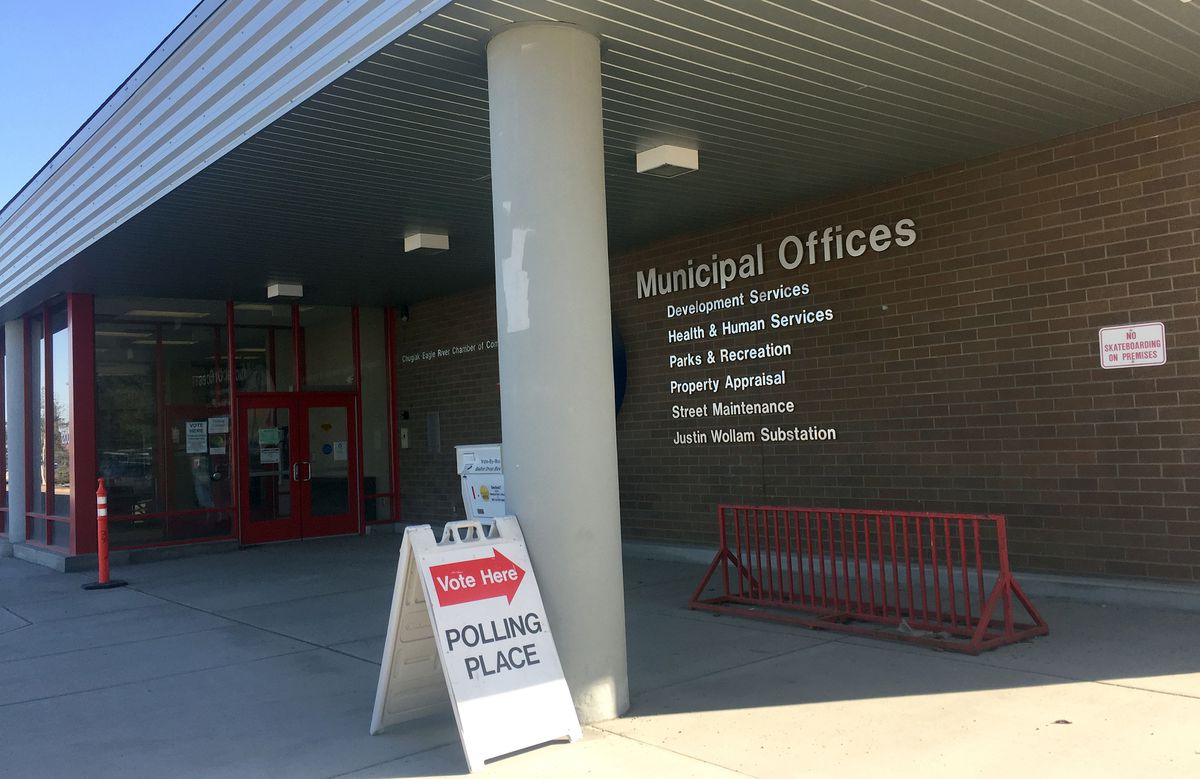 Parts of the Eagle River Town Center Building have been “red-tagged” due to newly discovered earthquake damage that could be more serious than previously thought.

“It’s still too early to tell,” how long the facility will be closed, he said Friday afternoon.

The new damage was discovered Friday after engineers inspecting the building found brick veneer was in danger of falling and there was the possibility of more structural issues than previously thought, he said. Noffsinger said engineers will return to the building Monday to do further inspections. The only tenant of the building on Business Boulevard that will remain open is the Alaska Club, which is located in the central part of the building.

Eagle River-Chugiak Parks and Recreation director John Rodda said he heard about the discovery just after lunchtime on Friday afternoon.

“Everybody’s going to have to scramble,” Rodda said.

Parks and Rec is currently gearing up for its summer programs and has numerous visitors each day to its offices. Rodda said the department will likely rent an RV to serve as a temporary mobile office. He said long-term plans won’t be decided on until engineers determine what kind of structural issues remain at the building.

“I suspect at the end of next week we’ll have a better idea,” he said.

Noffsinger said contractors will have to remove the damaged veneer and also open up parts of the building before engineers can get a full picture of the damage.

In addition to Parks and Recreation, the closure will also impact the library, the chamber of commerce and municipal code enforcement, street maintenance, health department and police offices in the facility. Chamber staff said Friday they’re still weighing their options and waiting to learn more about the potential duration of the closure before deciding where to move their offices.

The library announced its closure Friday and said the drop boxes at the Eagle River branch will also be closed; patrons with books to return should return them to other Anchorage Public Library facilities.

The building was damaged in the Nov. 30, 2018 earthquake, with the same ends of the building closed for about a month. The facility reopened at the end of December.