This is officially Anchorage’s rainiest May 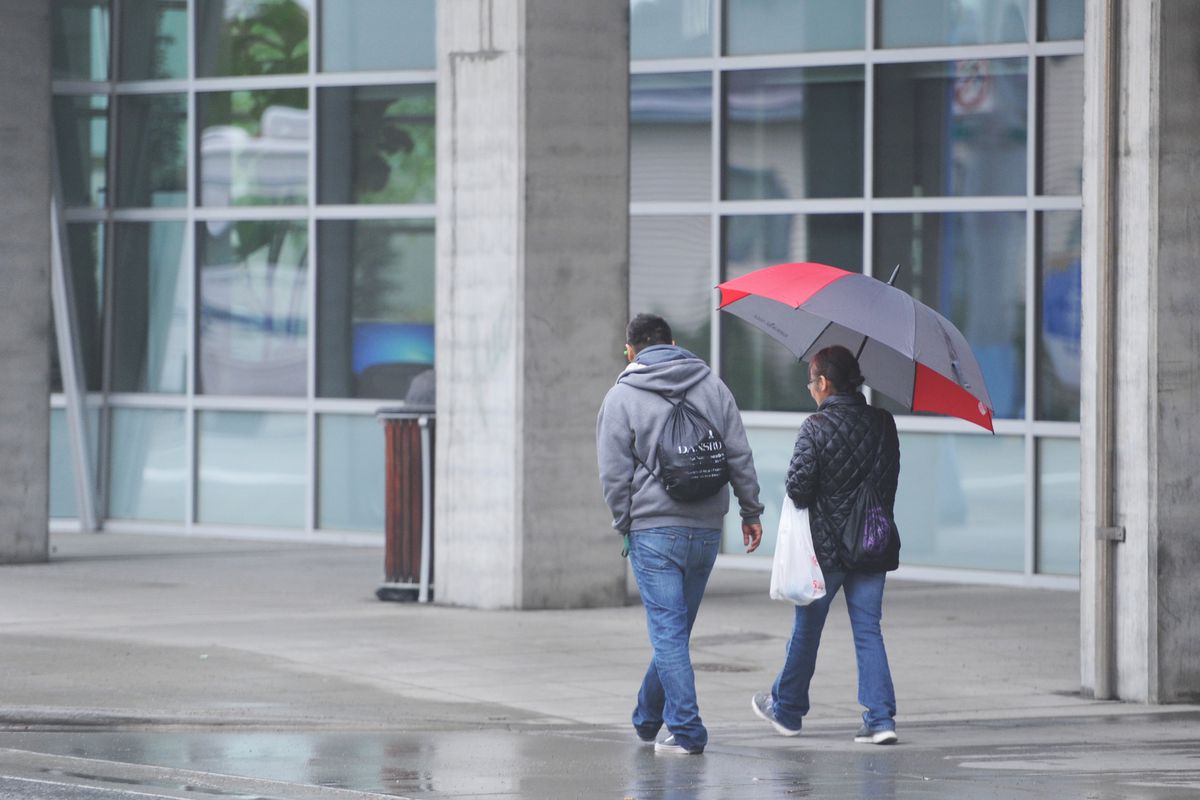 Pedestrians walk downtown during the rain on Sunday, May 26, 2019. Anchorage broke its record for the most rain ever recorded in the month of May. (Bill Roth / ADN)

Pedestrians walk downtown during the rain on Sunday, May 26, 2019. Anchorage broke its record for the most rain ever recorded in the month of May. (Bill Roth / ADN)

This is officially the rainiest May in recorded Anchorage history.

“And there’s five days left in the month,” Boyer said.

Precipitation records for Anchorage date back to 1952, Boyer said.

May is usually a dry month for Anchorage, with an average monthly rainfall total of just 0.56 inches. Rainfall this month has been more akin to typical fall weather, Boyer said.

“We’re going to finish over 2 inches for the month of May, which puts it up there approaching an August,” he said.

Anchorage has also set three daily rainfall records this month, on May 8, May 11 and Sunday, May 26.

Good news for soggy campers and others hoping to salvage a Memorial Day weekend outing: Most of the precipitation has passed, according to forecasters.

“There’s a pretty good chance people will get a dry day,” he said. “This thing has run its course.”