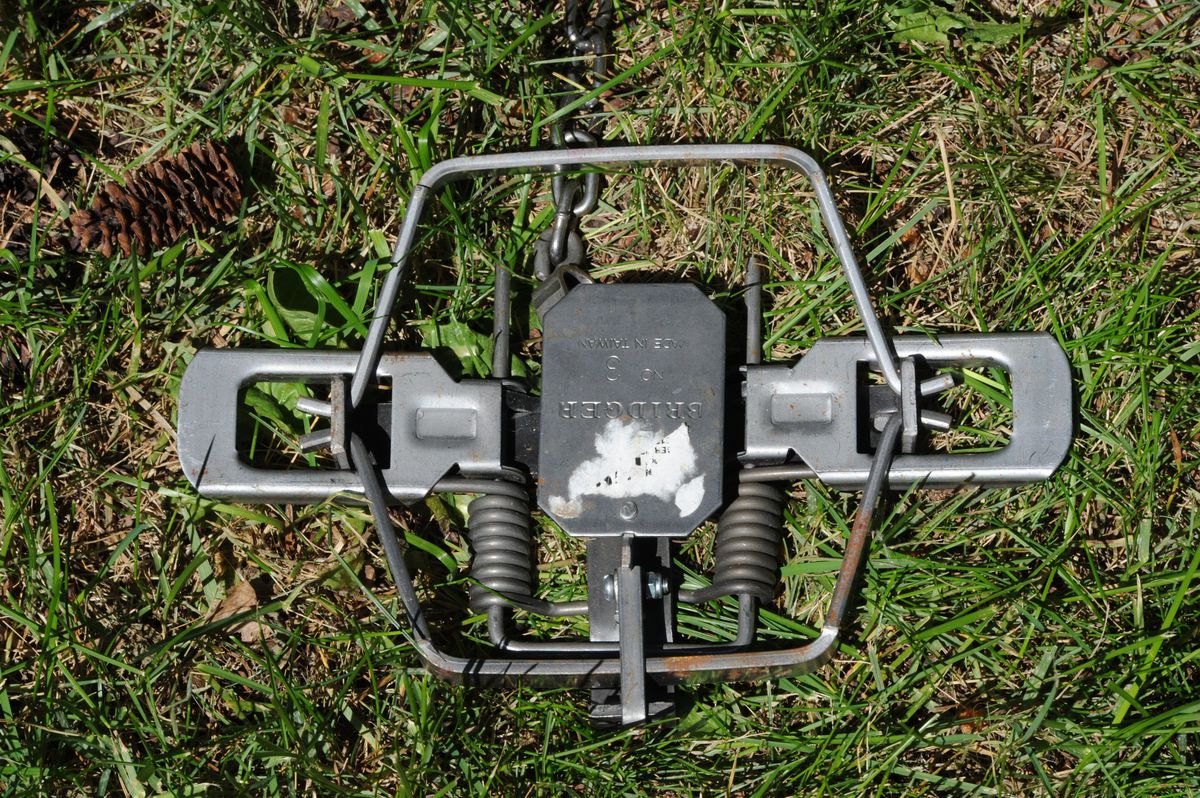 Tougher trapping restrictions will go into effect Friday throughout the Municipality of Anchorage, narrowing areas where people can legally trap.

The Anchorage Assembly approved the new law last month, citing concerns that traps meant to catch wild animals such as foxes and coyotes are instead catching pet dogs.

Supporters of the new law say it’s a necessary safety measure to prevent dogs and people from getting caught in traps. Opponents say the Assembly is trying to fix a problem that doesn’t exist. They say the Assembly is overstepping what it has authority to regulate.

Under the new city law, trapping will be banned within a quarter-mile of trailheads, campgrounds and homes and within 50 yards of developed trails, excluding offshoot trails. A trap or snare set within the municipality must also be marked with a trapper identification number and the owner’s contact information.

Under state laws, trapping already is banned across a large swath of the municipality, including parts of Chugach State Park. Where trapping is allowed in the park, state law also includes the 50-yard and quarter-mile requirements.

The new city law will mostly impact areas near Bird Creek, Girdwood and Chugiak. Trapping season in parts of the municipality generally runs from around November to February, stretching to April for beaver and May for muskrat.

He described it as a “common-sense approach” to a safety issue. He said he has heard tragic stories about dogs becoming ensnared in traps, sometimes dying.

Trapping bans in the Matanuska-Susitna Borough, approved by the borough Assembly in 2017, also inspired Petersen to propose the new law.

“If we could move the traps a little bit further off the trail, the odds would go way down that people’s pets or dogs or children or anyone would be caught accidentally in what would be a legal trap,” Petersen told the Assembly last month.

The intent is for the Anchorage buffer zones to apply to federal, state and Native lands across the municipality, where the city has concurrent jurisdiction, according to Assembly counsel Dean Gates.

City law defines a “developed trail” as any trail marked by a trailhead with a parking area and signage. Petersen said that by the end of June he hopes to introduce a resolution to the Assembly with a list of trails the buffer zones will apply to.

People caught trapping or attempting to trap in a prohibited zone could face a $500 fine. There’s also a $200 fine for failing to mark a trap or snare. Petersen said city code enforcement officers will likely enforce the new law and investigate traps based on complaints.

According to the city ordinance, there are about 3,500 trappers in Alaska.

In Chugach State Park, about six people register to trap in the park each winter, said ranger Tom Crockett. Most often, people are trapping in the Peters Creek and Bird Creek areas, he said.

Over about a decade, Crockett said, he’s pulled roughly 40 illegal traps and snares.

The Alaska Board of Game has the legal authority to regulate trapping, not the Assembly, he said. He also doesn’t believe legal traps are creating a public safety issue, so there’s no need for the new city law.

“Most of the problems with dogs and traps are a result of, one, dogs not being on leash and, two, trappers who are already not obeying the law,” Buist said. “And to think that if we just heap another law on top of that and it will solve the problem, I think that’s a little naive.”

The Alaska Trappers Association has roughly 1,000 members statewide, about 150 of them in the Municipality of Anchorage, Buist said.

In the backcountry of Chugach State Park, unleashed dogs are allowed but must be within voice command and under control at all times, Crockett said. Dogs must be leashed in parking lots and campgrounds.

It’s unknown how many dogs have gotten caught in traps and snares across the municipality. The data isn’t reported to any particular agency.

Laura Atwood, Anchorage Animal Care and Control spokeswoman, said, “Anecdotally, it’s not something we see very often.” In her five years at animal control, she said, she’s heard of at least two cases, one involving a dog and the other a cat. In both cases, the animals got caught in traps set in residential areas — where trapping is already illegal.

Lynn Mitchell, president of Alaska Safe Trails, said her group plans to track each time a trap catches an animal it’s not intended to, including pet dogs. The group pushed for the new trapping laws in Anchorage and Mat-Su.

A supporter of the new city law includes Becky Shaffer, whose 10-year-old dog Chloe got caught in a trap off a brushy trail in December near Kern Creek, off Mile 86 of the Seward Highway, she said. Chloe got stuck in a Conibear trap that was in a tree just off the trail and baited with fish heads, Shaffer said.

Shaffer had practiced releasing traps before, she said, in case anything like this ever happened. It still took her more than an hour to free Chloe, she said. About eight weeks later, Chloe died. Shaffer doesn’t know for sure, but she believes a blood clot from getting caught in the trap contributed to her dog’s death.

It’s unclear if the trail near Kern Creek will be included in the city’s list of trails with the 50-yard ban on trapping, since it’s not regularly maintained. Shaffer said she’s hoping it will be considered.

Shaffer said while she’s happy about the new city law, she’d like it to go even further — requiring the 50-foot buffer on less-developed trails.

“But something is better than nothing,” she said.

Alaska Board of Game Chairman Ted Spraker said he wished the Anchorage Assembly would have brought any proposed trapping bans to the state board and worked through its process so "everyone gets a fair shot at it.” He said he felt the public process was sidestepped in Anchorage.

Generally, Spraker said, it’s important that trappers follow laws and remain cautious about where they place traps, and also that pet owners keep control of their dogs and follow leash laws.

“Everyone needs to take responsibility,” he said.