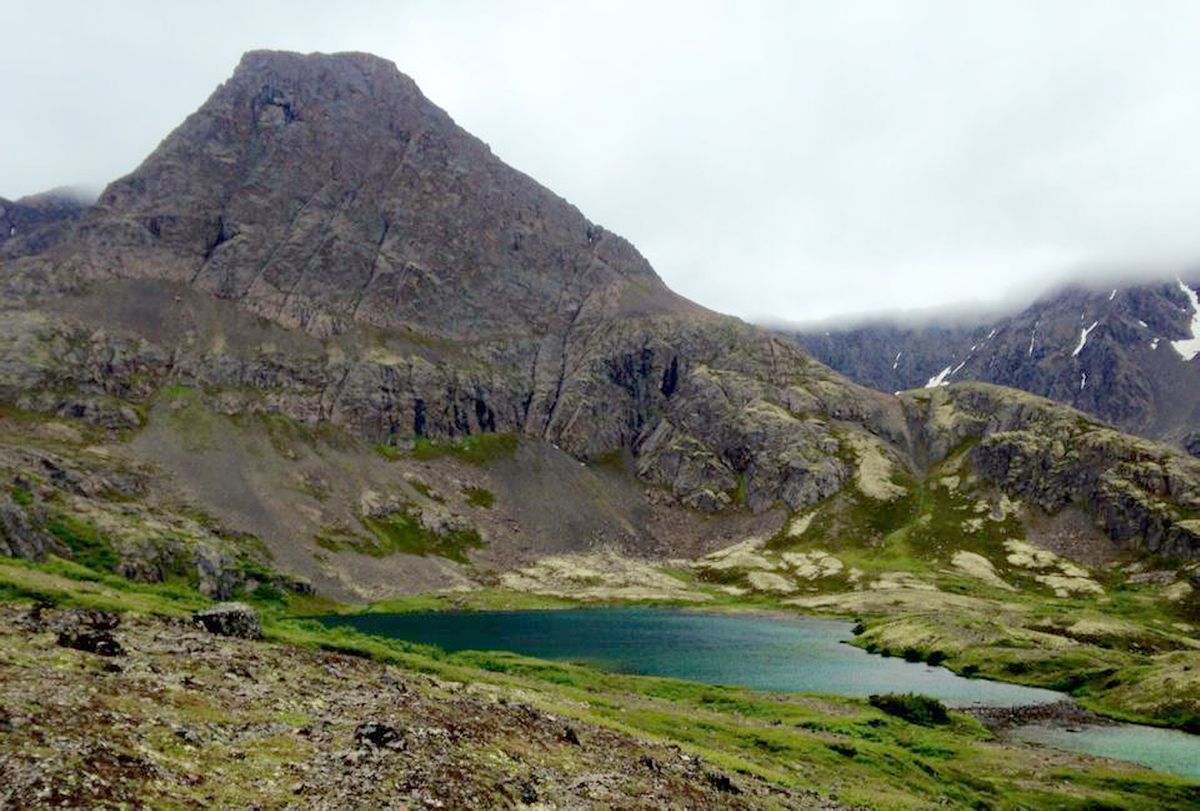 Before Blackwater Railroad Company came along, no one had ever approached Chugach State Park superintendent Kurt Hensel asking to have a concert in the backcountry.

It wasn’t a request Hensel was expecting, he said. To the best of his knowledge, no event like that had ever been held in the park at all.

It’s not that there are any rules against it. The state park system issues special use permits for other organized events, like weddings and trail races. But the general stipulations aren’t written with large music performances in mind.

The Seward-based folk band changed that. Although the band’s proposed solstice concert in the front range of the Chugach Mountains was eventually canceled, Hensel said the request has prompted him to rethink how the park plans for events like music performances.

Planning with conservation in mind

The concert’s proposed location at Williwaw Lakes, a popular hiking destination about 6 miles from the Glen Alps trailhead, was ultimately what caused it to unravel. In its wake are questions about whether concerts are a responsible use of park land.

For band manager J.W. Frye, the answer is yes — with the right number of people. The point of the concert, Frye said, was to have an intimate, outdoor experience that would encourage conservation.

“You get people active and in the outdoors, and they’re going to be the next generation of people out there protecting it and ensuring it’s well provided for," he said.

The band has played a handful of similar shows in Seward in years past, he said — twice at Mount Marathon and once at a privately owned beach accessible only by water. They hoped this year’s event could be their first backcountry concert outside the Seward area.

The size of the event would be key, though. It would have to be a small affair to keep the conservation focus.

Williwaw Lakes was chosen as the venue in part as means of limiting the number of people who would attend. Getting to and from the area amounts to a 12- to 16-mile round-trip hike, depending on the trail, and the band made clear on its Facebook event page that the experience was not for the casual concertgoer.

“Attendees should be well-prepared and physically conditioned to attend this experience,” the page read.

Under those conditions, Frye said, he expected perhaps 200 people to show up — a number that would, ideally, create an intimate experience and minimize the impact to the backcountry environment, he said.

As the number of people clicking the “Interested” button on a Facebook event page snowballed, though, the tally quickly swelled to more than a thousand.

That drew the ire of some trail users and outdoor enthusiasts who feared a concert would damage both the environment and the backcountry experience of non-concertgoers.

“There is absolutely no way that they can have an event with that many people in that area without having any sort of impact,” said Mat Brunton, an outdoor environmental educator and founder of the Anchorage Avalanche Center project.

The band and its sponsor, the Black Diamond Equipment retail store in Anchorage, deemed the concert a “leave no trace" event. Attendees would be expected to pack out their trash.

Brunton argued that there was no way to enforce that.

The alpine tundra at Williwaw Lakes is fragile, Brunton argued, and hundreds of people dancing and stomping their feet could destroy it. There was also no way to ensure that many people would not leave waste behind, especially with no bathrooms or trash cans, he said.

Brunton’s complete list of concerns was a lengthy one: the possibility of trail widening, a lack of parking at the trailheads, potential encounters with wildlife, handicap accessibility and so on. The idea of an outdoor concert was a great one, he said, but better done elsewhere.

In the end, Frye agreed — a thousand people was way too many. With just over two weeks until the concert, the event was canceled.

“You don’t want to disappoint anyone, but if the purpose of the event is to interact with the outdoors in a safe and sustainable way, that trail is not designed to have a thousand people on it in one day," Frye said.

A new opportunity for the park

Still, for Hensel, the park superintendent, the idea could make for a innovative marketing opportunity. It’s a different use for the park from what’s been seen before, he said, but it might inspire attendees to come back more often.

“I think what this encourages is a different way of looking at the park and looking at different things we can do to get people interested in the park," Hensel said.

What that will likely mean is asking outside park agencies that have done similar events for advice. Blackwater Railroad is playing another outdoor show in September at Caines Head State Recreation Area in Seward, and Hensel said he plans on attending to get a feel for how such an event might run.

Hensel said he’ll also be conferring with the Chugach State Park citizen advisory board to identify potential spots throughout the park that might make suitable venues for any future requests. Those spots would most likely have to be in the park’s recreation development zones, the frontcountry areas that rim the park’s perimeter and major roads, he said.

There are rules that have to be followed, of course. Special use permits are written on a case-by-case basis, but the general stipulations require the permittee to protect the land from damage, pick up any trash left behind and bury human waste, among many other rules. The liability for any damage falls to the permittee.

Now, Hensel said, the park will be exploring how additional stipulations can be crafted that pertain specifically to music performances.

Whether or not a permit gets approved would depend on factors including the size of the event, the band’s reputation and its commitment to environmental responsibility. What wouldn’t be welcome is what Hensel called “loud, obstructive environmentally damaging type events.”

Preserving the spirit of wilderness

Blackwater Railroad Company’s permit, although it was never used, was approved in part because of the event’s conservation focus, he said.

“I think this event had the potential for people to respect the environment and hold themselves accountable,” he said.

Even so, not everyone thinks concerts are a good use of park land. Brunton said for some, that kind of gathering goes against the spirit of the space.

That quiet wilderness place, Hensel argues, isn’t going away. Much of the park is made up of “wilderness zones,” undeveloped areas of natural land cordoned off to preserve that sense of solitude and challenge. A concert wouldn’t be allowed there.

It’s a calculated risk, but the park can’t know for sure what it might look like until it does it, he argued.

“We’re changing. Society is changing," he said. “Chugach State Park and other parks have a great opportunity to provide different experiences for people.”