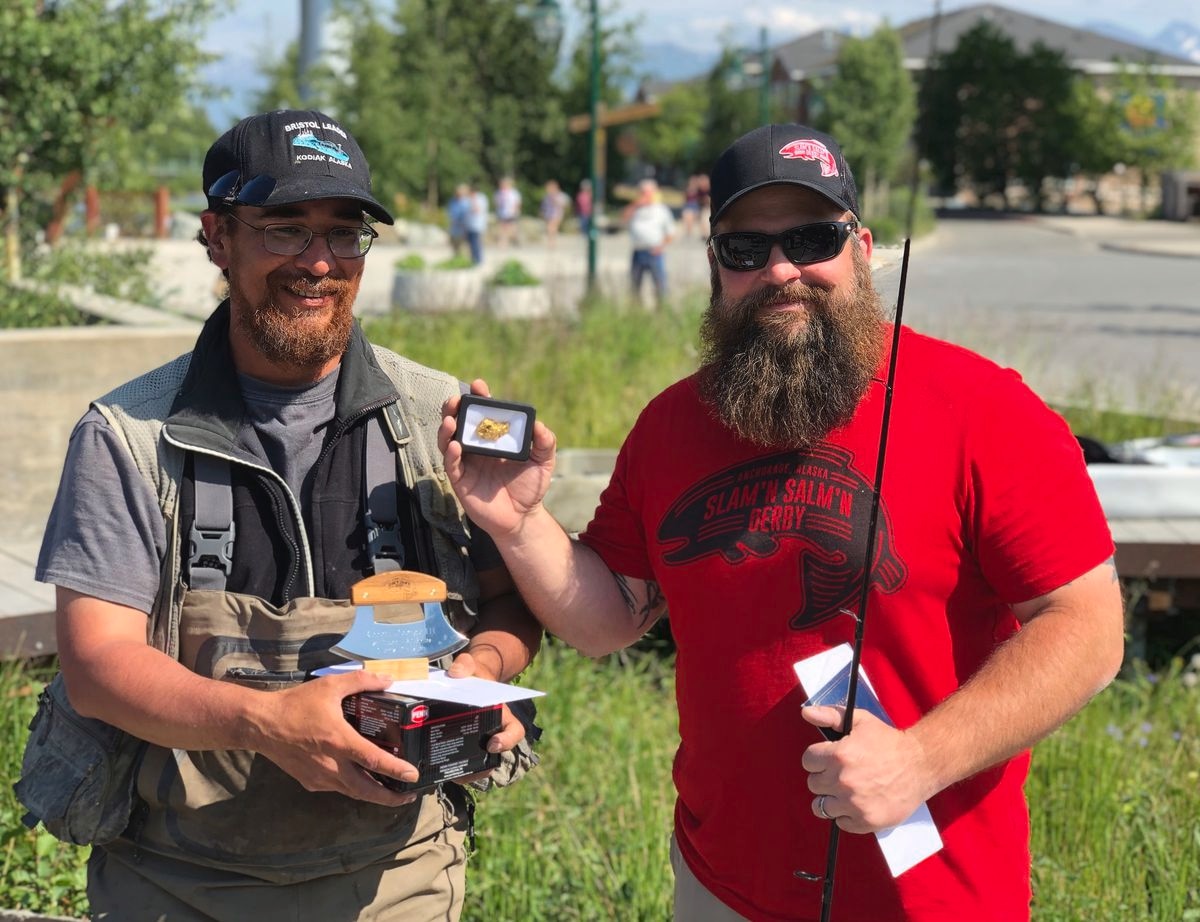 This year’s winner of the Slam’n Salm’n Derby is an Anchorage angler who spends many of his hours off from commercial fishing at Ship Creek.

Proceeds from this year’s event will go to the Downtown Hope Center, Battle Dawgs, Al Aska Shriners and the Alaska Sport Fishing Association, according to organizer and sponsor The Bait Shack.

After the creekside awards ceremony Sunday, George examined a hefty gold nugget included as part of the prize package valued at more than $5,000.

George said he commercial long-lines for Pacific cod out of Dutch Harbor.

When he’s back in Anchorage, he’s fishing for fun, he said. A Ship Creek regular, he spends most of his waking hours fishing during the derby, he said.

“I get down there at 8 in the morning and sometimes, I don’t leave until 11 at night,” he said.

New Slam'n Salm'n Derby leader. 30.35. Robert picked this beast up in the incoming tide with some fresh salmon eggs behind a Spin-N-Glo. Fish On!

-Randolph Rimple III, who won the military division with a 24.55-pound king.

-Genevieve Babao, who won the women’s category with a 24.25-pound king.

-Michael Bilango, who won the youth division with a 22.9-pound king.

George said he landed the fish that won him the derby on June 19, at an unusually quiet bend in the creek.

“Usually there’s 10-15 people there,” he said. “But there was nobody on that corner, except one other guy. I threw out the bait. I just waited. Couple minutes later the fish hit. It rolled on the surface, and it was like oh, that’s a big one.”

He said he immediately knew the fish was a contender to win the derby when he pulled it out of the water.

“I knew it was going to be top one or two, right away,” he said.