A trip to downtown Nordstrom was a fixture of Anchorage life for 44 years. Now, it’s going away. 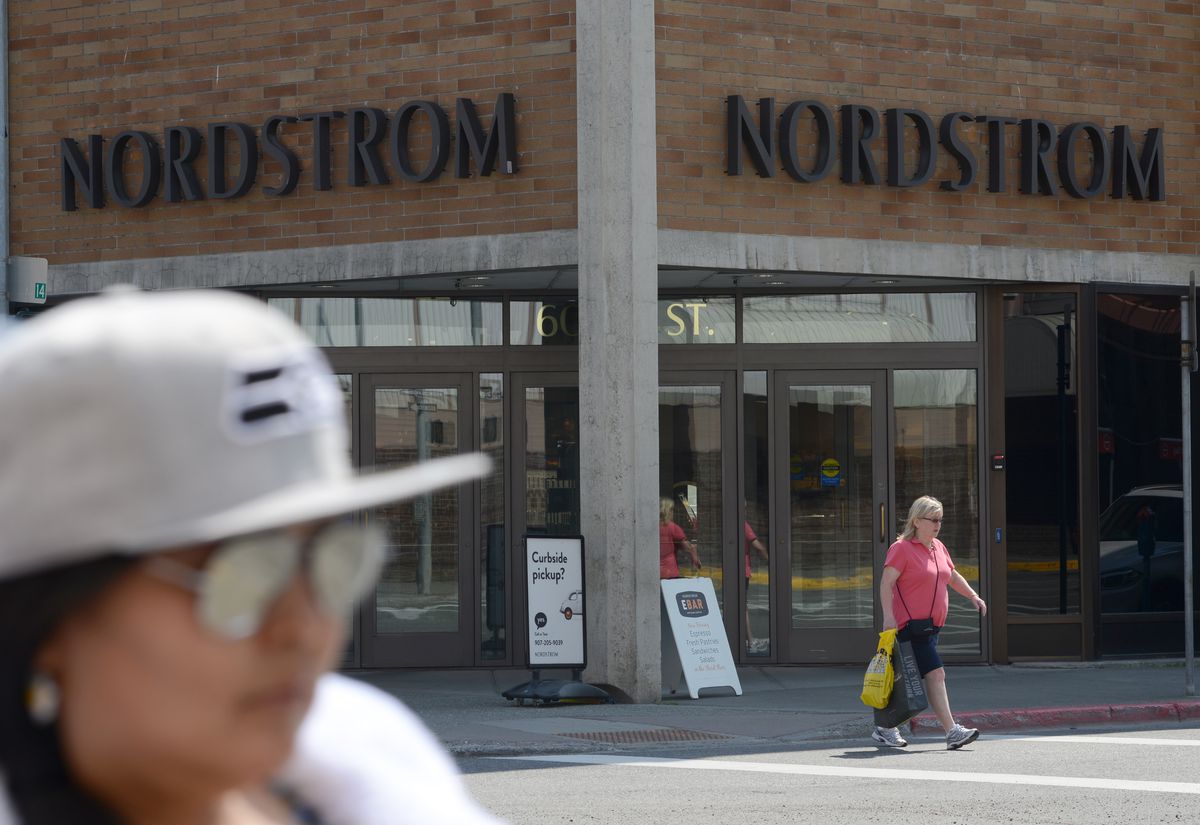 Nordstrom arrived in Anchorage during the pipeline boom in 1975, delivering the sophistication of Outside to people who knew it and missed it and people who wanted to know it.

It offered big-city luxury in a town on the edge of the wilderness, bringing the latest in fashion to a place used to ordering by catalog.

It survived Alaska’s economic crash in the ’80s and, for many years, relentless competition from online retailers, carrying on as a perfume-scented downtown destination that was woven into of the rituals Anchorage life: a place where mothers took daughters for lunch and a new pair of shoes. Where people went to buy prom dresses and funeral suits, and where generations of children took pictures with Santa Claus at Christmastime.

But, like many old-line, landmark department stores, Nordstrom couldn’t make it in Anchorage anymore.

On Wednesday the Seattle-based company announced that it would be shuttering its Anchorage store in September. A Nordstrom Rack store will remain. The news unleashed a torrent of memories and reflections on the ways the store worked its way into life here. And it punched a 97,000-square-foot hole in downtown Anchorage’s already-struggling retail core.

“Nordstrom to me and my mother, daughter, close friends was a place to meander through and feel like a civilized woman in a rugged northern state,” wrote Diana Maioriello of Anchorage.

Alaska has loved and lost Nordstrom stores before.

In 1989, when the Fairbanks store closed, a group of women in the city held a protest complete with signs.

“Give me Nordstrom or give me death,” one sign said, according to an article at the time.

On Wednesday, people remembered the Anchorage Nordstrom as a portal to fashion and sophistication that could otherwise feel very far away.

Growing up in Anchorage, “Nordstrom, the bookstore + the record store were the only places I felt I could go + not only glimpse but also touch the outside world,” wrote Elaine Chukan Brown, a wine writer originally from Anchorage, on Twitter on Wednesday. “It is still a profoundly remote place.”

“It’s more than a department store, it’s a frame of mind, it’s a way to beat the winter doldrums,” said Maioriello. “There are no replacements or replicas in Anchorage.”

Minda Thon of Anchorage and her mother would meet for lunch in the second-floor cafe there. She continued the tradition with her daughter and grandchildren.

“I was born and raised here and was in the Easter fashion show as a kid, went every Christmas for cider, got makeup done there for prom, took my kids to the Santa there,” said Carolyn Heyman of Anchorage. “It always felt like home, as much as any store can feel that way.”

It has been the place where men can get presentable suits, and professional women find work clothes. Salespeople are specially trained in fitting bras for women who’ve undergone mastectomies. Hard-core shoppers plan their schedules around the Anniversary Sale and Half Yearly Sale. The second floor women’s bathroom, with its “mothers’ lounge,” is the nicest place to breastfeed a baby in any public restroom in the city.

You can get your eyebrows waxed and your pants hemmed, in one stop. It even has a nickname: Nordy’s.

For its 170 employees, Nordstrom also provided something rare today: A long-term career in retail. There were employees who developed relationships so intimate they’d call their best customers when a size or style came in.

Elaine Parmelee worked at Nordstrom seasonally for years, starting with a gig unloading inventory in the stockroom. It helped her launch her career and develop a lifelong work ethic, she said.

“Nordstrom fostered my love of retail,” she said. “You can’t slide your hand across a rack of sweaters online -- and you don’t get hit with a wave of that iconic ‘Nordstrom scent’ when you click to a website.

When his restaurant Crush Wine Bistro & Bottle Shop opened across the street from Nordstrom “that little corner of Anchorage felt so modern,” he said. “We’d have to stash shoppers Nordstrom bags while they enjoyed an afternoon glass of wine.”

Nordstrom’s popularity flagged in recent years. Even amid a wave of nostalgia, many people noted that they hadn’t actually visited the Anchorage Nordstrom often lately.

Thon, who was walking into Nordstrom with a friend for lunch on Wednesday, said she was a loyal customer. But she hadn’t been inside the store for a while.

“I usually order everything online,” she said.

Other people online noted that Nordstrom, a high-end store with matching prices, is out-of-reach for many.

The store was quiet on Wednesday afternoon. Employees talked in small groups. It smelled like a dozen fancy perfumes. There were metallic Birkenstocks and party dresses for sale on the racks, but not many shoppers.

Ellen Arvold, the owner of an upscale consignment shop a block from Nordstrom, said she was saddened but not surprised by the store’s closure.

“I think (the closure) is just part of the overall decline of brick-and-mortar shopping,” she said. “Which is sad. But there’s still going to be people who want to try it on, to touch it in person.”

Arvold isn’t concerned about her own business, Second Run.

Nordstrom has left its mark on Anchorage in one other way: a small cluster of boutiques near Second Run calls itself the “SoNo District” short for “South of Nordstrom.”

When there’s no more Nordstrom, “we’ll probably have to think of a different name,” she said.