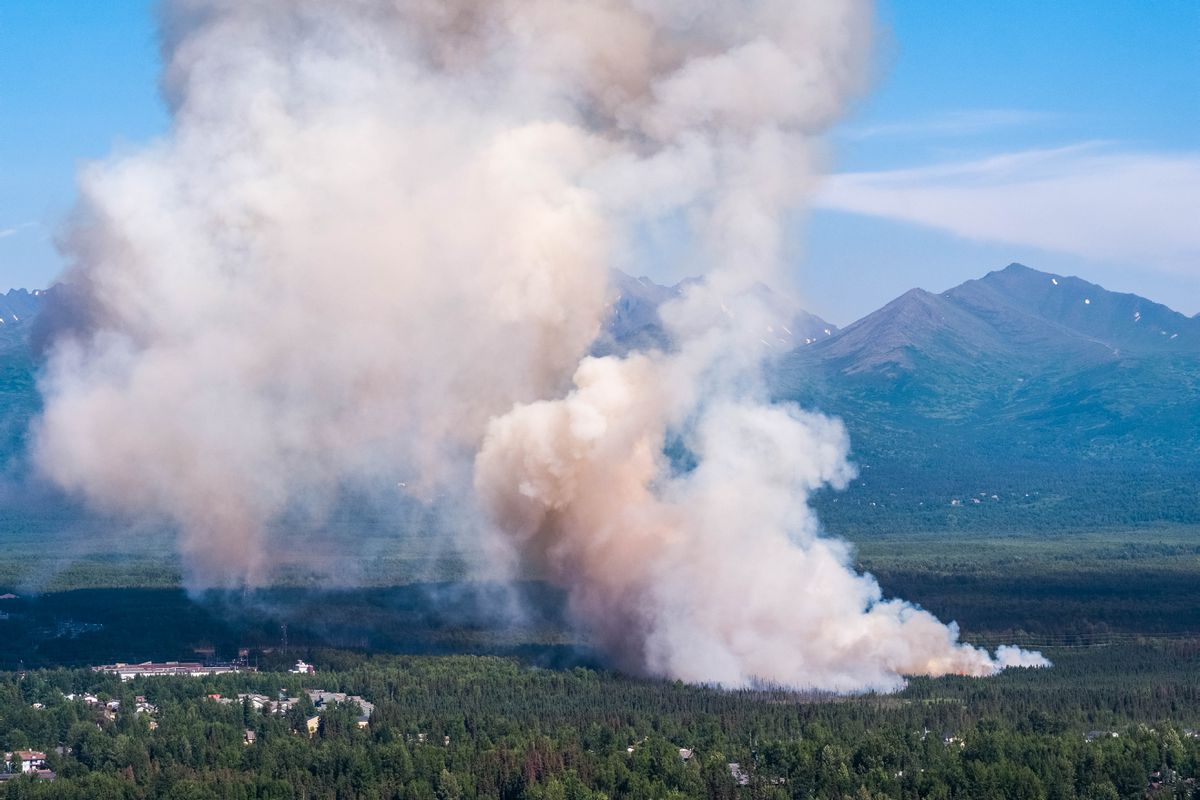 “Based on the amount of human activity in the area, we do believe it’s human caused,” said Tim Mowry of the Alaska Division of Forestry.

When asked what he meant by “human activity," Mowry said the trail system runs through that area, and homeless encampments are believed to have been nearby.

He said he could not confirm whether the fire originated in a homeless camp and said the specific source of the fire hasn’t been identified.

Depending on how intact the fire’s origin is, it may take a long time before investigators are able to puzzle out what started it.

“They may not be able to narrow it down to the initial cause,” Mowry said.