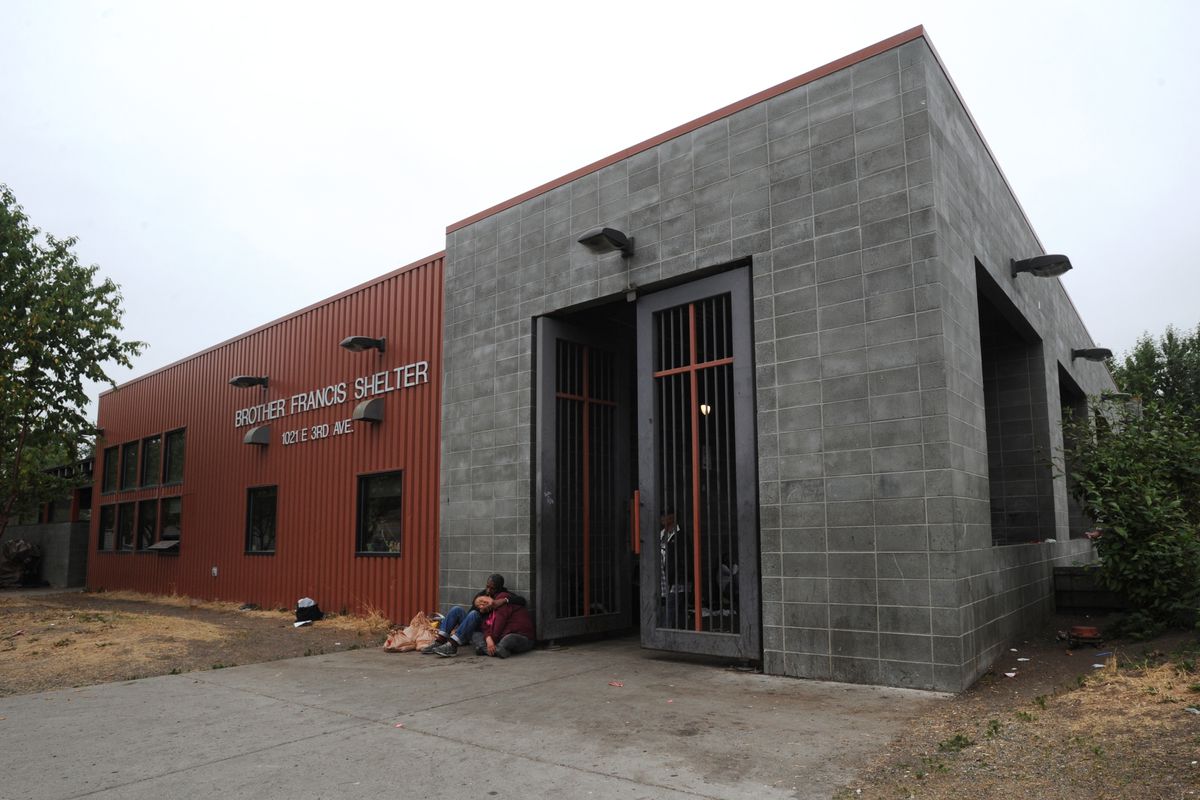 A lack of funding is forcing the Brother Francis Shelter in downtown Anchorage to turn people away during the day, and its parent organization is bracing for even deeper cuts from the governor’s budget vetoes.

As of Tuesday, the shelter is closed during the day to anyone who isn’t staying there or involved in its medical respite program. The front bathrooms and medical clinic will remain open.

The shelter has been offering daytime services to the public, like laundry facilities, a computer lab and showers, for about three years. Those services were initially funded by a one-time grant from the city of about $200,000, said shelter director David Rittenberg.

“It was a relatively quiet place where people were welcome and people were accepted, and as long as people were safe, they were allowed to use the building during the day as a place of respite,” Rittenberg said.

However, staffing and utility costs of keeping the shelter open during the day have become too much, Rittenberg said — especially with a drop in public support that’s left the organization drawing from its savings.

“We attribute it, in part at least, to the economy in general,” said Lisa Aquino, executive director of Catholic Social Services.

The closure comes amid drastic cuts to state social service programs that amount to a $1.3 million loss in grant funding for Catholic Social Services. The Brother Francis Shelter will lose about $350,000, or 13% of its budget.

“We are functioning and paying for our services in the short term on reserves,” Aquino said.

If that grant money doesn’t come in — and with lawmakers still in a standoff over where to meet, it seems increasingly unlikely that it will — the organization won’t be able to operate out of its reserves much longer.

That translates to about 14 staff positions being eliminated, including three shelter staff and around five case managers, Aquino and Rittenberg estimated.

It also means that, in the coming weeks, the shelter will have to reduce the number of people it can accommodate from 240 to 100.

That leaves the shelter, which normally houses people on a first-come, first-served basis, in what Aquino called the “horrible situation” of having to decide how to prioritize its clientele. The shelter’s guests, she said, belong to all kinds of vulnerable populations — elderly people, people with mental illnesses, people on the verge of getting back on their feet, and others.

Despite the daytime closures, Rittenberg said, he hasn’t seen an increase in people lingering outside the shelter. He said that may change, though, come Aug. 1, when people whose benefits haven’t been paid — also because of the vetoes — can’t pay their rent.