State awards former Knik Arm crossing official a no-bid contract worth up to $100,000 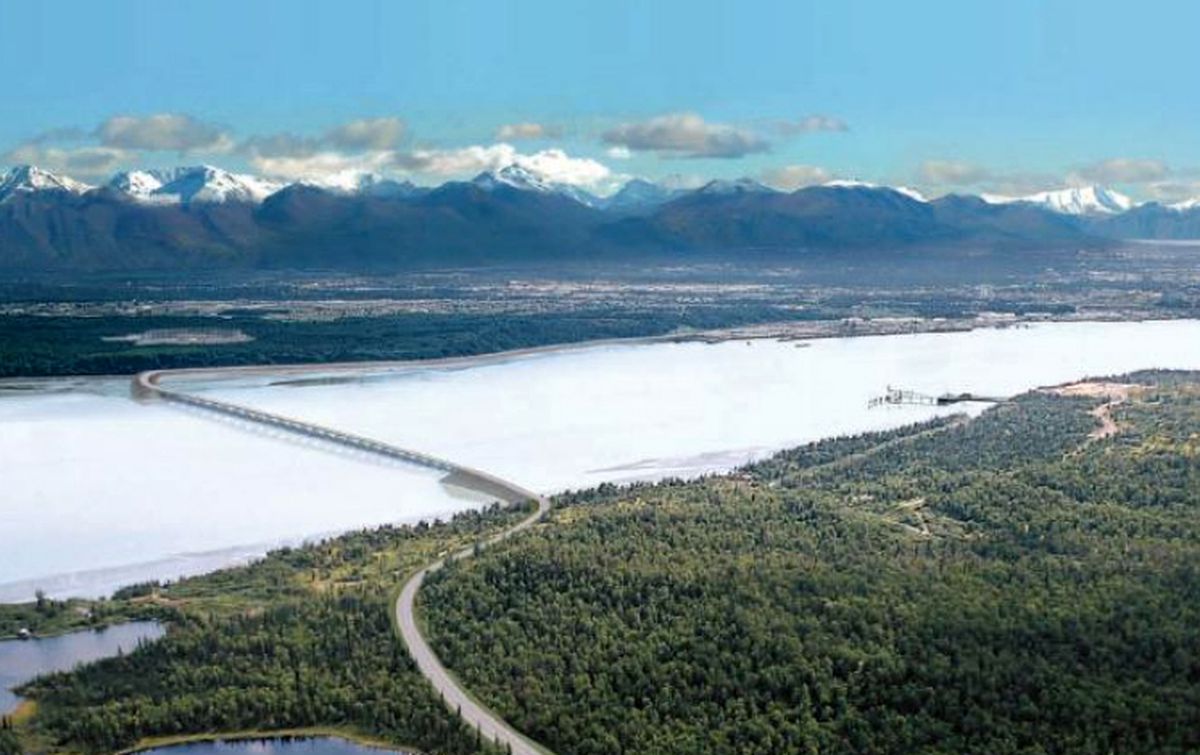 An artist's rendering of the proposed Knik Arm crossing connecting Anchorage and the Mat-Su. (Alaska Department of Transportation of Public Facilities)

An artist's rendering of the proposed Knik Arm crossing connecting Anchorage and the Mat-Su. (Alaska Department of Transportation of Public Facilities)

Amid big budget cuts by Gov. Mike Dunleavy, his administration has awarded a no-bid contract worth up to $100,000 to a former state official with the mothballed Knik Arm Crossing project who is studying the risks and benefits of resurrecting it.

The state Department of Transportation and Public Facilities awarded the sole-source, 4.5-month contract on March 19 to Kevin Hemenway, the former longtime chief financial officer for the project, records show.

Hemenway said no one knows as much about the Knik Arm Crossing as he does. That unique knowledge played a role in his selection.

“I’m doing this because I believe this is a good project for the state to consider,” said Hemenway, 59.

The contract was uncovered through a public records request by Bob French, an engineer and longtime critic of the effort. French provided the contract to news media Tuesday.

Dunleavy recently vetoed $444 million from the budget to shrink a giant deficit.

“I think this contract is fiscally irresponsible," French said. “We are cutting services across the state, but they are looking to spend another $100,000 to study something that’s been studied for 15 years.”

The 2-mile toll bridge across Cook Inlet would connect Anchorage with Point MacKenzie in the Matanuska-Susitna Borough. It would cost more than $1 billion to build.

Former Gov. Bill Walker shut down the project in 2016, saying it wasn’t worth pursuing during tough economic times.

Dunleavy in February reversed an executive order by Walker that put the brakes on that and other major construction projects. Dunleavy said during his campaign and shortly after his election to office that he would reconsider the bridge, but it needs to fit into the state’s “fiscal realities.”

The state Legislature created the Knik Arm Bridge and Toll Authority in 2003 to develop the project. By 2016, some $85 million in state and federal funds had been spent on it, officials said at the time.

Hemenway said transportation commissioner John MacKinnon asked other department officials to reach out to him about the possibility of studying the project, leading to the contract. The two men have known each other for years, dating back to MacKinnon’s term as deputy commissioner of the Department of Transportation more than a decade ago, he said.

The contract directs Hemenway to pay special attention to areas that include financing options such as federal loans and private investment. He should recommend the “best value” to the state, and develop a potential work plan and budget should the state decide to advance the project.

The state transportation department said Hemenway’s "deep understanding” of the project is unique, according to an email from Meadow Bailey, a department spokeswoman.

The award is in "the state’s best interest,” the email said.

Hemenway’s “vast knowledge of the project provided an efficiency — Mr. Hemenway did not have to spend time learning about the project, he already possessed that experience," the email said.

The contract will not necessarily lead to more spending on the project, the department said. But it will help officials determine its economic feasibility. Construction could lead to economic development and new jobs, it said.

A single dollar spent on the bridge is money wasted, French said.

In early 2016, federal officials rejected a $375 million low-interest loan for the bridge.

But Hemenway and others continued working to secure the loan. They were close to securing it when the project was shut down later that year, Hemenway said. The project had received investment-grade rating opinions from Standard and Poor’s and DBRS, clearing a key hurdle, he said. Other loan requirements were also met, he said.

Hemenway said he expects to produce his report to the state soon after his contract ends.

Hemenway said the bridge, if built, would be an important alternative when accidents or weather halt traffic on the only road north out of Anchorage. It would be just the third road out of the city. Mat-Su residents who commute to Anchorage would also benefit, he said.

“For safety and route-redundancy purposes there’s a transportation issue in Anchorage that is probably unique in the country for a city of this size," he said.