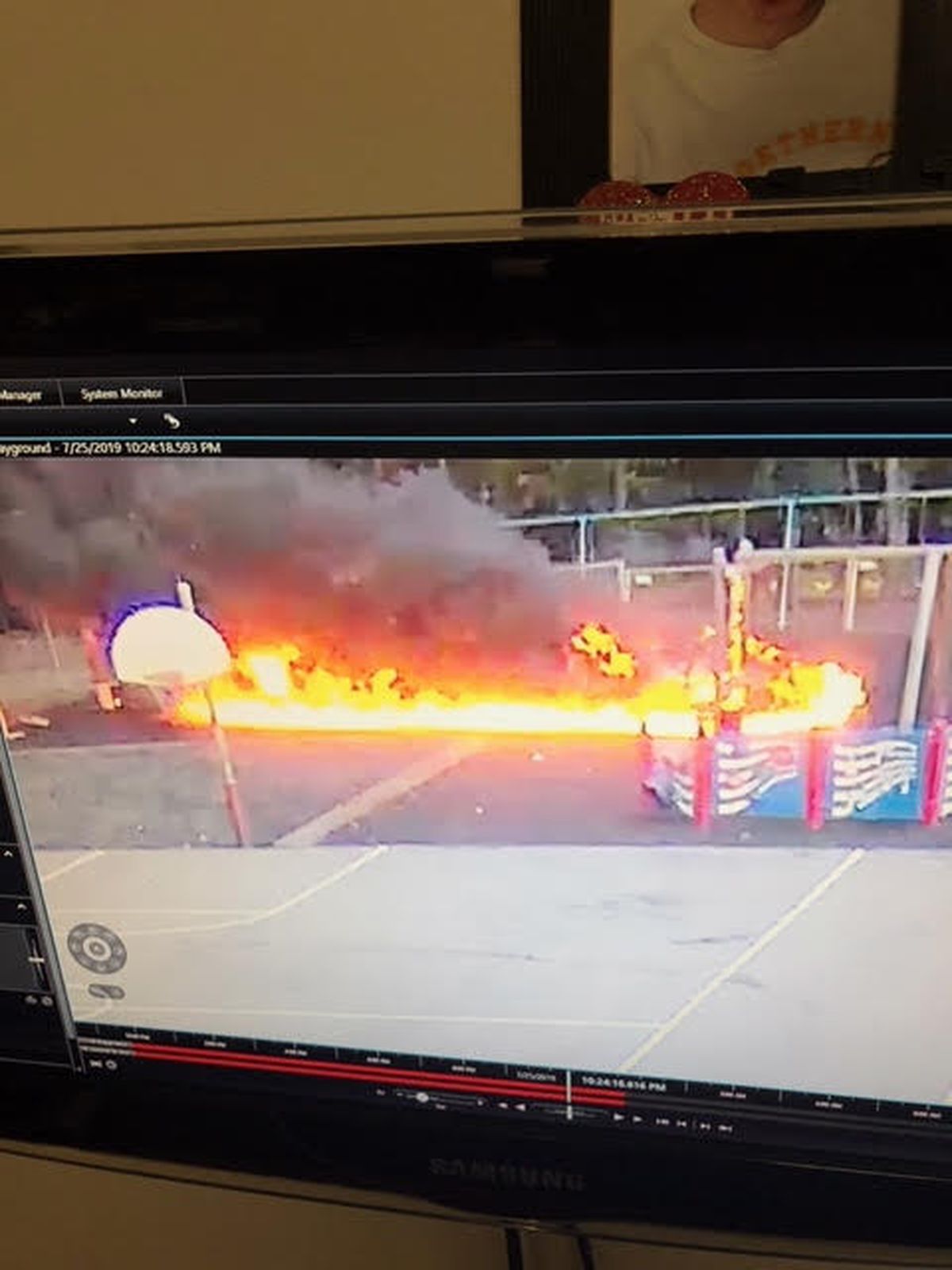 Police say a teenage boy was arrested Friday for causing a fire in a playground at College Gate Elementary that caused an estimated $100,000 in damaged equipment.

The fire at the East Anchorage school was reported just before 10:30 p.m., Anchorage School District maintenance supervisor Bryan Stenehjem said Friday morning. Anchorage Fire Department crews found a 30-foot-by-50-foot area on fire. The damage covers about a quarter of the playground. The equipment won’t be replaced until next summer.

The Anchorage Police Department responded and found the teen in the area, police said. He was questioned and arrested, then taken to McLaughlin Youth Center. Charges were forwarded to the state Department of Juvenile Justice.

The school is located on Sunflower Street near the intersection of East Northern Lights Boulevard and Boniface Parkway.

Students arriving at school when the year starts next month will find the scorched part of the playground fenced off, he said. The damaged equipment won’t be replaced until next summer: It takes two to three months just to ship the items here from the Lower 48. The Ring Trek isn’t available any more.

A crew of eight maintenance workers arrived at the playground Friday morning to start cleaning up the damage, he said.

School starts in about five weeks. Principals and administrative staff returned to work this week.

“This is a bad way to start,” Stenehjem said. “It’s not a good thing for anybody, not for the taxpayers, not for the parents that have students going here.”