Floatplane pilot injured in crash at Lake Hood in Anchorage 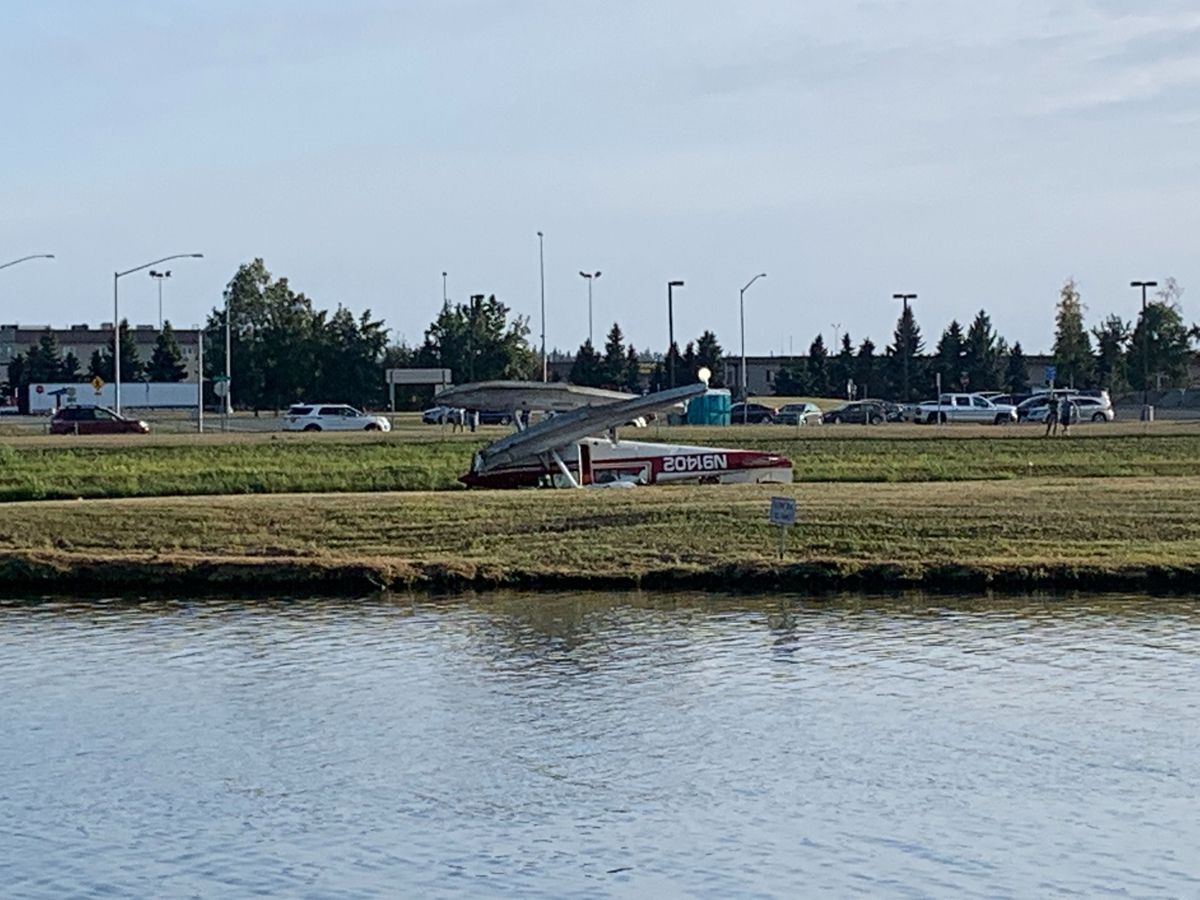 A pilot was injured when a floatplane crashed Monday evening at the Lake Hood Seaplane Base in Anchorage.

Airport police believe that the plane was taking off when it crashed in the middle of Anchorage’s Lake Hood on Gull Island, said Sgt. Mike Farmer with the Ted Stevens Anchorage International Airport Police and Fire. He said emergency crews were notified of the crash at around 6:30 p.m.

The sole occupant of the plane was taken to the hospital with minor injuries, Farmer said.

According to the Federal Aviation Administration registry, the Cessna 180 is registered to Arthur Terrell.

At around 8 p.m. Monday, Ken Kozlowski, a mechanic at the airport, was waiting on the banks of Lake Hood for authorities to escort him to the Cessna, which was still flipped. Kozlowski said he’d worked on the plane and had known Terrell for about 25 years. He was called to the airport to shut off an ELT beacon in the plane.

“He was very meticulous with his plane,” Kozlowski said of Terrell.

An official with the National Transportation Safety Board said the agency is preparing to begin its investigation with the FAA.