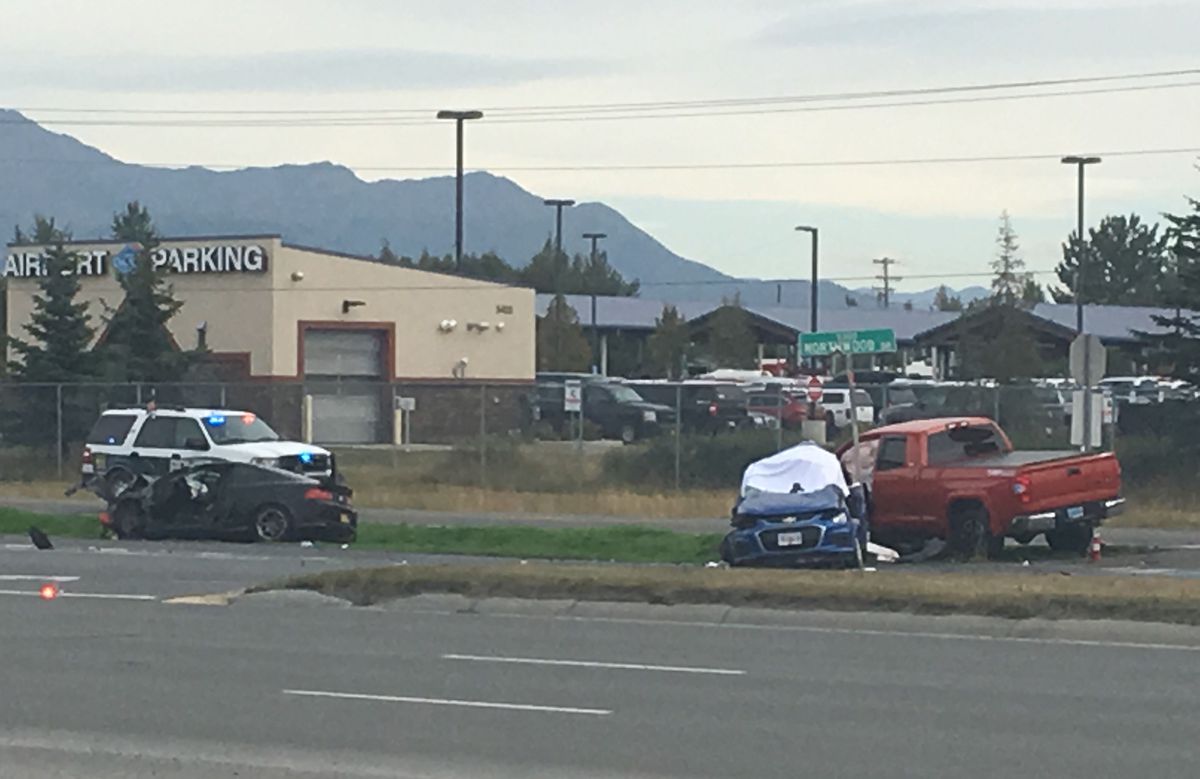 Update, 11:20 a.m. Tuesday, Aug. 20: Anchorage police on Tuesday identified the woman who died in the crash as Deborah S. Sherfick, 66.

Sherfick was driving a blue Chevy that was T-boned by a black Acura at West International Airport Road and Northwood Drive on Thursday. The driver of the Acura was expected to survive, police said, after he was taken to the hospital with unspecified injuries.

“A charging decision will be made after toxicology results have been received,” police said in a public alert.

Police are still seeking witnesses and dashboard-camera footage of the crash. Those with information can contact the APD traffic investigator on the case at 907-786-8748.

Officers responded to a report of a crash around 3:42 p.m. at West International Airport Road and Northwood Drive, police said.

“Initial indications are that a black Acura, which was being driven at a high rate of speed according to witnesses, was headed eastbound on International when a blue Chevy made a left hand turn to go from westbound International onto southbound Northwood Drive," police said. "The Acura T-boned the Chevy. The Chevy was pushed into a Toyota Tundra.”

“The cause of the crash, and whether or not drugs or alcohol were involved, is still under investigation,” police said.

In a follow-up post, police asked that anyone who might have seen the 2006 two-door Acura RSX coupe, license plate KBN737, being driven erratically Thursday afternoon contact the investigator at 907-786-8748.

The name of the woman who died in the crash will be released once next of kin have been notified, according to police.