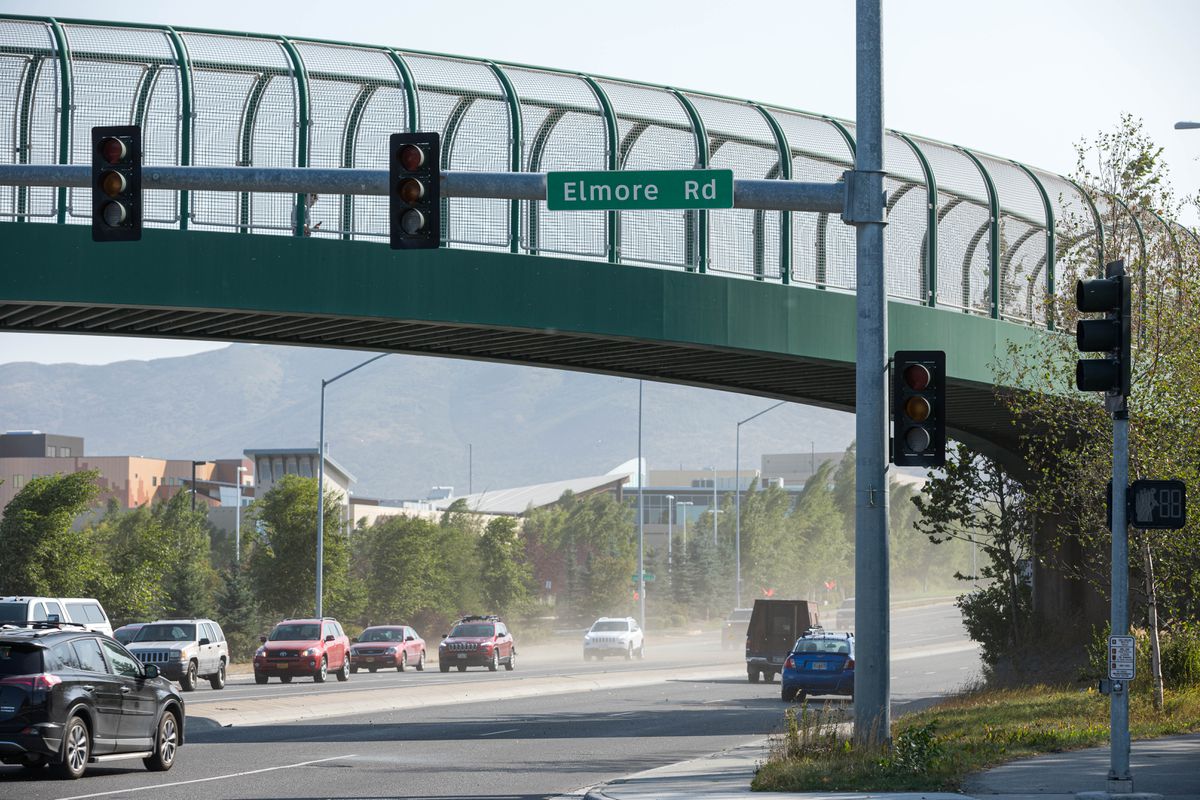 Streetlights are out at the Elmore Road and Tudor Road intersection Saturday, Aug. 17, 2019. A power outage likely caused by wind is impacting parts of east Anchorage. (Loren Holmes / ADN)

Streetlights are out at the Elmore Road and Tudor Road intersection Saturday, Aug. 17, 2019. A power outage likely caused by wind is impacting parts of east Anchorage. (Loren Holmes / ADN)

Multiple power outages affecting more than 4,000 people were reported across Southcentral Alaska on Saturday morning, including a large outage in East Anchorage.

By 3 p.m., local utility officials said power was restored to those affected by outages in Midtown, around the University-Medical District and in parts of Muldoon.

Municipal Light & Power said in a Facebook post that 3,600 customers had lost power in an area that extended roughly from northern DeBarr Road to the U-Med District in the south. Another 252 had lost power in Muldoon, an area serviced by Chugach Electric Association.

ML&P said that “blown trees contacted a transmission line” amid windy conditions and caused the outage, and workers worked to remove the trees Saturday. Chugach Electric said there “were several trees in the lines” affecting power for Muldoon customers.

Just before 3:30 p.m. Saturday, after power was restored amid those outages, Chugach Electric said “trees in the line” were causing another outage east of Muldoon Road, affecting 285 customers between Peck Avenue and Duben Avenue.

Peck/Duben outage: there is an outage impacting 285 customers between Peck and Duben , east of Muldoon. AFD is on scene. Trees in the line.

Outages affecting hundreds of Chugach Electric customers were also reported across Cook Inlet in Tyonek and on the Kenai Peninsula between Cooper Landing and Moose Pass.

Julie Hasquet, a spokeswoman for Chugach Electric, said those outages were also likely caused by wind and customers might expect to see further outages throughout the day.

Anchorage police asked members of the public to call power companies to report outages instead of dialing 911, which is reserved for emergencies only.

Police offered this reminder for drivers approaching intersections where stoplights have stopped working: “When you arrive at an intersection that either has no power, or is blinking red on all sides, treat it as a 4-way stop. This means that only ONE car proceeds through the intersection at a time and drivers from each side take a turn.”

Grappling with the outage at Fire Island Rustic Bakeshop in Airport Heights, employees were talking about moving refrigerated items to another location so they wouldn’t go bad. Without power, they couldn’t bake.

Baker Marrah Williams was mixing buttercream for macarons by hand. With the stereo unusable, an iPhone playing music in the bakery had been placed in a mixing bowl to amplify the sound and create a makeshift speaker.

“Being a baker when the power is out kind of puts a damper on things,” baker April Ingrim said.