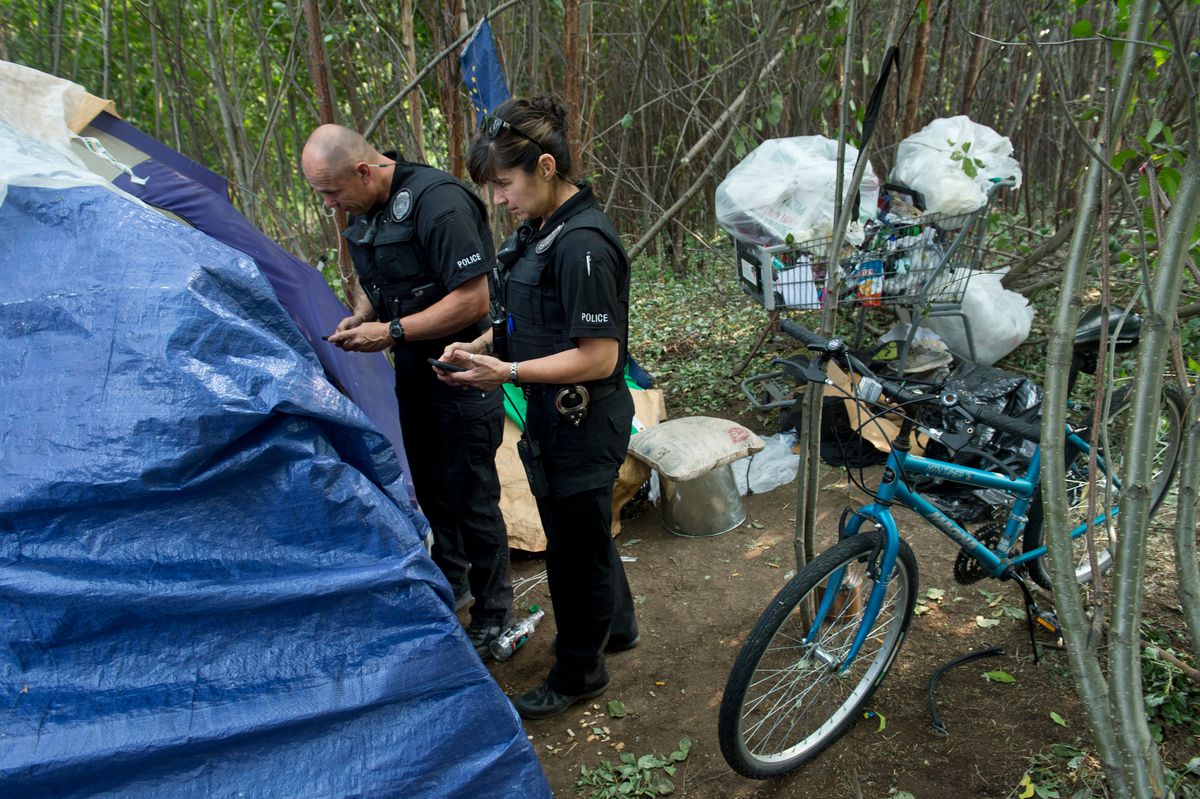 Anchorage Police officers Gordon Korell, left, and Sally Jones speak with occupants of a tent at Cuddy Family Midtown Park on August 22, 2019, during the Point-In-Time count of homeless people in the city. (Marc Lester / ADN)

Anchorage Police officers Gordon Korell, left, and Sally Jones speak with occupants of a tent at Cuddy Family Midtown Park on August 22, 2019, during the Point-In-Time count of homeless people in the city. (Marc Lester / ADN)

Anchorage police officers walked through homeless camps Thursday to count occupants at various locations as part of the semiannual Point-In-Time count. Since Tuesday, about eight officers have been counting homeless people for the survey, which continues through Friday. Other volunteers are helping with counts at homeless shelters and on streets.

“If you want to manage anything, you need to measure it. So that’s what we’re attempting to do,” Berkowitz said.

The U.S. Department of Housing and Urban Development requires the count to be done once a year. For the last three years, Anchorage has conducted an additional count in the summer for a more accurate report of the population size, Burke said. The data is used to help advocate for funding to reduce homelessness.

“It gives us an idea of the level of need in the community,” Burke said.

[Should people have a legal right to sleep on city streets? The nation’s homeless crisis sparks a partisan battle.]

Jones, who has been involved in several counts in recent years, said data collection has improved since the launch of the city’s online portal for reporting homeless camps, which allows users to report a specific location on a map. The officers estimated about half the camp occupants agree to give their names and birthdates for the survey. That information is used to prevent them from being counted twice.