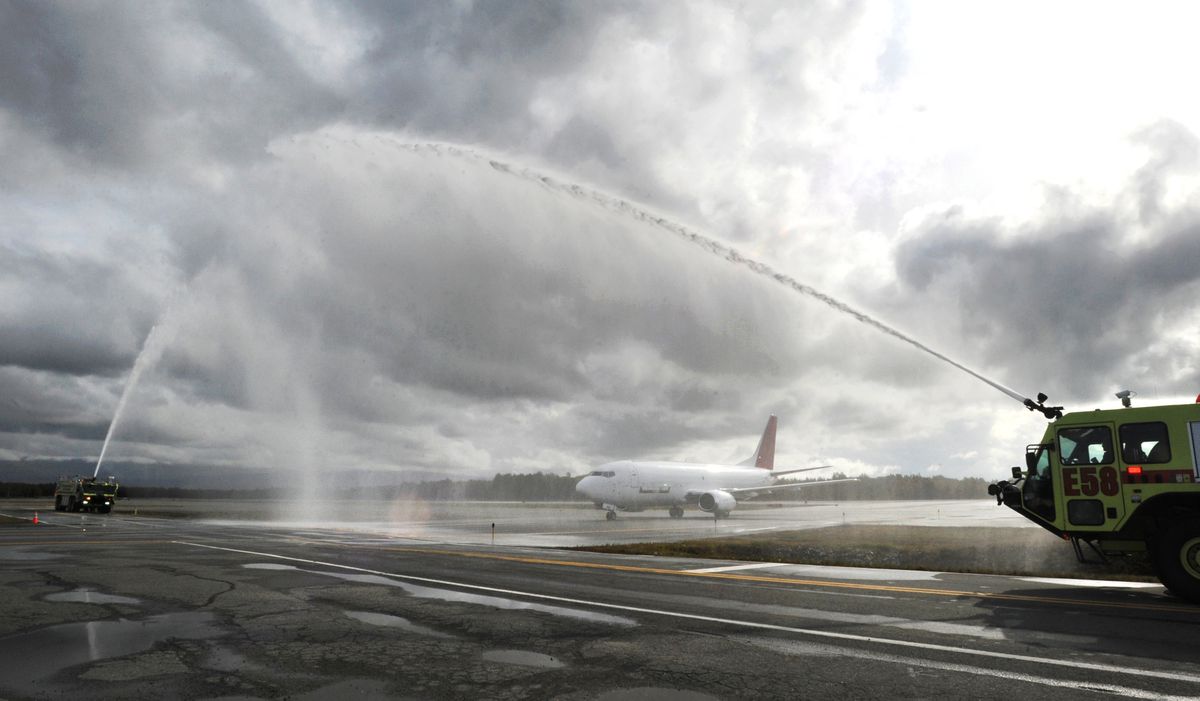 Niles’ career was more than 39 years, flying for the company based at Ted Stevens Anchorage International Airport. Niles began working for NAC in March 1980 and flew the DC-6, Boeing 727, Boeing 737 and Fairchild “Flying Boxcar.”

He received a water cannon salute while taxiing the Boeing 737-300 to the NAC ramp after a flight from King Salmon.