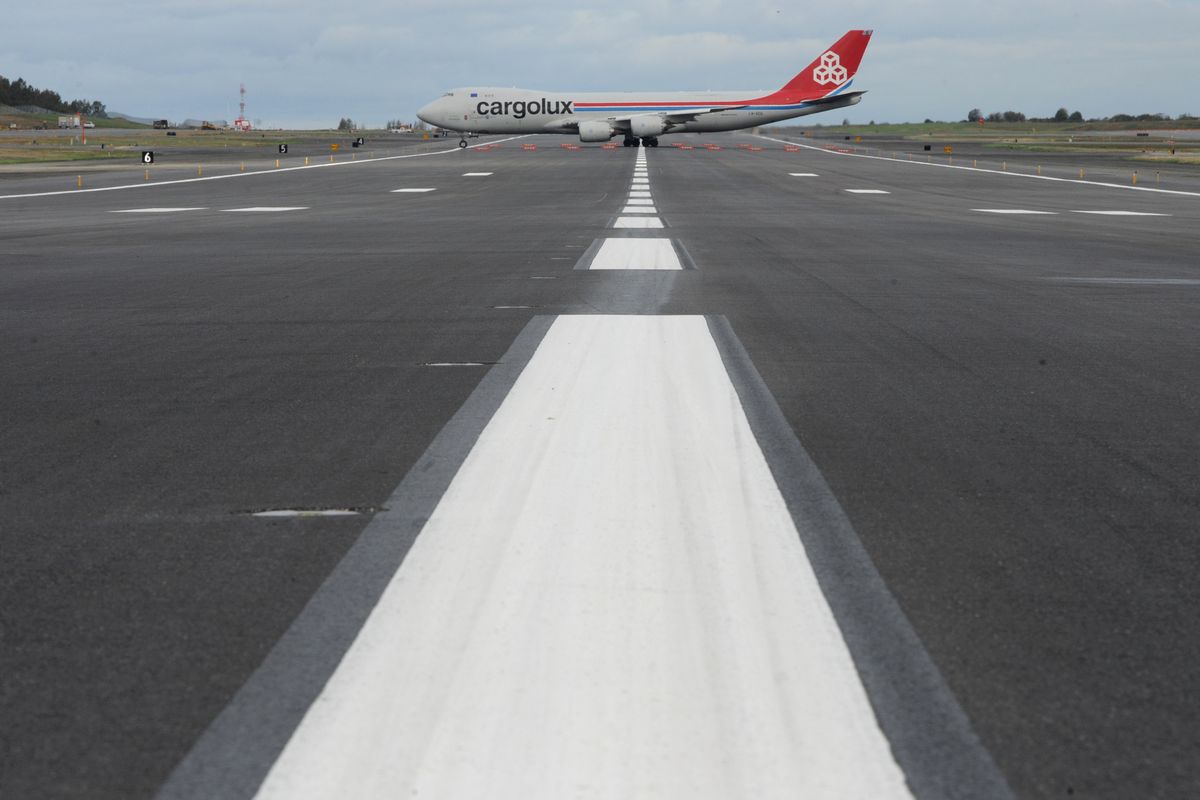 After two seasons of work, construction on Runway 15-33, the north-south runway at Ted Stevens Anchorage International Airport, is nearing completion.

The runway has been closed the entire summer, since April 1, for widening of the runway from 150 to 200 feet to accommodate larger passenger and cargo aircraft, including the Airbus A380 and the Boeing 747-8F.

The airport plans to reopen the north-south runway in early October after the two-year $100 million renewal project.

Completion of the project will mean a big reduction of jets taking off to the east over the city.

In 2018, Ted Stevens Anchorage International Airport set a record with over 5.6 million passengers for the year and was ranked the fifth-busiest cargo airport in the world, according to an airport statement.