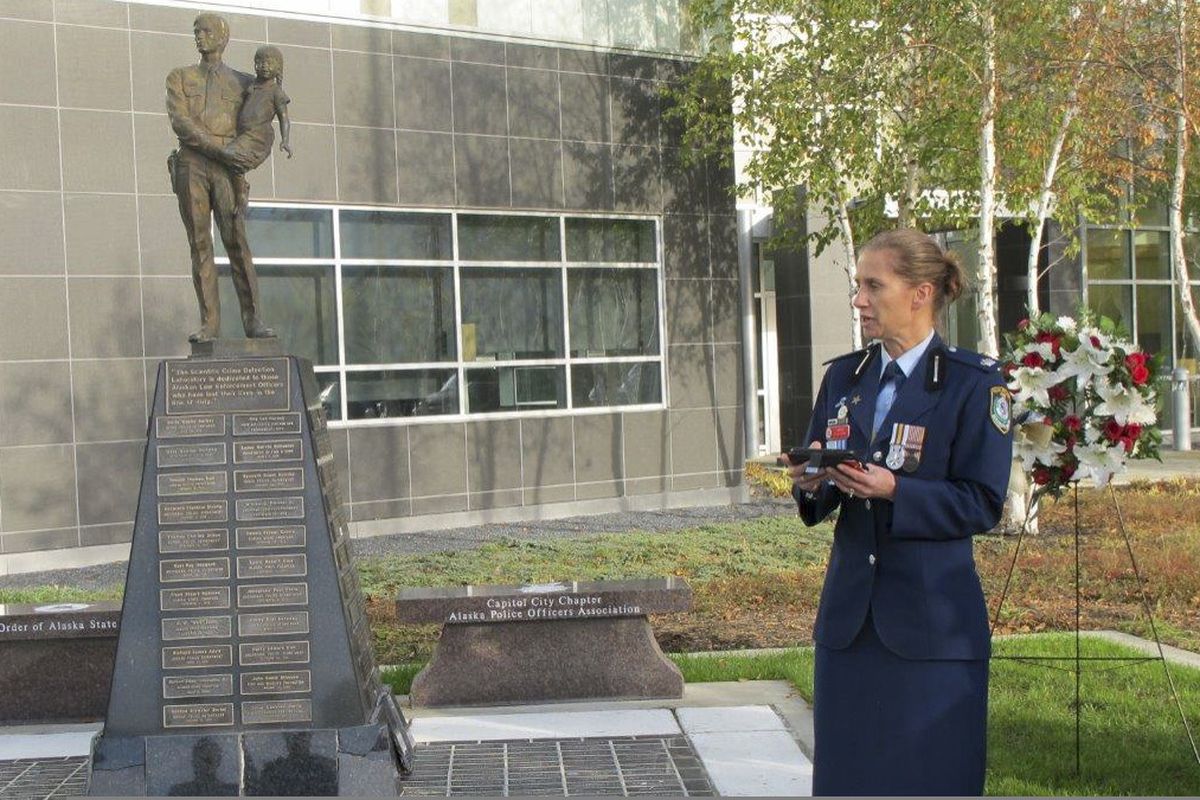 Australians at an international police convention were far from home, but they didn’t want to miss an official day to honor their fallen officers. So instead, they held a quickly planned ceremony Friday with their counterparts in Alaska.

The Australians were among about 700 officers attending the International Association of Women Police convention in Anchorage.

[Photos: Women police officers from around the world march through downtown Anchorage]

They joined other convention delegates from New Zealand and Papua New Guinea who also commemorated their region's 30th annual Police Remembrance Day in the short ceremony outside a memorial to fallen law enforcement officers at the Alaska state crime lab.

"It is a day we can pause and reflect on the sacrifices that unfortunately come with their chosen profession," Australian Federal Police Superintendent Conrad Jensen told the crowd, which also included Alaska State Troopers and Anchorage police. Jensen called out the names of officers who have died in the line of duty from his region.

Chief Inspector Shari Allison of the New South Wales Police Department recited a police prayer. Afterward, she said it was "very significant" to observe the day with their Alaska "neighbors."

Other participants at the ceremony credited Jensen with the idea to hold the ceremony during their Alaska visit. After the event, he said the annual remembrance is a big deal in Australia, so he felt it was fitting to share the day with their Alaska peers.

"It's one big policing family around the world," he said. "We speak the same language, whether we're in Sydney or Anchorage or anywhere else in the world."

Earlier this week at the convention, the Australians reached out to a trooper about the idea, asking if they could borrow the state memorial and lay a wreath on it, according to troopers spokeswoman Megan Peters.

“It was 100% appropriate for us to agree to it,” Peters said. “Whenever there’s a law enforcement death, it doesn’t matter which agency, which country. We all do the same job.”