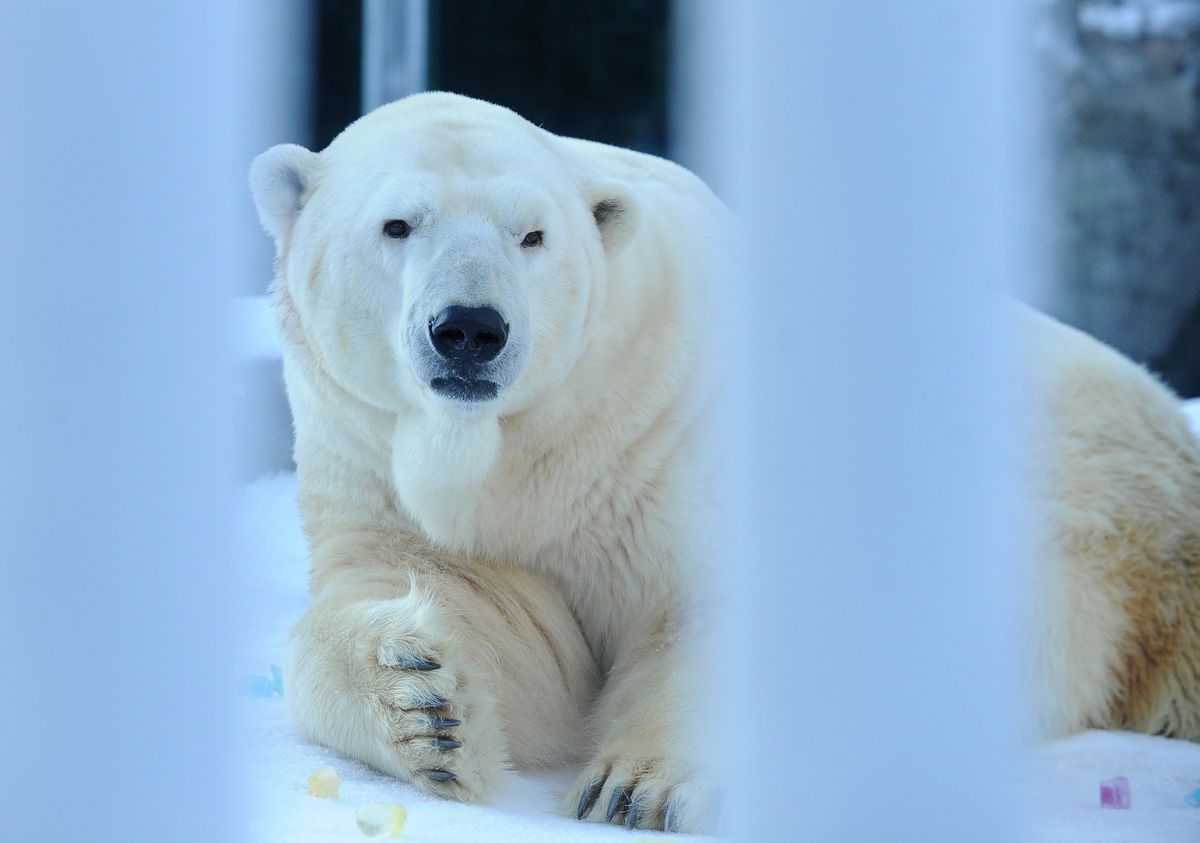 Lyutyik, the male polar bear who spent the past 13 years at the Alaska Zoo, died Sunday after showing signs of illness since late summer.

An autopsy showed a mass in and around one of the 19-year-old bear’s kidneys, zoo officials said Monday.

The bear known to many visitors as Louie or Lyu -- short for for his full name, which was pronounced “LOO-tik” -- began showing symptoms including lethargy and appetite loss, officials say. He had been receiving medical treatment for over two months, the zoo said in a Facebook post Monday announcing the bear’s death.

Officials say they were told Lyutyik’s name was Russian for little yellow flower.

Fans posted comments expressing their sadness and condolences to the zoo, as well as praise for the handsome bear’s graceful swimming technique.

The zoo moved Louie from his habitat and last week alerted the public that he was being monitored and treated for an unknown medical condition, executive director Pat Lampi said at the time in a statement. He asked the community to “keep its 1,100-pound friend in their thoughts.”

He was in good physical condition until the new symptoms started, zoo officials said, describing his death as unexpected.

The bear came to the zoo in 2006 from Sea World Australia. He was born in St. Petersburg, Russia.

He lost his companion, Ahpun, in January 2018 after the female bear spent two decades at the zoo. Their keepers had hoped the two would mate -- even installing a maternity den -- but Ahpun never became pregnant.

Lyutyik in October 2018 got a new female companion named Cranbeary. The bears were introduced to each other in January.

Polar bears typically live 20 to 30 years in captivity but can live up to 40.

Cranbeary was described by zoo officials as behaving normally, though she was curious when her companion was moved to an adjacent area for observation and treatment.

The zoo hopes to find her a new mate.