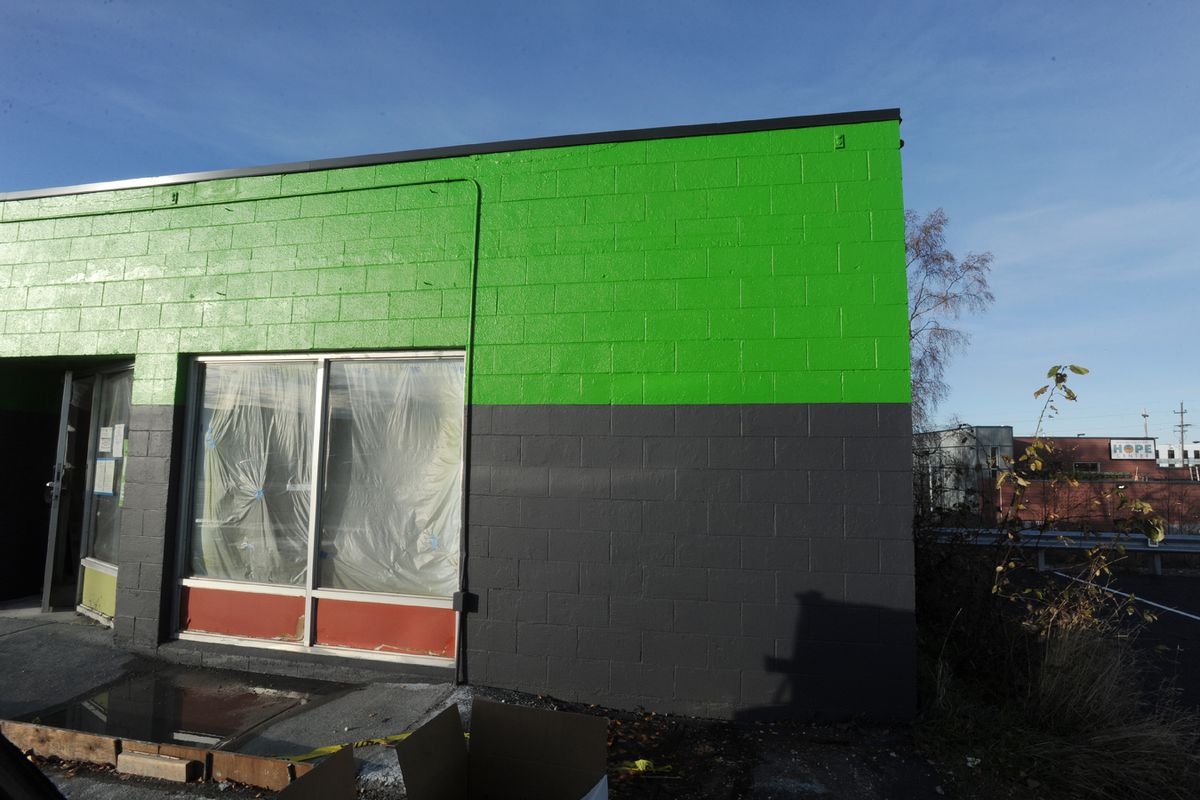 Alaska Sense wants to open a retail cannabis business on East Fourth Avenue but a neighboring soup kitchen, at right on East Third Avenue, has secured a religious designation to prevent the store from opening. (Bill Roth / ADN)

Alaska Sense wants to open a retail cannabis business on East Fourth Avenue but a neighboring soup kitchen, at right on East Third Avenue, has secured a religious designation to prevent the store from opening. (Bill Roth / ADN)

A public hearing on whether to allow a marijuana business to open next to a church stretched late Tuesday night, even without deliberation by the Anchorage Assembly or a vote.

After hearing testimony from nearly two dozen people, the Assembly opted to take advice from its attorney and delay a decision on the increasingly controversial issue. The Assembly pushed further action to a Dec. 10 meeting with a 9-2 vote.

The controversy began in May 2016 when marijuana retailer AlaskaSense LLC signed a lease on a building on East Fourth Avenue in downtown Anchorage. The neighboring Downtown Soup Kitchen Hope Center immediately opposed the plan.

At the heart of the debate is a convoluted timeline over who was there first, the church or the marijuana business.

The soup kitchen argued it was a homeless shelter, which is a protected use, meaning businesses like marijuana or alcohol retailers can’t move in next to them. But Anchorage planning officials previously told AlaskaSense’s owner, Smadi Warden, that the soup kitchen was designated as a social services provider and therefore has no special protection.

City officials assured Warden and her attorneys several times that they could put the business in the vacant Fourth Avenue building, so she continued to move forward despite the soup kitchen’s opposition.

Then in May 2019, another nearby landowner asked the city to reconsider its stance, saying the building was actually a church and therefore protected. The city inquired and found that the soup kitchen had an agreement with a Texas ministry to provide Sunday church services dating back to July 2016.

The city gave Hope Center retroactive religious protection dating back to its 2016 agreement with the ministry. In establishing when AlaskaSense arrived, the city is relying on a February 2017 business application with the state.

AlaskaSense’s lease predates the ministry’s by a couple months. Warden and her attorney, Jana Weltzin, argue if a lease date is sufficient for when the soup kitchen became a church, it should be sufficient for the marijuana business, as well.

Warden said she will sue the city if the assembly rules against the business.

On Tuesday night, most people testified in support of Hope Center. Many argued that a secular body like the Anchorage Assembly has no business defining a church. A church is anywhere religious people meet and pray, they said.

“Church services go on at the downtown soup kitchen every day,” said Mike Martin, a former chair of the soup kitchen.

Jason Brandeis, an attorney for the landlord of the Fourth Avenue building, testified in support of AlaskaSense. He said there is a definition for a church laid out in city code.

“You cannot have church everywhere, essentially," Brandeis said. “There is a difference of church in the colloquial sense … and a church as defined in the land use code.”

The hearing stretched past 11:40 p.m. — less than 20 minutes before the assembly is required to adjourn. With time running out, the assembly voted to move further action back to December.

At the request of Assembly Chairman Felix Rivera, the planning department will conduct a formal land use determination of Hope Center to determine whether the two-hour service every Sunday morning in the dining area is enough to deem the entire soup kitchen a church.

That process can be completed in about a week, Planning Director Michelle McNulty said. Then, any interested party can appeal the decision within 30 days.