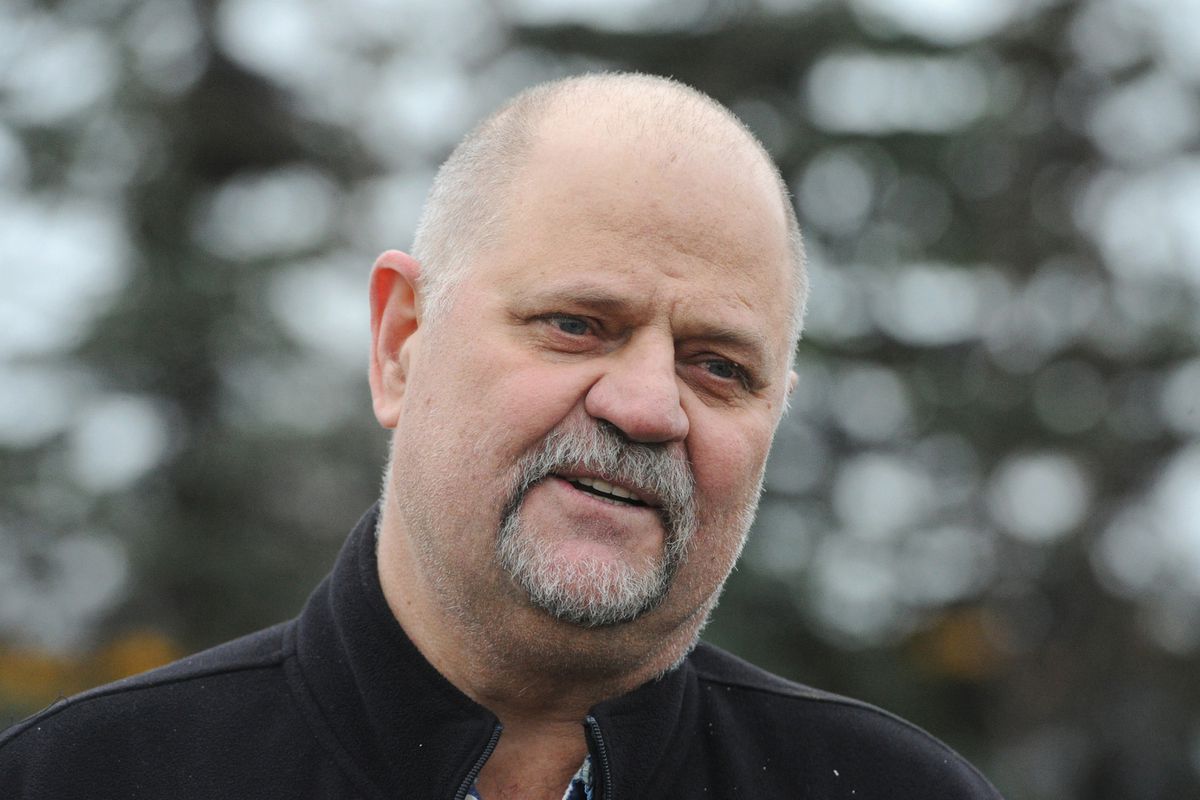 Kaylen LeBaron who moved to Alaska in 1982 is a relative of the Americans killed by gunmen in Mexico on Monday. (Bill Roth / ADN)

Kaylen LeBaron who moved to Alaska in 1982 is a relative of the Americans killed by gunmen in Mexico on Monday. (Bill Roth / ADN)

Anchorage is home to a branch of the LeBaron family, devastated by a massacre in Mexico this week.

Anchorage drywall business owner Kaylen LeBaron is the son of a polygamist religious leader with 58 children. He grew up in a series of remote Mexican settlements that were frequently targets of violence by his murderous uncle.

But the LeBaron family has never known tragedy quite like the horror that unfolded Monday, when a suspected Mexican drug cartel killed nine members of LeBaron’s extended family.

Three mothers and six children, including infant twins, died by bullets and fire in the Sonoran desert, near their home of La Mora, Mexico. Five other children were wounded.

Stories have emerged of the heroism of the mothers, who tried to distract the attackers from the children packed into SUVs, and of the children — including a teenage boy who walked 14 miles for help.

Two of the women killed, Rhonita Miller and Christina Langford Johnson, were married to LeBaron’s nephews. The third, Dawna Ray Langford, was a “sister wife” of one of his sisters in a plural marriage, said LeBaron.

LeBaron, 58, is the patriarch of the Alaska branch of a family with a history that could be a movie plot: A sprawling clan of separatist Mormons who fled to Mexico nearly a century ago to practice polygamy and were terrorized by an uncle said to have ordered the killing of more than 25 people in the name of “blood atonement” — and who now find themselves warring with drug cartels.

Kaylen LeBaron is a descendant of a family that left Utah in the 1920s to form a remote settlement in Mexico, in order to practice a fundamentalist strain of the Mormon faith that included polygamy.

His father, Verlan LeBaron, had 58 children with 10 wives. He is a child of his father’s second wife, Irene Spencer. He has 13 full siblings.

LeBaron grew up in the same settlement, Colonia LeBaron, about 70 miles south of Douglas, Arizona, where many members of his family — including the nine killed in the ambush Monday — live today.

He spent his childhood moving around Mexico with his father’s growing band of wives and children. It was not an easy existence, and the family often lacked running water, electricity and adequate food supplies, his mother Irene Spencer told the Daily News in a 2007 interview.

There was also a stunning amount of violence: LeBaron’s uncle Ervil LeBaron tried to form an offshoot sect, and was known for ordering mafia-style hits on his rivals and opponents, claiming the religious doctrine of “blood atonement” to justify his killings.

He died in prison for orchestrating the murder of a rival.

“He was a wacko crazy nut,” said LeBaron.

Kaylen LeBaron decided to move north. In 1982, he headed to Alaska — in part because he’d heard work was plentiful with a construction boom happening. It also happened to be far from Mexico.

Some family members followed: Three sisters later settled in Alaska, along with Spencer, his mother. LeBaron had five children of his own, all of whom live out of state.

Spencer joined the Anchorage Baptist Temple — a 2007 Anchorage Daily News story notes her winning the “Most Children” award at the church’s annual Mother’s Day service — and published the first of three books about her past life.

The first, “Shattered Dreams: My Life as a Polygamist’s Wife,” became a bestseller, LeBaron said. She went on to write two more books, including “Cult Insanity: A Memoir of Polygamy, Prophets and Blood Atonement.”

LeBaron agrees that he grew up in a cult-like environment but is thankful for his family.

“Straight up, I got the most awesome, loving family in the world,” he said. “No one can take that from me.”

Colonia LeBaron members still mostly consider themselves Mormon, though they are not members of the mainstream Church of Jesus Christ of Latter-day Saints. Some practice polygamy, others don’t, LeBaron said.

LeBaron says his path has diverged from his dozens of siblings, but they’re still close and speak often, he said. He’s been in touch with them as they prepare to bury daughters-in-law and grandchildren and tend to wounded children.

LeBaron, a dual Mexico and U.S. citizen, said his home country is suffering from an epidemic of crime and corruption stoked by powerful drug cartels.

“Mexico is going through a horrific time in its history with crime," he said. “It’s not just our family. It’s happening all over Mexico.”

Violent drug cartels have been a steadily growing threat in Sonora, the state where the family still mostly lives. A cousin was killed by cartels in 2009, according to LeBaron.

Authorities initially said the ambush seemed to be the result of a case of mistaken identity. But more recently, authorities have suggested that the family was targeted. It’s not clear why.

Will cartel violence drive the LeBaron family out of Mexico?

“Absolutely not. They aren’t going anywhere,” LeBaron said. “They’re going to do something about this.”