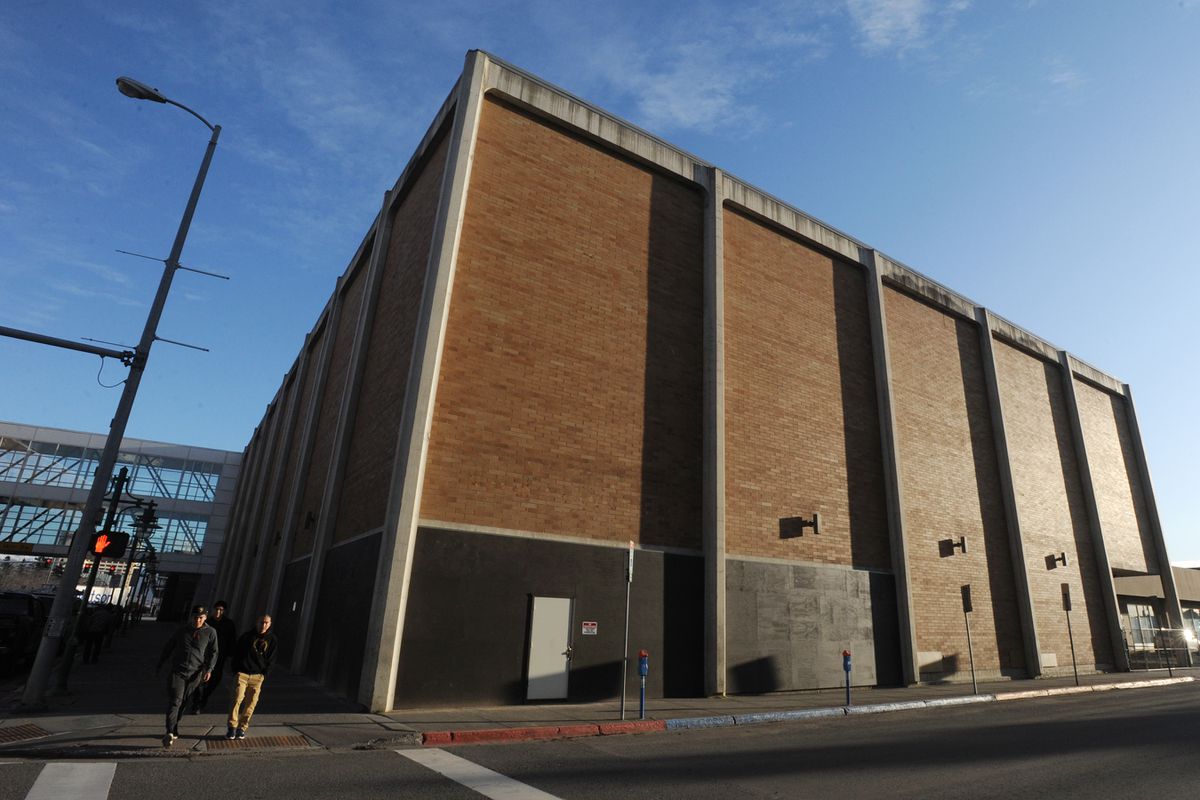 The building that once was home to the high-end department store Nordstrom sits vacant on Tuesday, Nov. 12, 2019. (Bill Roth / ADN)

The building that once was home to the high-end department store Nordstrom sits vacant on Tuesday, Nov. 12, 2019. (Bill Roth / ADN)

Two months after one of Anchorage’s top-tier retailers left, the downtown Nordstrom building remains boarded up. City officials say it will likely stay that way for the next five years.

Nordstrom, which closed its doors on Sept. 13, has told the city it has no plan to break its lease on the 97,000-square-foot store, which expires in 2024.

“They are not under any motivation to try and find someone to fill the building,” said Chris Schutte, Anchorage’s economic and community development director.

Over the past two months, the Seattle-based company has been “decommissioning” the building — industry jargon for moving its stuff out of the location. Nordstrom told city officials it will continue its lease.

When the company announced its departure in June, the company said it had decided to shift its focus to online sales and the more budget-friendly Nordstrom Rack in Midtown. About 170 people worked at the store when the closure was announced this summer.

Nordstrom owns its building, but the ground underneath is made up of five parcels. Three are owned by J.C. Penney Co., one is owned by the Municipality of Anchorage and the other is owned by the Harry Daum Trust, a shopping mall developer out of Idaho that constructed the building.

City records show the building was assessed this year at $6.5 million.

When the ground lease is up, Nordstrom by default loses ownership of the building. Schutte said often in such a situation, a board is formed with representation from the ground owners, which then decides what to do with the building.

Schutte said Nordstrom has not contacted the city to ask for an extension.

It is unclear why the retailer vacated the building with five years left on the lease. Nordstrom did not respond to requests for comment for this story.

“Nordstrom is not telling anyone anything,” Popp said. “If anyone tells you different, they are bald-faced liars.”

Andrew Halcro, executive director of the Anchorage Community Development Authority, said he doesn’t know what will move into the building. But he sees it as a grand opportunity.

“It’s a fabulous building,” Halcro said. "When you look at the structure, it’s really well built.”

Halcro said whoever takes on the building will need to take a fresh approach. Most shoppers opt for online spending rather than trekking to big box stores these days, he said. There has been talk of a food hall or a movie theater similar to Bear Tooth Theatrepub, he said.

"Filling it with a traditional shopping store — people have talked about Macy’s or Dillard’s — that’s just not going to happen,” Halcro said.

Further, Schutte with the city said the neighboring J.C. Penney parking garage will likely be demolished and potentially replaced with another service to attract people to downtown. That structure is owned by J.C. Penney but run by EasyPark, the parking service operated by the Anchorage Community Development Authority.

Schutte said the parking garage is in such poor shape that a retrofit is not cost effective. He said J.C. Penney has a pending sale to a third party, which he believes will likely take the building down and build something new.

Nordstrom closure will leave a big retail hole in downtown Anchorage. It’s not clear yet what will fill it.

Anchorage’s Nordstrom closes its doors for the last time