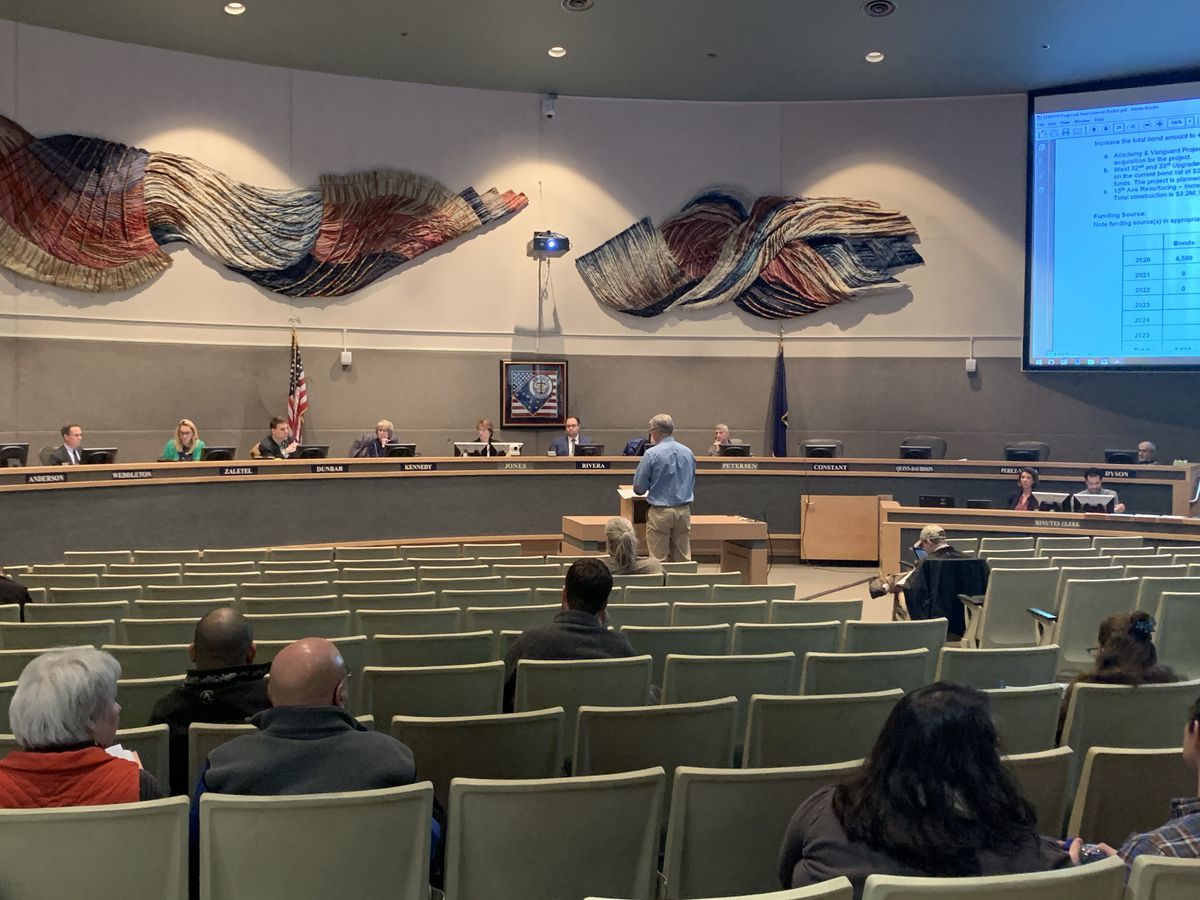 In addition to maintaining current services, the budget includes year-round shelter beds for the homeless, more police, adds a bus route and dedicates funds to help students who have experienced trauma get back on track academically.

The final budget passed unanimously, though a couple of amendments garnered substantive debate.

On Friday, Assemblywoman Meg Zaletel proposed a near 1% cut from the proposed budget to fund 150 shelter beds for the homeless year-round, rather than just October to April. She also wanted 300 day-shelter spots to be located in Midtown. The cuts would have freed up $2.36 million in the budget.

The cuts would have hit all departments evenly, other than police and fire, with an alternative version also saving the library and health department from any loss. However, Zaletel did not include direction on how individual departments would adjust to less funds.

The proposal had strong support from the Assembly.

“Homelessness is defining our city, and that’s not the way it should be,” Assemblyman John Weddleton said at Tuesday’s meeting.

The amendment was not endorsed by Mayor Ethan Berkowtiz’s administration, despite a philosophical alignment. The problem was the funding source, said Ona Brause, Berkowitz’s chief of staff.

“A 1% cut without analysis — what are the alternatives to prevent that from happening?” Brause said of the administration’s collective mindset.

In the end, Zaletel and Assemblymen Chris Constant and Kameron Perez-Verdia introduced an amended version of the plan that allocated $735,000 to fund the 150 shelter beds through December 2020.

Additionally, $290,000 is expected to come from the dividend of increased revenue to the city’s trust fund through the sale of its utility, Municipal Light & Power. Brause said several of the cuts could be revisited in April during first-quarter budget revisions.

Brause said she, Berkowitz and Deputy Chief of Staff Jason Bockenstedt spent a combined 60 hours over the weekend to figure out a funding mechanism to make it work.

When asked at the meeting to speak on the issue, Berkowitz agreed homelessness is a serious issue and assured that the city is not “standing idle.”

“There is a panoply of need that exists out there,” he said. "When you have pervasive homelessness it is incredibly corrosive to a community’s ability to move forward.”

As late as Monday afternoon, Zaletel and Constant were not aligned with the administration, which initially wanted to push the idea to first-quarter revisions.

Funding for year-round shelter beds with a promise to revisit day shelter spots in April was a compromise that brought all sides on board, while allowing for city officials to find a location for day shelter services and public meetings, Brause said.

“I fully intend to fight for day shelter, because I think that really, really shifts the paradigm,” Zaletel said.

An amendment from Assemblymen Forrest Dunbar and Felix Rivera to allocate $250,000 for a grant to United Way also brought about deliberation. The money would go to bolster programs that connect students with a history of trauma — who are at risk of slipping academically — with community-based services.

Perez-Verdia, a former United Way employee who strongly endorsed the program, worried that giving such a large chunk of money to a nonprofit set a dangerous precedent.

An amendment from Rivera and Dunbar made it so the grant will instead go through the city’s request for proposal process. United Way can apply for the funds as can other nonprofits. The Assembly will still have to approve giving the funds to whatever entity is awarded the grant.

In the end it passed with Perez-Verdia being the sole dissenter.

Other potential sticking points — such as a proposal from the mayor’s administration to provide four police officers to patrol the trail system — were worked out in advance.

After Assembly members voiced concern that data did not back up the assertion that the trails were a center of crime or danger, the administration changed the wording to make them general officers, giving the police department more discretion.

Correction: An earlier version of this story incorrectly stated United Way was chosen to be the recipient of a grant from the Anchorage Assembly. The Assembly amended the plan to go through the city’s standard request for proposal process.