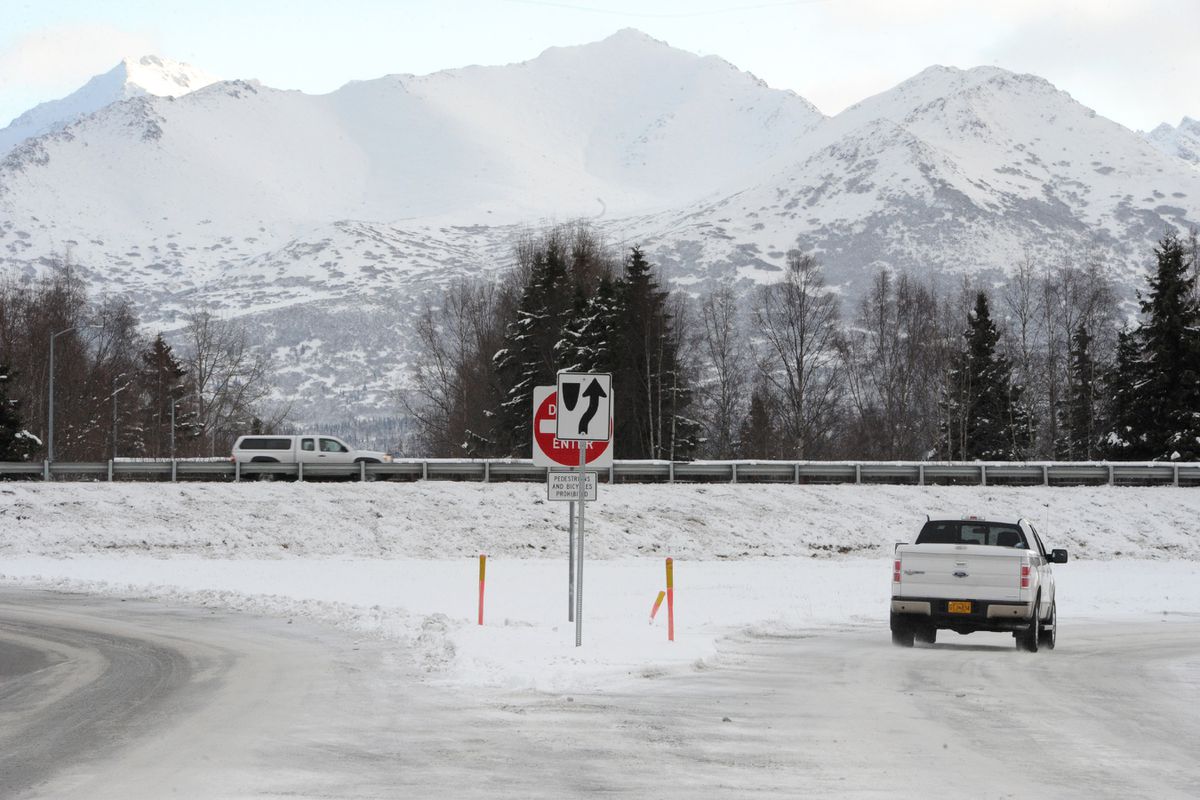 The Anchorage Assembly put its mettle on display Tuesday night, removing funding for a road project it felt forced by the state to fund.

It amended its bond proposal to divert the $4 million for the road project to other projects deemed more necessary.

For nearly two decades, the Alaska Department of Transportation has been planning upgrades to the Seward Highway through Anchorage. Part of that project is to lift the highway at Scooter Avenue and build a road connecting Scooter and Academy Drive east of the highway. The section is just south of Dimond Boulevard.

When proposed, the state said it would elevate traffic in the area. However, Assembly members have said as the city has grown over the years, the traffic in that area has dissipated while the project remained.

For Anchorage residents, if the two projects were done simultaneously as originally planned, it would appear to be one project connecting the west and east sides of the Seward Highway. But in actuality it is two separate projects overseen by two layers of government, which view their portions very differently.

Alaska Department of Transportation spokeswoman Shannon McCarthy refers to the project as part of larger upgrades to the Seward Highway — a vital thoroughfare connecting different parts of Alaska to each other, as well as goods being trucked through the state. In interviews, McCarthy never referred to it in isolation as a project to extend a street under the highway.

City Assembly members do view the disputed part of the project in isolation. To further complicate the matter, the state is getting 90% of the funding for its Seward Highway project from the federal government, while the city is having to ask voters to bond for its portion.

A new road moving east under the highway would dump an estimated 12,000 additional cars per day onto a neighborhood street not built to handle the increased traffic.

To avoid a traffic nightmare, the city planned to extend Academy to Abbott Road. That project was originally estimated to cost $8 million, but new estimates from the city put it at $20 million. To pay for the project, the city was going to bond for it over several years, displacing other road projects the city has determined are more impactful.

Instead, the body passed Assemblyman Forrest Dunbar’s amendment to increase the bond amount to $4.5 million, with none going to road construction on Academy Drive.

The building is in the path of the previously planned road. Associate Director Dave Kuiper has told the Assembly that he and others have spent at least 1,000 hours over the past three years working to find a new building and negotiate a sale under the impression that the city would be purchasing the building to construct the road.

The city is in talks on a purchase price and officials have said if the road doesn’t get built, the city will rent the property out.

An amendment to Dunbar’s amendment would have raised the amount dedicated to the building purchase to $2.2 million created division. Some members felt the city was caught making amends for poor state planning. It eventually failed.

Assemblyman Chris Constant argued the city has many needs, and bending over backward for one property owner isn’t first priority.

“This is the state’s problem," Constant said. "They should sue the state.”

It’s unknown how the state will respond to the Assembly action. Dunbar has said he is reaching out to the Legislature to ask lawmakers to push the state to augment its plan.

“I don’t know what happens to the state’s infrastructure if this project doesn’t get built," Kent Kohlhase, Anchorage’s director of project management and engineering, told the Assembly.

“We’ll move forward and examine those issues,” she said.