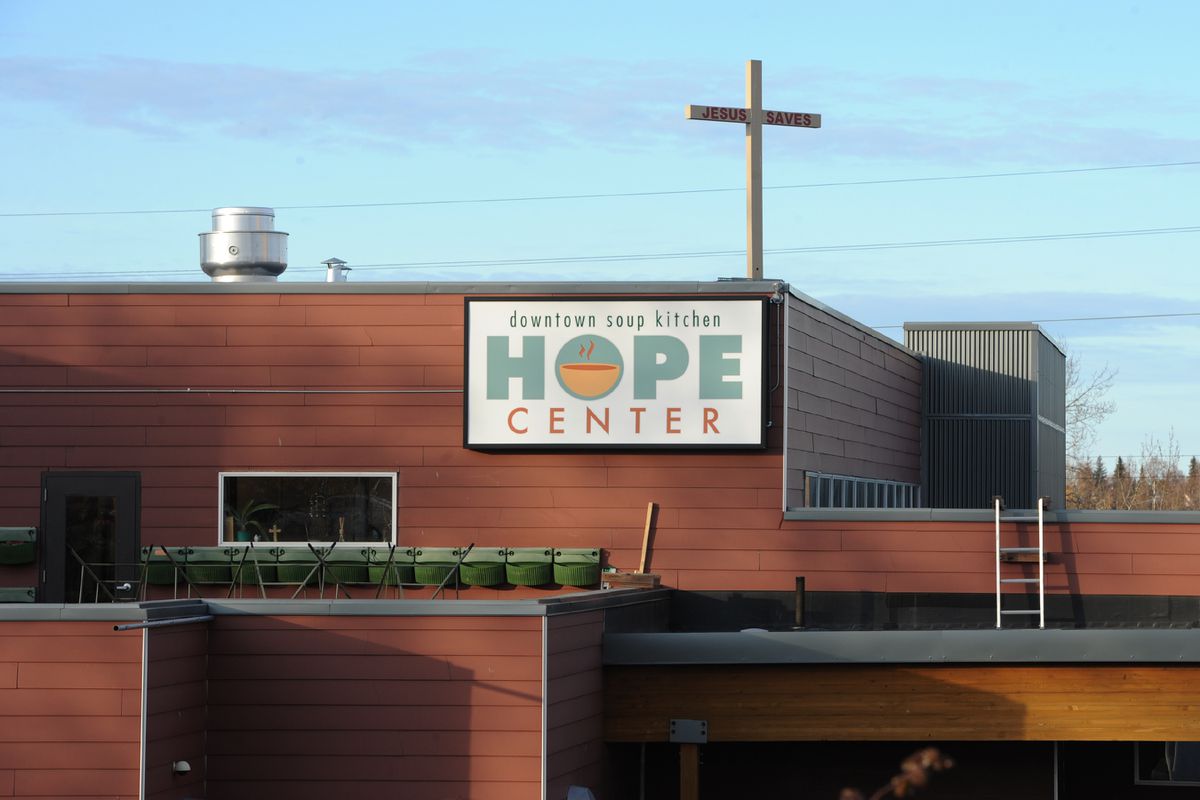 A drawn-out battle over what is and isn’t a church, and how insulated Anchorage houses of worship should be from marijuana businesses, appears to have concluded.

On Tuesday night, the Anchorage Assembly approved the retail licenses for AlaskaSense, which wants to put a marijuana retail shop on Fourth Avenue between Barrow and Cordova streets.

On Monday, AlaskaSense, the Hope Center and the Downtown Community Council signed a memorandum of understanding agreement, detailing how they all plan to work with one another. It includes an agreement to communicate, to work together to patrol the block and for AlaskaSense to be closed on Sundays from 11 a.m. to 2 p.m. when the Hope Center holds church services.

License approval had been held up and mired in controversy after the nearby Downtown Soup Kitchen Hope Center said it was a church, therefore protected from marijuana businesses opening within 200 feet of its property line.

The Assembly postponed its vote in October to allow the planning department to do a formal land-use determination. In doing so, Planning Director Michelle McNulty changed her mind that a religious assembly was a primary use of the Hope Center.

McNulty is now requesting the Assembly change code to allow for an “accessory” use. That would allow the city to still acknowledge the religious services held in the building, without giving it all the protection of a full-blown church.

“We made a determination that there was actually something religious in nature occurring at this site, but that it did not meet the definition of ‘primarily intended for’ and therefore could not fit into that definition," McNulty told the Assembly on Friday during a work session.

The Hope Center, a soup kitchen and overnight shelter for women, first claimed to house a church in May. After showing the planning department advertisements for weekly worship, it secured a protected designation.

Defining a church was at the heart of this controversy. During an October public hearing, several members of the public argued a church is anywhere people pray — and the government shouldn’t have a role in defining it.

That caused some — including AlaskaSense’s attorney, Jana Weltzin — to argue that if the Hope Center can become a church overnight, what’s to stop businesses throughout the city from doing the same?

Government does define a church, though, in instances such as tax-exempt status or protected land-use determinations, as is the case with the Hope Center. McNulty said municipal code binds the planning department to have every use of an entity fit into a box. If it doesn’t, it’s prohibited, she said. Therefore, if she didn’t find Hope Center to be a church, holding church services could be prohibited.

Adding the accessory designation gives the city a little more wiggle room, and frees it from having to tell a place of worship that it isn’t a church.

Officially adding the new term to code requires it to first go through the planning and zoning commission, then the Assembly. The Hope Center has 20 days to appeal the decision by the Assembly, but it appears all parties are now unified.

Assembly members John Weddleton and Suzanne LaFrance voiced concern about approving AlaskaSense’s license due to violations at the cultivation facility connected to its other retail operation, Cannabaska.

The Assembly spent about two hours on Tuesday night debating safeguards to make sure the new retail store is run properly. The Assembly made conditions in the memorandum of understanding conditions of AlaskaSense’s license. Failure to adhere to the agreement could be grounds for the Assembly not renewing its license. AlaskaSense will also have to submit quarterly reports showing it’s in compliance.