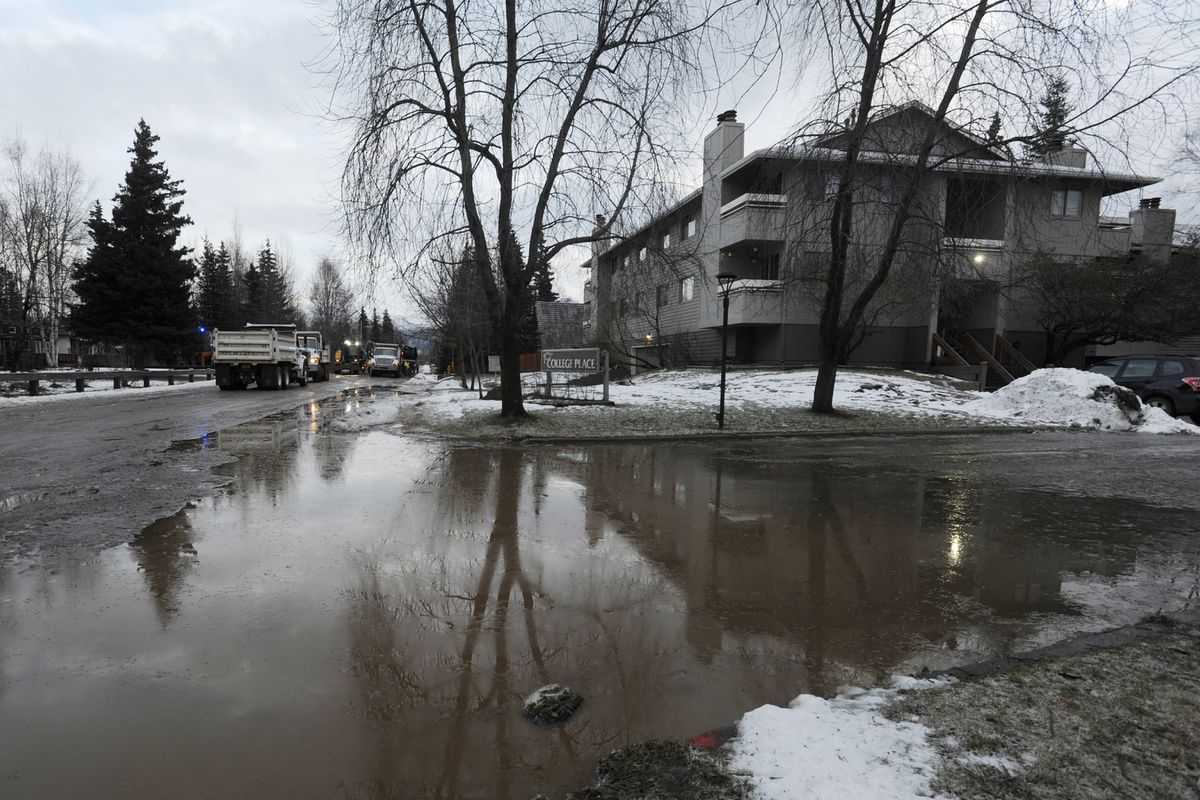 Nanci Crisp was awakened early Sunday by the sound of running water. When she got out of bed around 4:30 a.m. to peer out her window, 42nd Avenue was flooding.

“It was like a river was coming down through the street,” she said.

Crisp said the water was shooting from the ground at the break like a fountain. She and her neighbors had sump pumps running to clear the 2 feet of water in the crawl space underneath their apartment building.

A second pipe broke just up the block sometime before noon and water was shut off to 13 buildings, Baker said. Crews began digging toward the pipe and will replace the broken portion before water can be restored. Baker said it’s unclear how long the repairs could take but crews were still working around 6:30 p.m. and “won’t go home until it’s taken care of.”

“We take it very seriously making sure we get water to people,” she said.

Tim Metzger said he woke up Sunday to a call from his tenants telling him the street was flooding. About 2 feet of water flooded the lowest point at one of his rental properties and water soaked into the basement level apartment.

“There was no standing water in the basement apartment, luckily, but when you walk through in there it just goes ‘squish,’” he said.

Metzger said Sunday afternoon that he was looking for a temporary place for one, and possibly two, of his tenants to live while he cleans the water damage. Crews from Henry’s Services were helping clear water from the homes Sunday, but Metzger said he’ll have to do a “total rip out and dry out” before the apartments are livable again.

“It’s a different story when this happens in December than when it happens in June,” he said. “In June you can open up the doors and windows to help dry it out and you’re not going to freeze the place out.”

Baker said this is not the first time that area has had problems with water pipes and there are plans to replace 3,000 feet of water main from Lake Otis Parkway to Piper Street.

“We already knew it needed repairs,” she said.