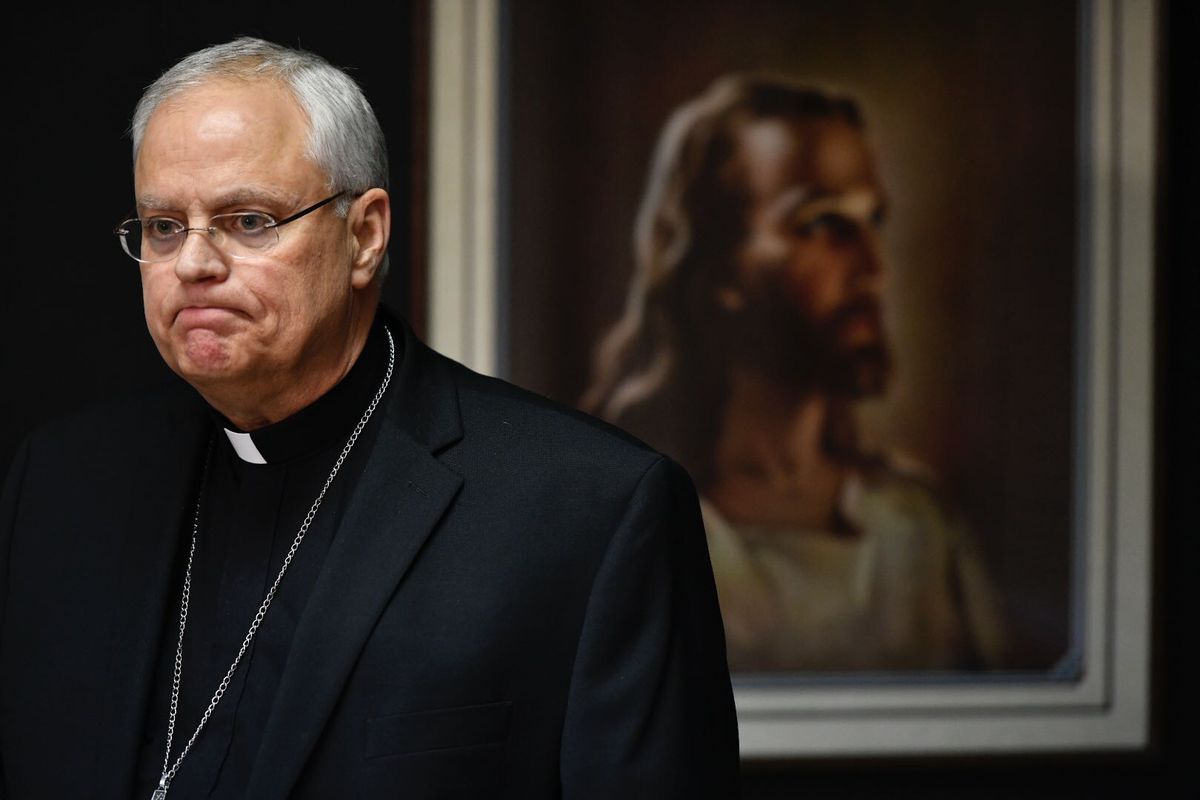 The Archdiocese of Anchorage for the first time has named 14 Southcentral Catholic clergy members accused by church investigators of sexually abusing children and vulnerable adults.

The report released Thursday is the result of a 15-month investigation by an independent church commission into allegations of sexual abuse by clergy, church employees and volunteers over a 54-year period.

The clergy members named by the archdiocese range from a deacon to an assistant to the archbishop to the chaplain of a homeless shelter. They served across Southcentral Alaska, including Anchorage, Talkeetna, Cooper Landing, Seward, Glennallen, Ninilchik and Valdez.

Most of the men on the list had previously been publicly named as potential offenders, either in lawsuits, similar investigations by other jurisdictions or in some cases Fairbanks Archdiocese bankruptcy documents.

At least four had not, and were named for the first time.

There is “credible evidence” that the people named engaged in sexual misconduct, Bishop Andrew Bellisario wrote in a letter accompanying the report.

“It is with humility, sorrow and shame that I apologize to you, your family, friends and community in the name of the Church for the grievous harm you suffered,” wrote Bellisario.

The commission did not find that any church official committed “gross negligence” by covering up abuse, he said at a press conference convened Thursday afternoon at archdiocese headquarters in downtown Anchorage.

“However, if things would have been done the way we do them today -- as opposed to the way they did them in the 70s, 80s and the 90s -- I think this list would be very very small, possibly, maybe even nobody on the list,” Bellisario said.

An initial review of state and federal court records shows many, if not all, were never convicted of sex crimes in Alaska. The list includes abuse or misconduct from 1966 to as recently as 2015.

Some of those named have been dead for decades. One man, Father Robert Leising, was a priest serving Soldotna and Homer until as recently as 2016.

The report accuses him of committing sexual misconduct by viewing child pornography in 2015.

There’s no record of a state or federal criminal charge for Leising related to child pornography, raising questions about what church officials did with the information.

Speaking with news media Thursday, Bellisario didn’t elaborate on whether church officials had shared information with law enforcement or not.

Reached by phone at a Maryland treatment facility for clergy Thursday, Leising denied having looked at child pornography.

He contends he turned himself in to church superiors for viewing legal pornography after a computer virus or hacking attempt made him think his computer was compromised.

He said his ability to work with the public had been taken away but “no police were involved," and he was sent to a treatment program that helps with “various addictions from depression to alcoholism, whatever problem one might have."

Leising said he wasn’t aware his name would be included on the list.

“The good Lord still loves me," he said. "I made a big mistake. I’m sorry it has to be public like this.”

[THE LIST: These are the priests who were ‘credibly accused’ of sexual abuse across Alaska]

In 2018, Anchorage Archbishop Paul Dennis Etienne announced the commission to investigate abuse claims. At the time he said naming abusive priests was a step the church “needed to take.”

The Archdiocese of Anchorage encompasses an area from the Aleutian Islands to Valdez to Dillingham. It includes 31 parishes and roughly 40,000 of Alaska’s Catholics.

Here’s the list of people identified in the report released Thursday:

• Stanley Allie: Accused of sexual misconduct involving a vulnerable adult on or about 1986. No evidence he was previously named.

• Rene Astruc: Accused of sexual misconduct involving a minor and a vulnerable adult in 1976. Name revealed in 2010 Fairbanks documents.

• Manuel Castro: Accused of sexual misconduct involving a vulnerable adult in 2011. A lay employee of the St. Mary’s church in Kodiak. No evidence he was previously named. No criminal charge found in online state court record system.

• Robert Leising: Accused of viewing child pornography in 2015. Was priest at St. John the Baptist in Homer until 2016. No evidence he was criminally charged or previously named.

• Francis Murphy: Accused of sexual misconduct involving minors 1966-1979. Previously exposed as an abuser, he moved to New Mexico. He died in 2012.

• Robert Wells: Accused of sexual misconduct involving a minor, 1977-1986. Previously named by Anchorage Archdiocese officials in 2004, “the first voluntary identification of a Catholic priest accused of child molestation within the diocese,” according to a news report from the time.

• Tim Crowley: Accused of sexual misconduct involving a minor in the 1980s. Previously named. Crowley was hired as an assistant to the archbishop and sometimes spokesman for the church in 1995, after Anchorage church officials knew he’d abused a 10-year-old boy in Michigan for years. He was defrocked in 2015 and charged with sexual abuse for the 1980s molestation, though the charges were dropped due to the statute of limitations.

• James Murphy: Accused of sexual misconduct involving minors 1965-1971. No evidence that he was previously named.