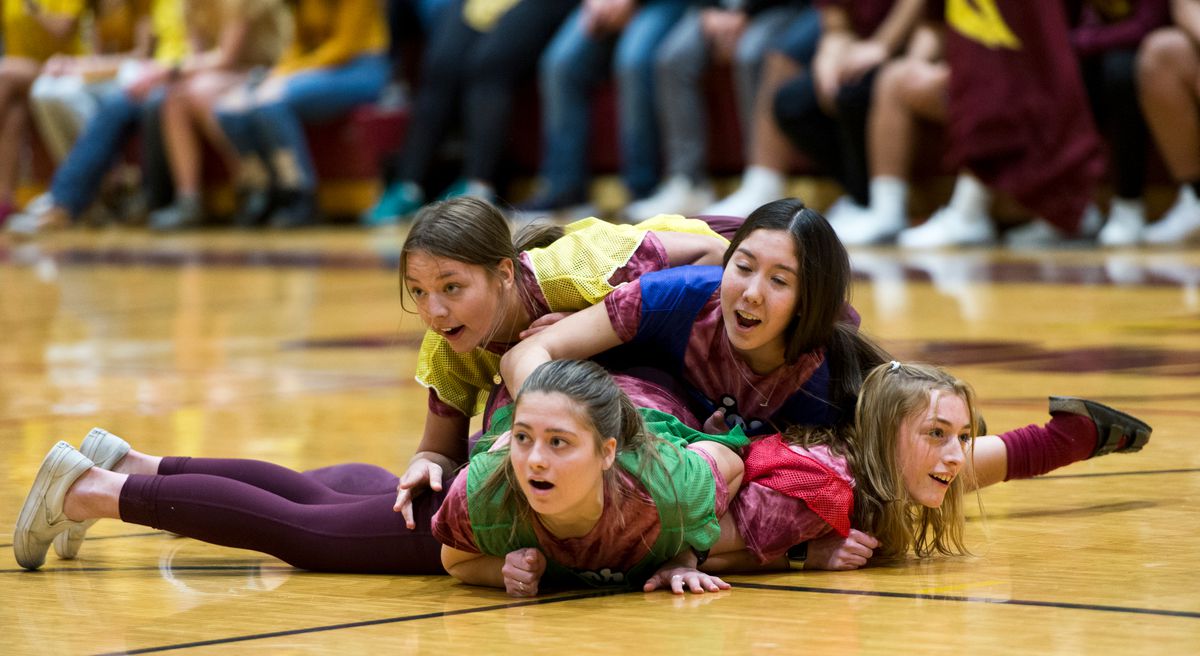 The annual Spirit Olympics filled the Dimond High gym with 70 minutes of hysteria and hilarity Friday afternoon as students and faculty members competed in an assortment of oddball events. They were divided into five teams and everyone in attendance — pretty much the entire student body — wore team colors that matched the colors of the Olympic rings: red for seniors, yellow for juniors, blue for sophomores, green for freshmen and black for faculty.

There were traditional games like tug-of-war — an easy victory for senior-class football players — and there were non-traditional games, like the graveyard relay (a shuttle relay that uses humans instead of hurdles) and a hula hoop/rock-paper-scissors challenge (a row of several hula hoops with two people on opposite ends who hop from hoop to hoop with both feet, sort of like a slalom skier, until they meet somewhere in the middle, where there’s a rock-paper-scissors game to decide who stays alive).

Lem Wheeles, a social studies teacher and student government adviser, organizes the games, which date back to 2014.

“We were at a low point in school spirit," he said, "and our senior class said, ‘Our class is lame; we’ve gotta do something to get them going.’ It was a Winter Olympics year, so we did the Spirit Olympics.’’

The senior class captured the gold medal this year with nearly twice as many points as the silver-medal junior class and bronze-medal sophomore class. But the faculty had the best T-shirts. They were black with the words “Dimond Spirit Olympics” above five Lynx logos arranged in the same pattern as the Olympic rings.