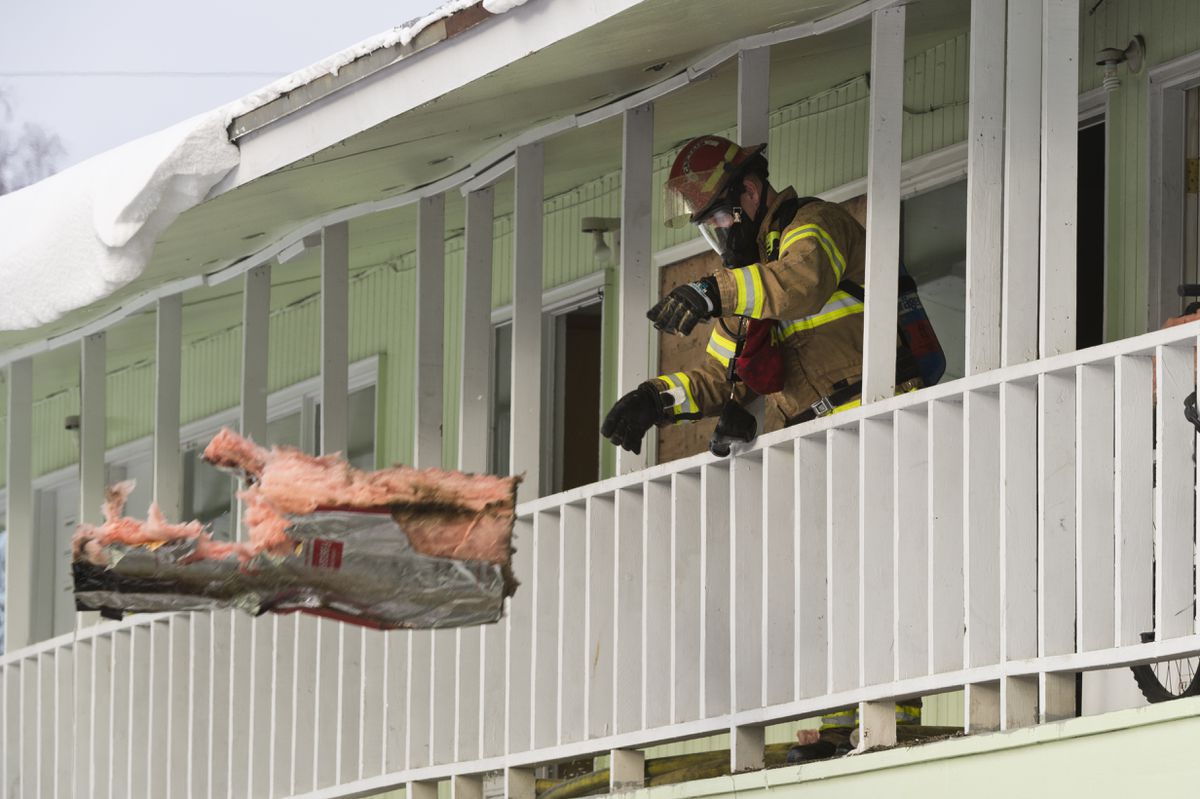 Insulation is removed from a second-floor apartment as firefighters respond to a fire in an eight-unit apartment building on Dawson Street in Midtown Anchorage on Feb. 13, 2020. (Marc Lester / ADN)

Insulation is removed from a second-floor apartment as firefighters respond to a fire in an eight-unit apartment building on Dawson Street in Midtown Anchorage on Feb. 13, 2020. (Marc Lester / ADN)

A fire in a Midtown Anchorage apartment just before noon Thursday damaged four units within the eight-plex, a fire official said.

One person in an adjacent unit was transported to a hospital as a precaution after she inhaled smoke, said Brian Dean, an Anchorage fire marshal.

Firefighters arrived at the scene at Benson Boulevard and Dawson Street to find light smoke coming from a vent on the building around 11 a.m., said Tom Upchurch, a captain with the Anchorage Fire Department.

The fire was mostly in the walls and ceiling of two apartments on the second floor, and dropped down to an apartment below.

“It wasn’t much of a fire, but it could have been," Upchurch said.

The cause of the fire wasn’t immediately known, Dean said.

The four damaged units are uninhabitable, Upchurch said. But residents in the four undamaged units will be allowed back in once the utilities in the building are turned back on, he said.

The Red Cross will be assisting people who were displaced by the fire, Dean said.