Feds give Anchorage $20 million for Port of Alaska 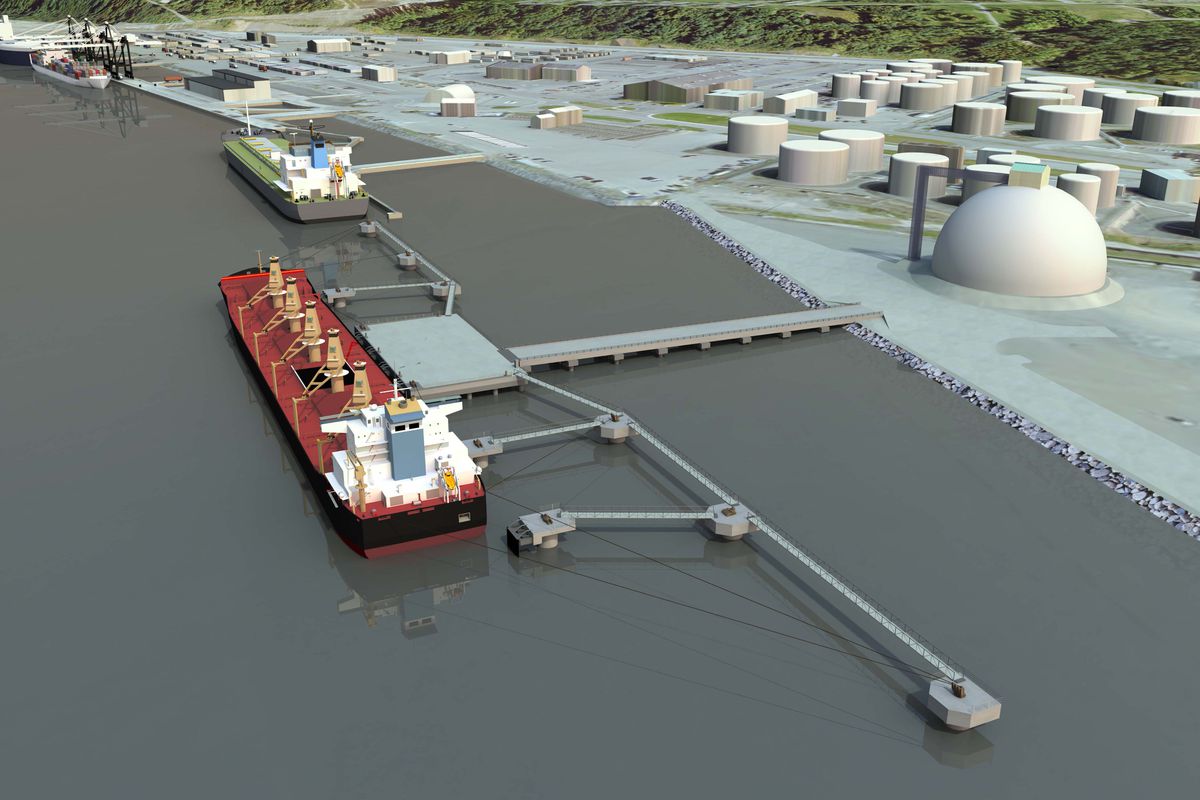 An artist's rendering of the petroleum and cement terminal the Port of Alaska will start construction on this spring. The project is expected to be completed in fall of 2021. (Rendering provided by the Port of Alaska)

An artist's rendering of the petroleum and cement terminal the Port of Alaska will start construction on this spring. The project is expected to be completed in fall of 2021. (Rendering provided by the Port of Alaska)

The city of Anchorage landed a $20 million grant to further cut into the cost of rebuilding the Port of Alaska’s cement and petroleum terminal.

In-water construction of the new terminal will start this spring and finish in fall 2021. It’s expected to cost a little more than $200 million, according to Jager.

In November, the city announced a $25 million grant toward the project, also from the Transportation Department.

With the new grant, there is a roughly $35 million deficit for the terminal rebuild. The port will bond for that money and pay off the bonds with tariffs, Jager said.

“This absolutely reduces the need for customer money, tariff money,” Jager said. "It’s money that Alaskans will not be paying for the dock.”

The port’s aging infrastructure was damaged during the November 2018 earthquake. The new terminal should withstand a more powerful earthquake than the 1964 Good Friday earthquake.

Officials said replacing the infrastructure is a dire need as the entire state depends on the port for goods and materials. The port brought in 620 million gallons of fuel in 2018 and about a third of the state’s cement, according to Jager.

The port’s general cargo docks are also in need of replacement. The city is working to refine a replacement plan, as the existing infrastructure could fail in eight years or earlier if there is a substantial earthquake.

Sen. Dan Sullivan applauded the grant in a statement.

“The Port of Alaska is the only Department of Defense strategic seaport near the Arctic — a fact we cannot overlook as sea ice recedes, traffic accelerates and our country’s adversaries, particularly Russia, grow their maritime capabilities in the region,” Sullivan said. "This grant will help restore the Port of Alaska’s status as a safe, cost-effective, reliable and resilient piece of infrastructure.”