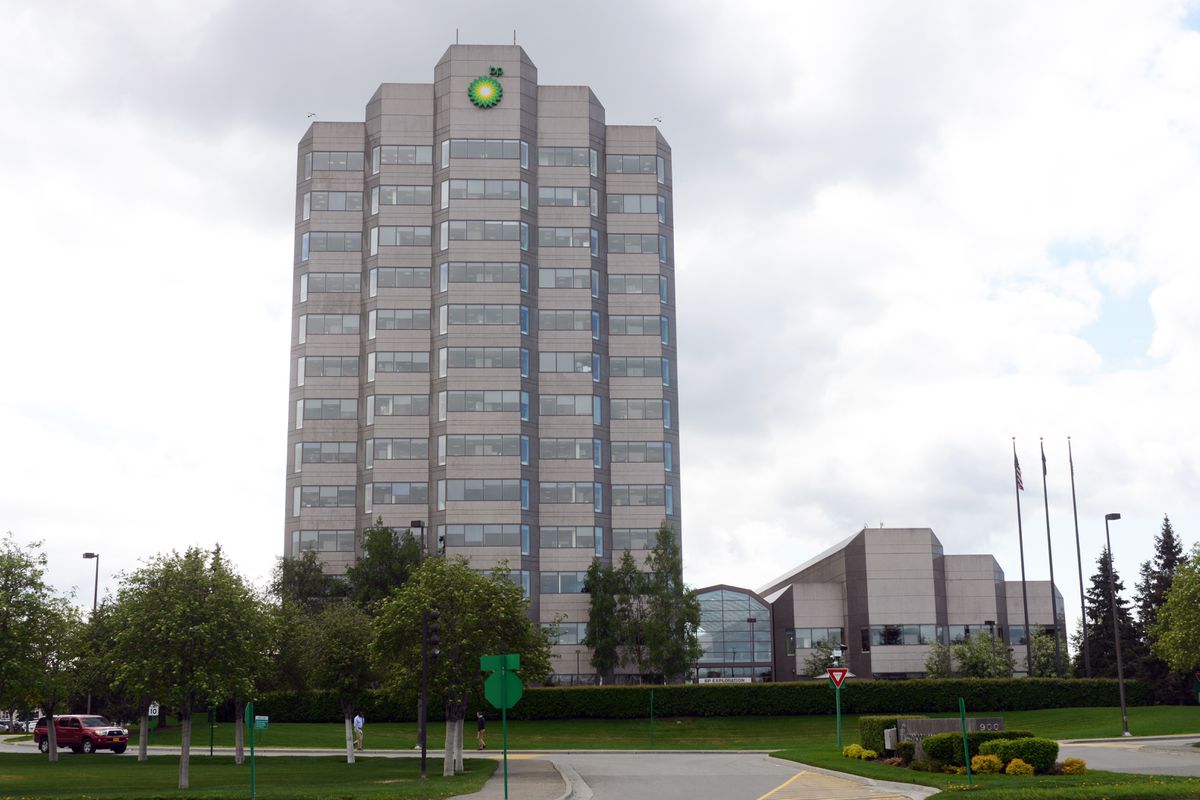 There’s new uncertainty about the future of one of Anchorage’s most recognizable high-rises.

Oil company Hilcorp plans to acquire BP Alaska’s assets, but it won’t be moving into the BP headquarters in Midtown Anchorage, a Hilcorp official told state legislators this week.

The 277,000-square-foot building, with a cafeteria, fitness center and atrium, opened in 1985. An Anchorage landmark, it is valued for property taxes at $78 million, according to city of Anchorage records.

Rather than taking BP’s place, Hilcorp Alaska will instead remain at its current location in the JL Tower building at 3800 Centerpoint Drive in Midtown, David Wilkins, senior vice president for Hilcorp Alaska, told lawmakers in a Wednesday meeting.

“Hilcorp plans to stay at Midtown in the current building,” he said. “We are going to expand our presence there.”

But Hilcorp will still assume the lease from BP for the BP building, Wilkins said.

"Staying at our current location at the JL Tower ensures we are ready to take over operations on day one and is the right cultural fit for Hilcorp,” said a statement provided by Luke Miller, a spokesman for Hilcorp.

In a cost-cutting move to cope with low oil prices, BP sold the building in 2017 to a subsidiary of Oak Street Real Estate Capital, a private equity firm from Chicago. The company leases the building back to BP.

Wilkins did not describe Hilcorp’s plans for future tenants of the building.

Hilcorp is seeking to buy BP’s Alaska assets in a $5.6 billion deal that the oil companies hope to close by July.

Hilcorp has said it will triple its workforce in Alaska from about 500 to about 1,500 as part of the deal. Observers had speculated that the company would move into the BP building, located on an 18-acre campus at 900 E. Benson Blvd.

BP currently occupies most floors of the building, subleasing about 3.5 floors, said Megan Baldino, a spokeswoman with BP. Some BP employees have already left the company. But about 400 still work in the Anchorage headquarters, while others work on the North Slope, she said.

In a separate transaction, BP in February announced it is turning over the nearby BP Energy Center to the Alaska Community Foundation so community and educational groups can continue to use the space.

Oil Search is a major sub-lessee. The Papua New Guinea oil company is pursuing a large oil prospect on the North Slope. A spokeswoman with Oil Search could not be reached for comment on Thursday.