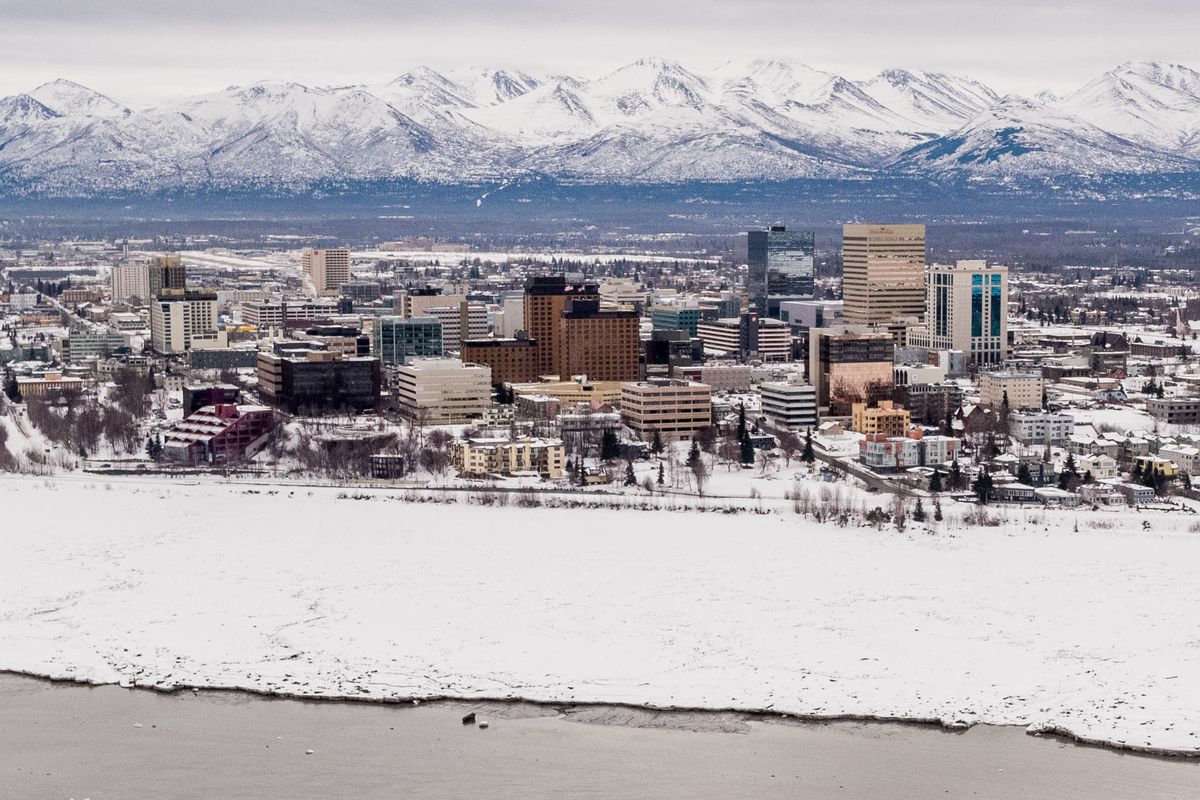 Anchorage Mayor Ethan Berkowitz extended the city’s emergency “hunker down” order to April 14, and said it likely will be pushed beyond that date.

Berkowitz announced the extension in a telephone press briefing Friday, hours before state officials announced a shelter-in-place health mandate that enacts similar restrictions across Alaska. The statewide mandate is in effect from 5 p.m. Saturday and will be reevaluated by April 11.

Those protective measures come as more than 40 cases of COVID-19, the illness caused by the new coronavirus, have been confirmed in Anchorage, out of more than 80 statewide. The first fatality in Alaska involved a 63-year-old woman with underlying medical issues who died Friday at Alaska Native Medical Center in Anchorage.

Berkowitz repeatedly said there is no hard end-date for both the city’s hunker down order and the order to close bars and restaurants to dine-in service, but said that Anchorage is just beginning its encounter with the new coronavirus.

“The world we are entering into is different from the world we left,” Berkowitz said.

He said Alaskans need to approach this as a “COVID winter.”

“It’s getting cold, it’s getting dark,” he said. “We know it’s going to get warmer and lighter, we just don’t know exactly when the springtime is going to happen.”

Berkowitz’s orders have had a profound economic effect on the city. Bars and restaurants have closed to dine-in service or shuttered altogether. Under the hunker down order, which went into effect Sunday night, businesses deemed nonessential closed to the public. Many Anchorage workers have been laid off as unemployment claims have spiked statewide.

[How will Anchorage’s ‘hunker down’ coronavirus order work? Here’s the city’s FAQ.]

Berkowitz said the city is working to address those issues. Property tax bills will be delayed at least a month, he said, and utilities will not be shut off due to lack of payment.

“The municipality has begun a number of efforts to make it easier for all of us as we go forward,” he said. “It’s hard when you don’t know if you can pay your bills.”

Berkowitz said the city will do everything it can to make sure renters don’t lose their homes, and they’re working with nonprofits to find solutions, in addition to suspending property tax bills for landlords. It’s cheaper to keep someone in a home than to find them housing after becoming homeless, he said.

“It’s really critical for people to have the stability that comes from having a house,” he said. “We’re going to do everything we can to make sure the people who are having a difficult time paying rent can pay rent.”

Berkowitz said his staff is analyzing changes to unemployment benefits being made at the state and federal levels.

Before Berkowitz’s media briefing, President Donald Trump signed a $2 trillion stimulus package, and the state is working on its own economic relief plan for Alaskans. But Berkowitz acknowledged that for some, the government money won’t be enough.

“There are no absolute guarantees,” he said. “What we can guarantee is we’re going to work really hard to make sure that people who have spent a lifetime trying to build a business are going to have a chance to try and figure out how to move ahead in this uncertain environment.”

While much of the city has shut down, Berkowitz said the police have not.

There’s no evidence of a crime surge, he said, but he wanted to remind the public that the police remain on duty, ready to arrest criminals. Industry is taking a loss on business, Berkowitz said. So, too, can criminals.

“I would encourage the criminal element in Anchorage to do their civic duty and abstain from criminal behavior for the duration, and maybe, you’ll find out there’s a better way,” he said.

Berkowitz said so far, the hunker down order appears to be successful. Code enforcement went around to businesses this week and found the ones that were supposed to be closed had largely done so. While violators could receive civil fines, Berkowitz said that the city hasn’t yet resorted to such measures, opting instead to have conversations with business owners.

“Act not only like your own life depends on it, but that the people you care about depend on it as well,” he said.

Despite that success, Berkowitz said there could be more strict measures imposed, such as a mandatory order to stay at home. Berkowitz said he will reassess the situation based on the evidence before him.

“I hope that if we do all the right things early on, we won’t get to as drastic and draconian situations,” he said.