Donors asked to contribute $500,000 to feed children and families in Anchorage 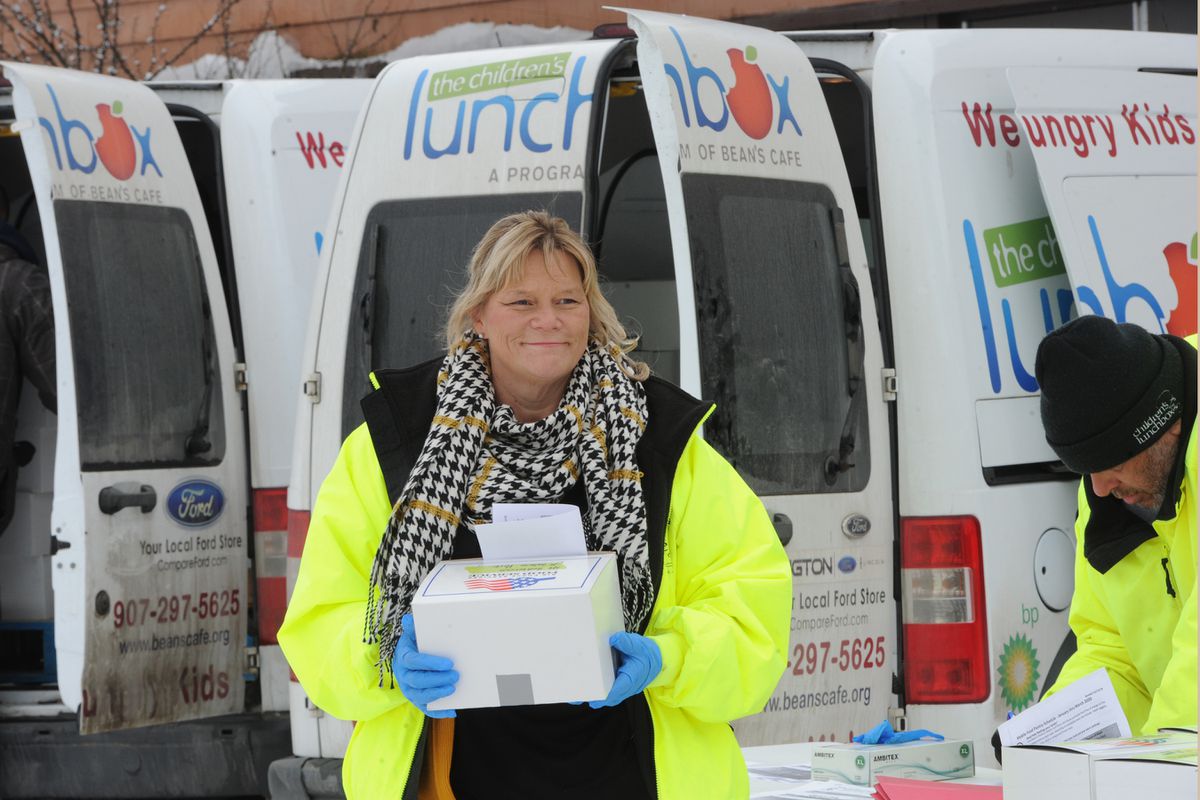 With record unemployment filings and food insecurity rising, a $500,000 fundraising campaign kicked off this week to feed hungry children and families in Anchorage as the new coronavirus spreads.

Bean’s Cafe and The Children’s Lunchbox are spearheading the effort. As of Wednesday afternoon, donors had given $155,000, according to Diana Arthur, development director.

The nonprofits are using the funds to provide shelf-stable food boxes, called pantry packs, which can feed a family of four. The boxes are available on Monday, Wednesday and Friday and if the funding target is met, the staff plan to distribute them until Anchorage schools reopen.

“As Anchorage residents, we want to make sure that no one goes hungry,” said Lisa Sauder, executive director. “We realized we needed 50,000 pantry packs to tide everyone over until schools go back, which is most likely not going to be until fall.”

Besides the pantry packs, Bean’s Cafe and The Children’s Lunchbox are also giving out dinners and snacks to needy children at the same locations.

The Children’s Lunchbox is a program of Bean’s Cafe, which is operating an emergency shelter for people experiencing homelessness at Sullivan Arena and Ben Boeke Ice Arena.

More than 300 people have been sleeping and receiving three meals a day at the city-owned arenas, which were converted into homeless shelters last month. The goal was to relieve overcrowding at Brother Francis Shelter and Bean’s, which served as an overflow shelter when Brother Francis reached capacity. The spacious arenas allow people to sleep at least six feet apart as recommended by the U.S. Centers for Disease Control and Prevention.

The Alaska Club, a fitness company, helped launch the fundraising campaign and is among the companies that have contributed $10,000 or more to Bean’s Cafe and The Children’s Lunchbox feeding program, Sauder said. Some of the company’s employees are helping to assemble the pantry packs.

“I had several sisters-in-law who worked in the Anchorage School District and some of the most heart-wrenching stories they told me were of kids who came to schools during snow days because the school was going to be the source of food for the day,” said Robert Brewster, the Alaska Club’s chief executive.

“When the schools were closed, it was a disaster. This is just an extension of that,” he said.

As the coronavirus pandemic continues, “many Alaskans will face hunger and access to food and shelter need to be in the forefront,” Sauder wrote in an appeal to donors.

Despite the bleak outlook, Alaskans are stepping up to do what they can. Many restaurants that have closed or are doing only takeout are donating surplus food and cooking meals for staff working at the arenas, Sauder wrote. Anchorage residents have dropped off cloth face masks for frontline workers, and florists are donating flowers to brighten up the mass shelters.

But the needs are great and are bound to grow, Sauder said.

Alaskans in need can find help by calling 211 or emailing alaska211@ak.org. For a list of locations and times for food distribution and a way to donate, go to The Children’s Lunchbox website.