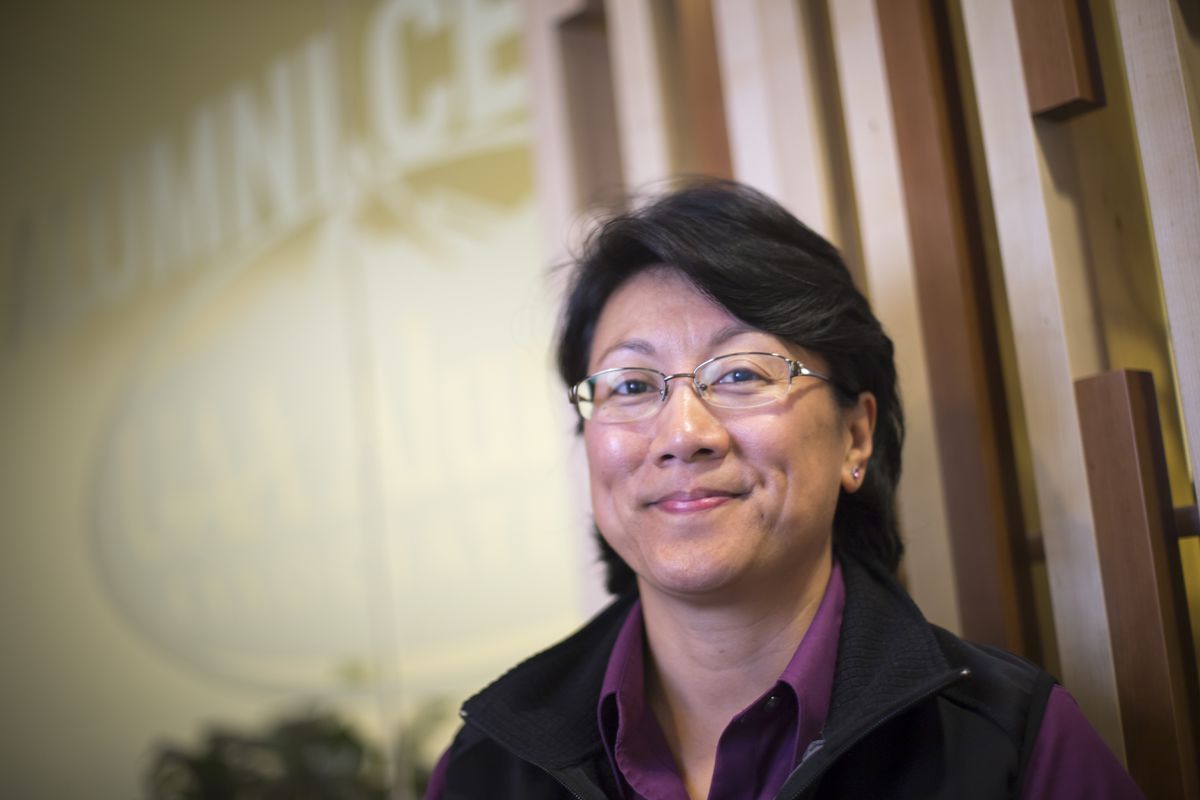 Each evening after a long day at work, Virginia Groeschel would tuck her son into bed. Then, while her husband and now-10-year-old son slept, she’d settle into a quiet corner with her books and computer. She’d often stay up all night to study as she worked toward a master’s degree from the University of Alaska Anchorage.

After four years of chipping away at a master’s in project management, Groeschel graduated Sunday along with more than 1,150 other UAA students.

Normally, Groeschel would have given a speech during the graduate students’ hooding ceremony that day. Instead, Groeschel’s speech was video-recorded.

“That sense of achievement, that sense of huge, hard work paid off and now they’re celebrating you for it — that’s an amazing feeling at commencement,” said Groeschel, who received a bachelor’s from UAA in 2006. “But this time around is really uniquely different.”

Strict social distancing mandates have prevented schools across Alaska from holding in-person ceremonies. UAA on Sunday launched a website to honor its class of 2020 graduates in lieu of a traditional commencement ceremony.

[10 senior stories: What it feels like to finish high school in Anchorage in a year when coronavirus stopped, or changed, so many things]

“Our students embody resilience,” Sandeen said in a statement. “Completing a degree alone is a significant achievement. The spring Class of 2020 faced unprecedented challenges this semester due to COVID-19."

For most students, graduation is a celebration already marked with uncertainty as they transition from the steady rigor of study and start looking for a career.

“Graduating already is this big question of, ‘What now?’ ” student commencement speaker Clare Baldwin said. “Now it is like, ‘Will I even have something to do next?’ We really have to fight for opportunities now, if they’re even there.”

Not holding a celebration among friends and family to mark the years of work and a rite of passage is a big letdown, some graduates said.

“It’s like fireworks. You really want to see that last crescendo of the fireworks,” Groeschel said. “We were all striving for that.”

“I think obviously the university is doing the best it can with the cards it’s been dealt,” Jorgensen said. “There’s no way it can plan for something like this.”

In March, the university canceled in-person classes and moved all its programs online in response to the pandemic.

For students like Groeschel — especially those just a few months from graduation — the sudden switch to online-only coursework, the cancellation of commencement and the danger of a proliferating global pandemic were beyond stressful.

[University of Alaska will take a massive financial hit due to COVID-19, top administrator warns]

“I don’t know if I have ever gone through that level of stress before — maybe childbirth — but it was so, so difficult,” Groeschel said. “I can’t even put into words how very hard that was.”

Groeschel was bolstered by an outpouring of support from UAA’s faculty, she said. That support is what sustained her all the way to defending her master’s thesis last week using Zoom.

“Everybody who was preparing for finals week and the master’s defense — we were all already under stress,” Groeschel said. “We could have all just fell apart if it hadn’t been for so many people supporting us."

Not sharing her triumphant moment with family is the most painful part for Groeschel.

“I’m a first-generation college graduate and getting my master’s degree,” Groeschel said. “Can you imagine as a parent seeing your child not just overcome everything over the years, but be able to get another degree on top of that?”

Commencement speaker Jorgensen’s five years as a UAA student have been marked by unprecedented challenges — from the state’s massive budget cuts to the university system to the sudden disruption of campus life by the COVID-19 pandemic.

“It seems that every year there’s a message that’s been thrown at us saying, ‘You know what, it’s not worth it. Don’t continue on with your degree,’” Jorgensen said. “But yet, we’re all here. We’re all graduating.”

For Baldwin, who graduated Sunday with a bachelor’s in economics, the transition into adult life doesn’t yet feel real.

“I don’t really feel like I’m graduating, she said. "It’s kind of surreal.”

Baldwin and Jorgensen both worry about their career prospects.

“It’s very stressful because the job market and the economy is continually spiraling,” Baldwin said. “That’s not anything I ever imagined.”

For now, both are grateful, if a bit reluctant to be able to live at home with parents.

“Now we’re faced with the challenge of trying to go out on that very uneven ground that is the world right now and try to make our way through it,” Jorgensen said. “It’s a crazy time to try and enter the workforce and 30 million people in this country are applying for unemployment.”

First-generation college graduate Eva Ulukivaiola said she is devastated that she can’t walk to receive her master’s diploma. She’s been in school since kindergarten with no break, plugging her way through an education made possible by her grandparents when they immigrated from Tonga.

“I just really wanted to walk for my grandparents to be able to make them proud, since they are immigrants.”

But Ulukivaiola said she quickly realized that not holding the ceremony is important for the public’s health. For her, it’s no longer about a personal loss — it’s about adaptability and resilience, Ulukivaiola said.

“Change is something I’m learning to embrace as a young professional. I never thought I would have to do a virtual hooding ceremony and a virtual commencement,” Ulukivaiola said. “There’s nothing else I can do but keep a positive attitude, keep my family safe, my community and myself safe."

Correction and clarification: This story has been corrected to reflect that Virginia Groeschel is a first-generation college student, not the first in her immediate family to attend college as originally stated. The story has also been updated to clarify the context for Groeschel’s feelings about the stress caused by the global pandemic that students like her felt during the last two months.