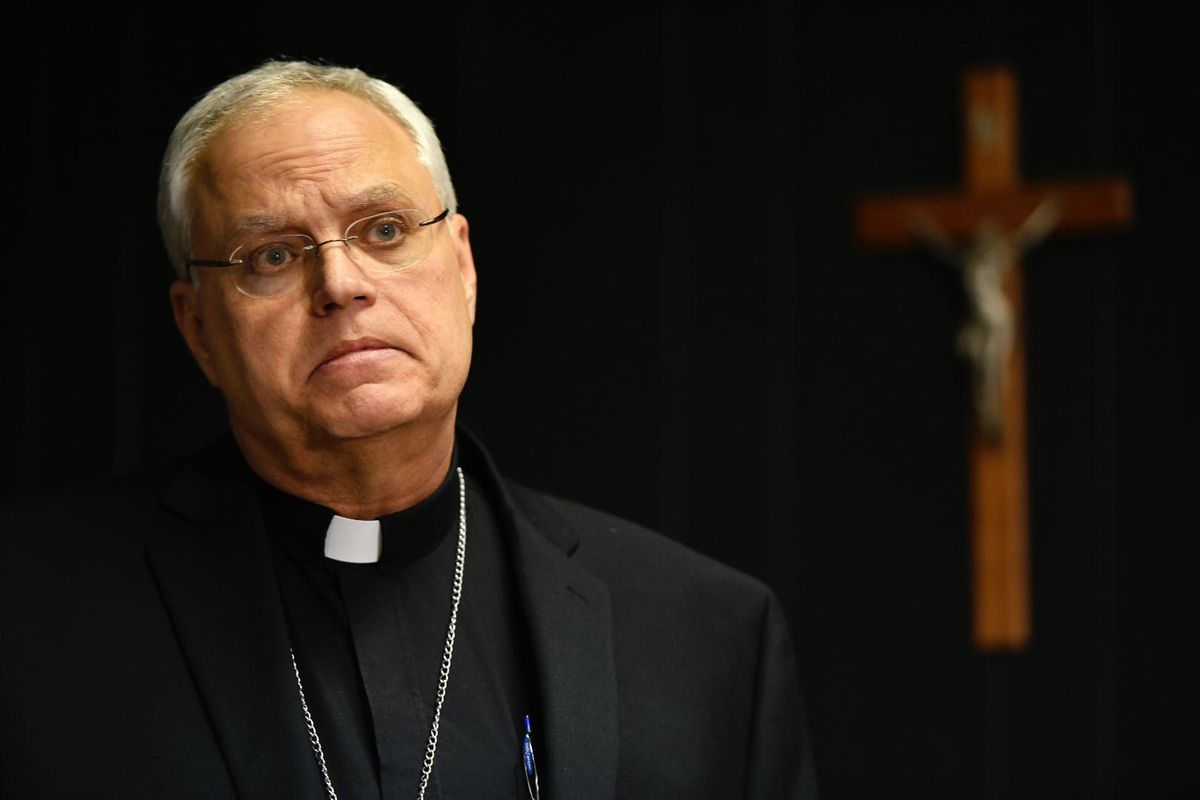 Then-Bishop Andrew Bellisario of Juneau speaks to reporters at the Archdiocese Pastoral Center in Anchorage on January 16, 2020. (Marc Lester / ADN)

Then-Bishop Andrew Bellisario of Juneau speaks to reporters at the Archdiocese Pastoral Center in Anchorage on January 16, 2020. (Marc Lester / ADN)

Andrew Bellisario has served as Juneau bishop since 2017 and as the apostolic administrator in Anchorage since last summer.

Anchorage’s former archbishop, Paul Etienne, was appointed to that position in 2016 and moved to Seattle in 2019 to serve as the coadjutor archbishop there. He became Archbishop of Seattle in September. The Anchorage archbishop post has been vacant since, although Bellisario has overseen operations in the interim.

The two dioceses were joined previously, but split apart in 1966 because of a population shift in Alaska, Bellisario said. The Juneau diocese has been the smallest in the country for a number of years, with Anchorage and Fairbanks following not too far behind, he said. There are about 50 parishes in the state, he said.

The merger has been discussed in the past, Bellisario said, although it’s been more than 50 years since two diocese were brought together.

“I think finally it just got to the point where we’re smaller, technology has gotten better, we can probably economize in certain ways,” he said.

Bellisario will likely continue to reside in Juneau but said he will work from Anchorage and have accommodations there, also.

There will be no direct impact to the parishes or churchgoers, but there may be potential for more connection throughout the state, Bellisario said.

“We have something that is new,” he said. “It is not one diocese absorbing another, but it is two coming together and the people of God being able to create a new reality.”

The official installation of Bellisario as archbishop of the newly merged archdiocese will be held at a later date because of the pandemic, he said.

There are more than 30,000 Catholics living in the area overseen by the new Archdiocese of Anchorage-Juneau, the church says.