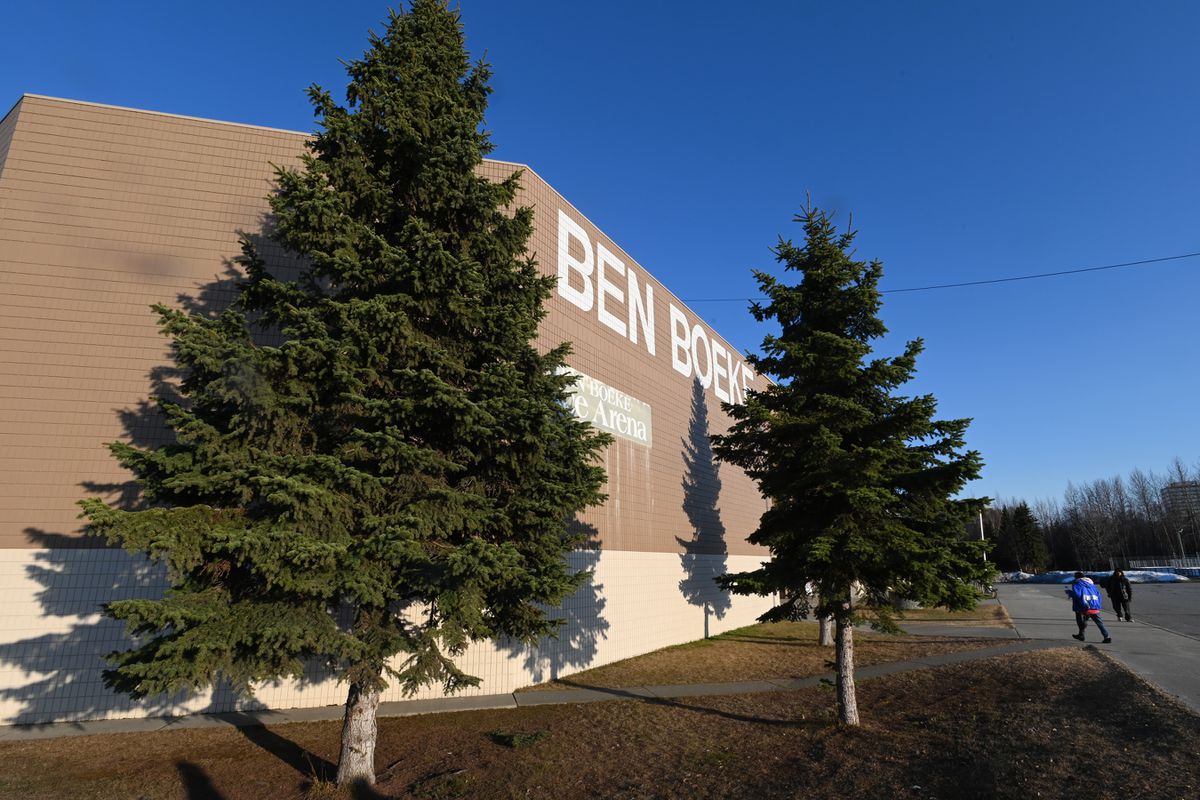 As the weather warms, people experiencing homelessness are moving out of the Ben Boeke Ice Arena, where many have stayed since late March. With the assistance of social service agencies, some are moving into apartments, supportive housing and treatment centers as the city prepares to close the building as a mass shelter June 1.

The city-owned arena, together with Sullivan Arena next door, was opened as an emergency shelter for homeless residents March 22 as coronavirus cases began showing up in Alaska. The spacious arenas have allowed shelter patrons to sleep on cots six feet apart as recommended by the Centers for Disease Control and Prevention.

City officials told the Anchorage Assembly’s committee on homelessness last week that the number of people using Ben Boeke has declined so the arena will revert to its former status as a venue for hockey players and ice skaters. The Dempsey-Anderson Arena, converted to an isolation and quarantine facility for homeless or others without a place to go, will also be demobilized on June 1.

As far as when regular arena activities will resume, “the timeline is to be determined,” said Carolyn Hall, spokeswoman for Mayor Ethan Berkowitz.

Ben Boeke has the capacity to accommodate 240 people per night. As of Tuesday, 74 people were staying there, according to a city data dashboard. The ice arena accommodates women, couples, and members of the LGBTQ community while the Sullivan serves single men.

[What do you want to know about Anchorage homelessness?]

After Ben Boeke closes as a shelter, women, couples and LGBTQ persons will sleep on the mezzanine level of Sullivan Arena while men will stay on the ground floor, according to Lisa Sauder, executive director of Bean’s Café, the nonprofit operating the mass shelters.

The goal is to end emergency shelters and move people into permanent housing, she said.

Bean’s Café used to run a soup kitchen and overnight shelter for men and women prior to COVID-19’s arrival. As at Brother Francis Shelter across the parking lot on East Third Avenue, Bean’s clients would often sleep mat to mat because of overcrowding, a practice that became unsafe during the pandemic.

Since late March, Bean’s Café has had a contract with the city to feed and house up to 480 people experiencing homelessness at Sullivan and Ben Boeke. The city expects the Federal Emergency Management Agency to cover the costs. The contract pays $795,180 per month for the care of up to 360 people, and $1,081,351 for up to 480 people, according to a document provided in response to a public records request.

More than 106 people staying at the mass shelters have moved to housing or treatment, or are apartment shopping, as the result of outreach efforts by a variety of partners, according to Nancy Burke, housing and homeless services coordinator for Mayor Ethan Berkowtiz.

Regular users of the Dempsey and Ben Boeke arenas are anxiously awaiting the city’s plan for what happens after the buildings are decontaminated and reopened. Between 160 and 200 children were planning on attending a five-week hockey and swimming camp at Dempsey.

Board president Theresa Austin said the hockey organization has lost tens of thousands of dollars in business because the arenas were converted into mass shelters.