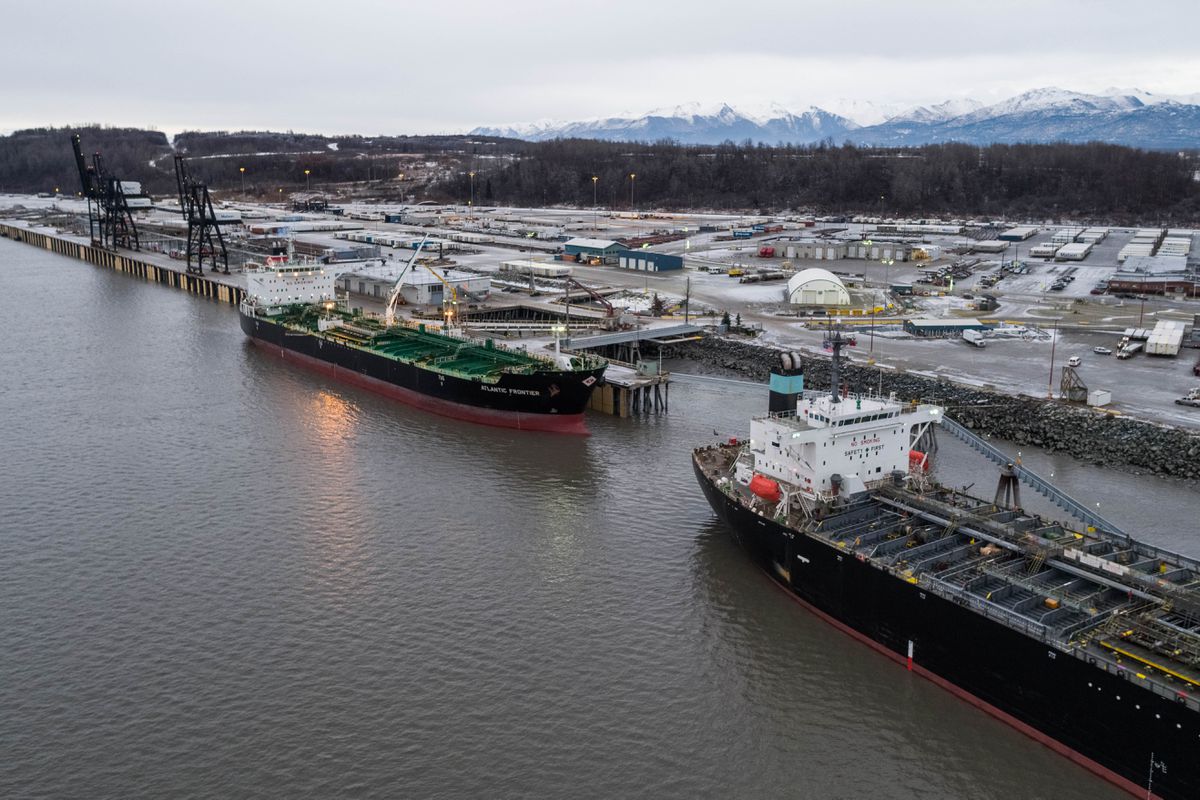 A federal judge denied the U.S. Maritime Administration’s motion for judgment in Anchorage’s lawsuit against the agency over more than $300 million in failed construction at the city’s port done more than a decade ago.

U.S. Court of Federal Claims Judge Edward J. Damich rejected the Maritime Administration’s arguments that memorandums of understanding signed in 2003 and 2011 outlining the city’s and agency’s roles in the Port of Anchorage Intermodal Expansion Project were cooperative, and therefore not binding agreements.

Agency attorneys argued that the MOUs were more ceremonial in nature and did not make the government responsible for the project.

The Anchorage port was renamed the Port of Alaska by city officials in 2017.

Damich concluded that the MOUs are “binding and valid contracts” that have not been voided largely because the Maritime Administration, commonly known as MARAD, spent at least $14 million in Municipality of Anchorage and State of Alaska money on non-construction project costs such as legal fees, audits, salaries and contract claims out of a total of $163 million transferred to the agency for the project.

MARAD was tasked with participating in the city port construction project — a first for the agency — partly as a means to more easily direct federal funding to it after discussions between the members of Alaska’s congressional delegation and former governor and Port Director Bill Sheffield, according to court documents. The port expansion work also benefited Joint Base Elmendorf-Richardson, which is adjacent to the port.

Damich wrote that the costs MARAD paid with city and state money “clearly fall within the guise of administrative expenses” and well exceed the 3% administrative fee the agency was to receive under the 2003 MOU.

Attorneys for Anchorage argued the administrative costs supported their assertion that the municipality “hired” MARAD to oversee the project and therefore is liable for the work that went wrong.

According to accounting records submitted by government attorneys, MARAD used approximately $9 million of state and port money fund a settlement with Integrated Concepts and Research Corp., the prime contractor on the project, in October 2012 as part of an $11.3 million settlement and another $1.6 million of nonfederal project funding in a $4.1 million January 2017 settlement.

Municipal attorneys allege those settlements were deliberately made without the city’s knowledge, which MARAD’s lawyers don’t dispute.

The city is seeking more than $320 million from MARAD to recoup the $163 million of local money spent on the project as well as the money port officials estimate it will cost to fix what is left from the failed work that ended in 2010.

ICRC was owned by Koniag Inc., the Alaska Native Regional corporation for Kodiak, when the project started but was sold to a Virginia company in 2007.

The municipality first sued a suite of contractors, including ICRC, involved in the dock design for the expansion project in March 2013. That lawsuit netted $19.3 million for Anchorage through seven individual settlements made in early 2017.

Damich’s ruling followed a two-day “mini trial” held Feb. 18-19 in a San Francisco courtroom in which attorneys for both sides called witnesses to make their arguments in the complex and drawn out case. It sets the stage for a full trial, which municipal attorneys have said could be held this year.

The current members of Alaska’s congressional delegation have said resolving the lawsuit is important if the city hopes to capture very large sums of federal money for the scaled back port modernization program that is currently underway.

MARAD awarded the port a $20 million in grant Feb. 11 to help fund the new petroleum and cement terminal under construction at the port, which is expected to cost more than $200 million.