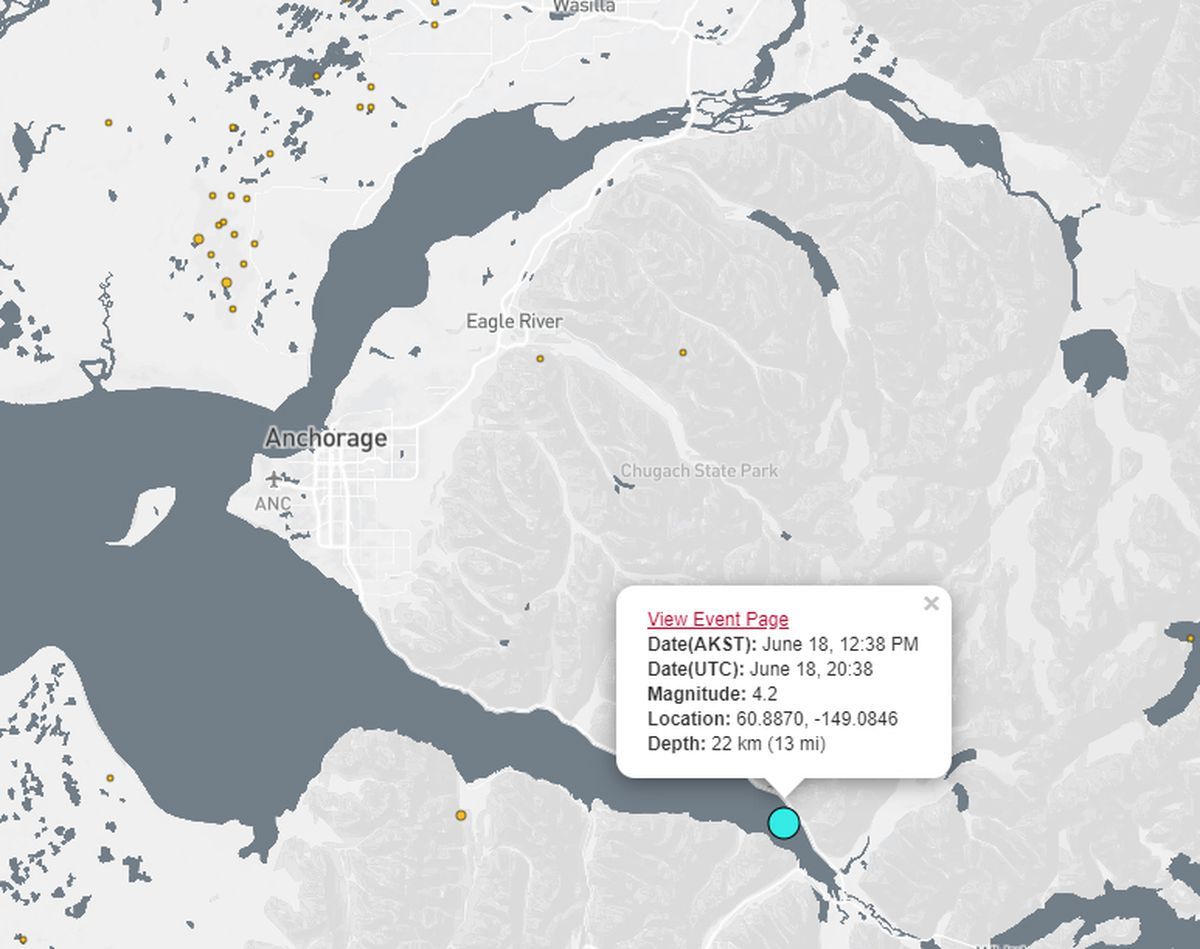 The 12:38 p.m. earthquake was estimated to be 13.4 miles deep. Early reports show it was felt throughout Anchorage and into the Matanuska Valley.

There were no immediate reports of damage, and field technician Dara Merz said earthquakes below 5.0 magnitude usually do not cause any significant damage.

The earthquake was not an aftershock of the November 2018 7.1 magnitude earthquake centered north of Anchorage. There was no tsunami danger from Thursday’s earthquake, according to the U.S. Tsunami Warning Center.

Merz said there are not any significant aftershocks expected from the earthquake.

“It was pretty typical, by the book magnitude for an earthquake — nothing out of the ordinary. They’re not unusual in this area at all,” she said.

There have been just under 21,000 earthquakes in Alaska so far this year, the center reported Thursday.

Updated info on the Girdwood event . M4.2 4 miles SE of Girdwood, with a doeth of ~13 miles. Stay safe down there everyone! https://t.co/qSlUN8LmtP pic.twitter.com/GfzPz562kP