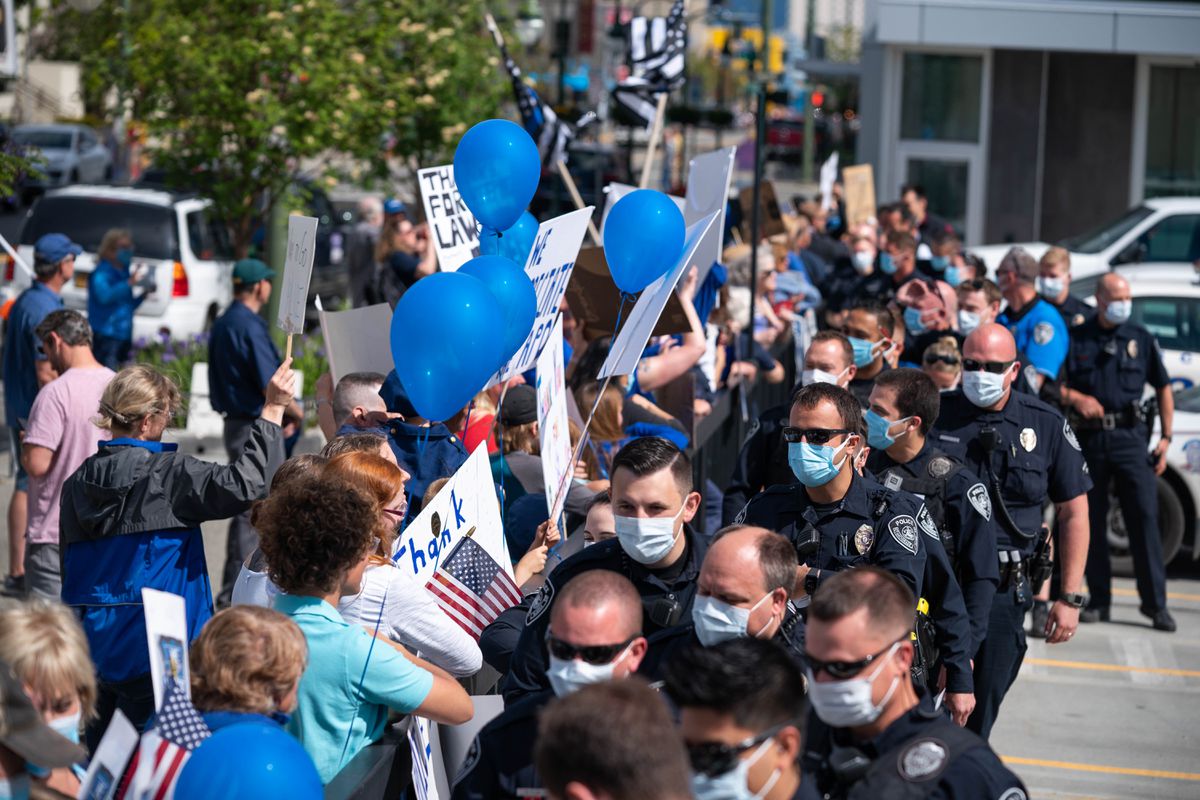 Word spread Thursday of a rally to support the Anchorage Police Department, but not over social media. “We didn’t put it on Facebook, we didn’t want any counter-protesters,” said organizer Judy Eledge. By her count, over 100 people showed up to support the officers during a shift change outside the downtown headquarters.

“We’ve got a lot of friends,” she said. “There is a silent majority.”

A few politicians joined the supporters, including Anchorage state Sen. Josh Revak and Rep. Laddie Shaw, both Anchorage Republicans. Some of the supporters waved thin blue line flags, and many held homemade signs and American flags.

The rally did attract at least one counter-protester, Deven Jackson, who drove by shouting, “Stop killing people.” He later came by on foot to denounce the rally, telling the handful of remaining supporters, “Police lives cannot matter until black lives matter.”

Thursday’s rally comes after large protests against racism and police brutality swelled across the state earlier this month.