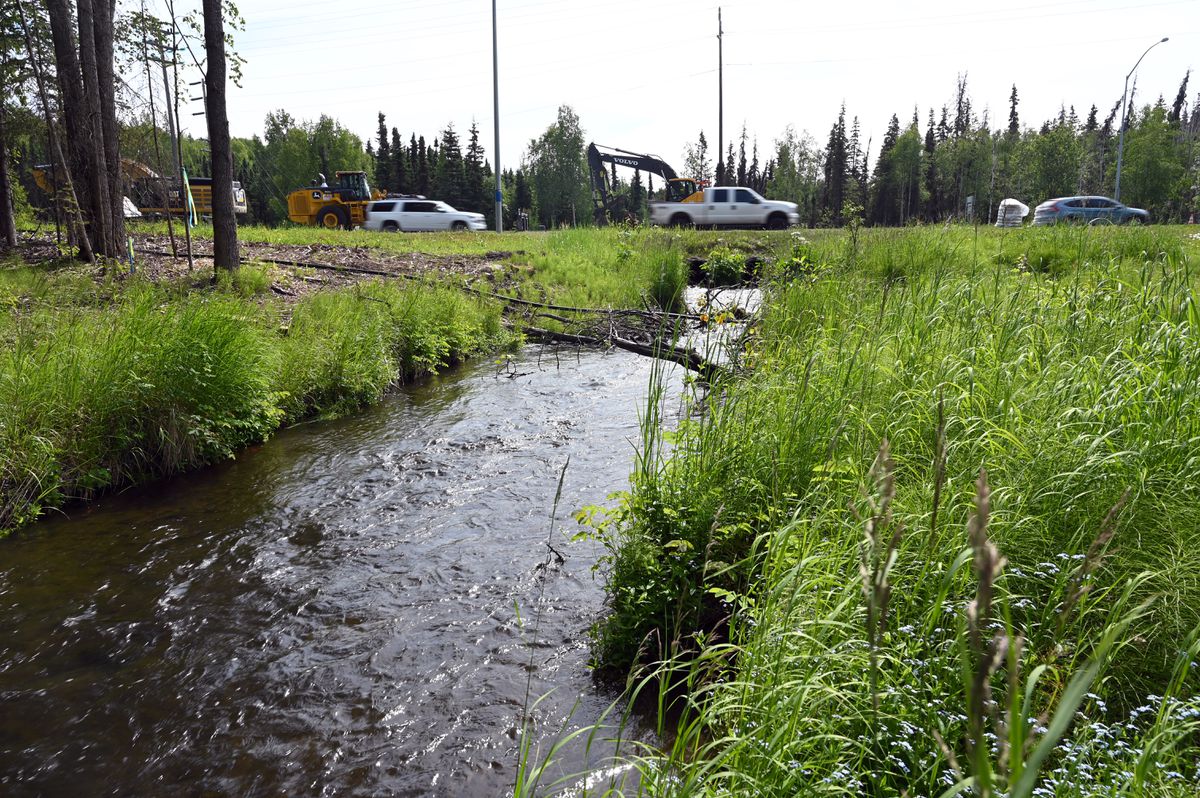 Starting Sunday evening, a section of East Northern Lights Boulevard in Anchorage’s University-Medical District will be closed in both directions for 30 days as crews work to replace damaged creek culverts.

Drivers will need to take alternate routes to avoid Northern Lights between Lake Otis Parkway and UAA Drive, the Municipality of Anchorage’s Project Management and Engineering Department said in a statement Friday.

A sinkhole formed on the roadway after one of the two steel culverts under Northern Lights Boulevard at Chester Creek started collapsing in December. At the time, the city performed emergency repairs so the road could remain open to traffic. Inspections by the city “showed significant corrosion and rust below the waterline of both culverts, which weakened them structurally,” according to the Project Management and Engineering Department’s fact sheet on the project.

Now, the city says the road must be closed in both directions so crews can divert the creek — an active salmon habitat — while working to replace the damaged steel culverts with a concrete box culvert that will last longer and won’t rust.

“Under normal circumstances, the Alaska Department of Fish and Game would not allow construction while salmon are still running upstream,” the Project Management and Engineering Department said. “Due to the emergency nature of this project, Fish & Game is allowing us to proceed as long as the creek is diverted.”

The city is working on an accelerated timeline so the road can reopen by winter. While it was unclear whether the magnitude 7.1 earthquake in November 2018 caused the damage, the Project Management and Engineering Department said, the new culvert “will be seismically more robust.”

Construction on the project will continue for 10 weeks, including the monthlong closure of that portion of Northern Lights Boulevard.