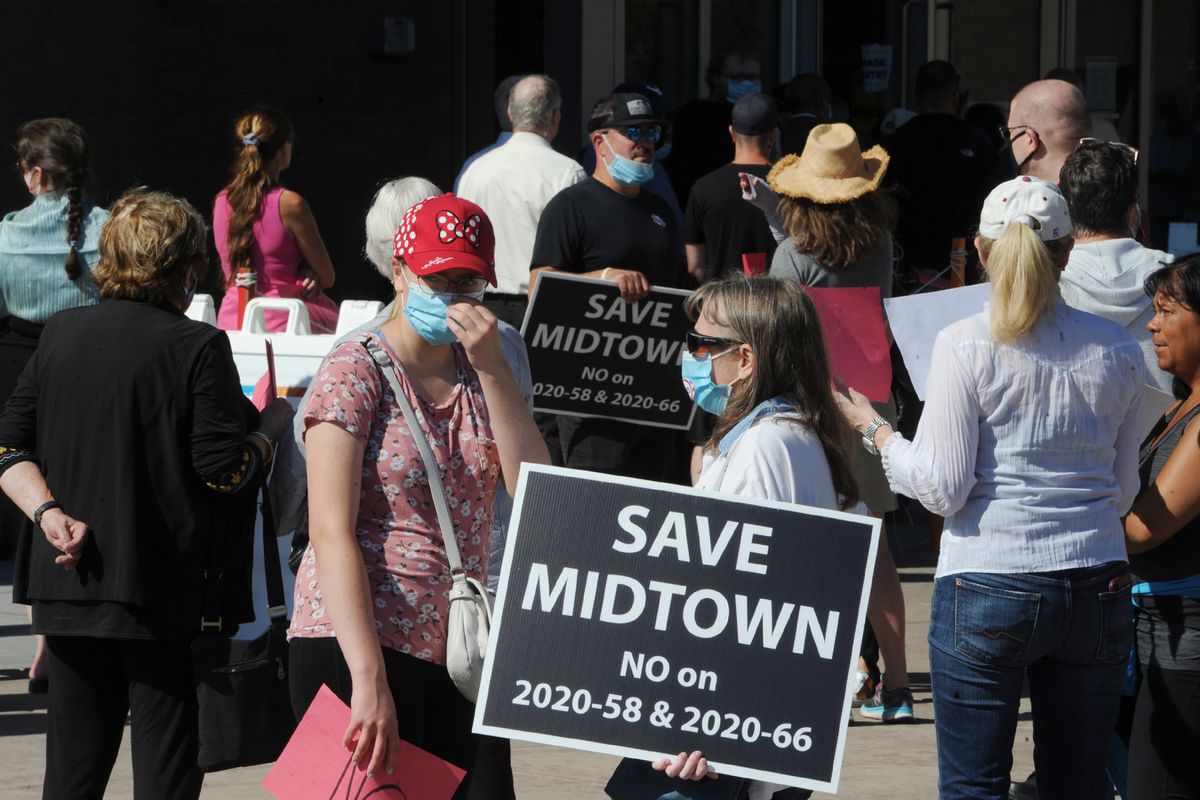 For the second straight night, dozens of Anchorage residents came to the Loussac Library to testify on whether the city should purchase four buildings for homeless and treatment services.

Several more gave testimony over the phone Tuesday and Wednesday.

On Tuesday, about 150 people entered the Assembly chambers, and about 20 people gave a combined two-and-a-half hours of testimony, nearly all in opposition.

The meeting ended at 11 p.m. and continued starting at 5 p.m. Wednesday. Prior to testimony starting, about 50 people were present at the meeting.

In the first 90 minutes of testimony on Wednesday, testifiers were evenly split between supporting the the plan to purchase buildings in an effort to provide more services, and opposed. Several Spenard residents testified that they welcomed more homeless services in their neighborhood, and felt it would improve the situation by removing people from the streets and putting them in a program where they could get back on their feet.

If the Assembly is able to get through all the public testimony Wednesday, members will have a chance to vote. If the clock again runs out, the hearing will be continued.

In an interview during the Tuesday meeting in the Assembly chambers at Z.J. Loussac Library, Mayor Ethan Berkowitz said he was not dissuaded by the testimony and wants to move forward.

“The folks that are testifying tonight, they raise points that are valid,” he said. “For the most part, we have considered them and we have plans to accommodate them.”

The Berkowitz administration is asking the Assembly to approve the purchase of the Best Western Golden Lion Hotel on 36th Avenue just east of the Seward Highway; Americas Best Value Inn & Suites on Spenard Road; the former Alaska Club building at Tudor Road and Gambell Street; and the downtown building housing the Bean’s Cafe soup kitchen at Third Avenue and Karluk Street.

The plan immediately became controversial when residents caught wind of it in June. Residents of the Geneva Woods, College Village and Rogers Park areas in Midtown have been especially vocal, fearing the facilities would increase crime in their neighborhoods and lower their property values.

People who addressed the Assembly on Tuesday said the city is moving too quickly and not considering the will of the public.

“We’ve heard several of you twist questions, evade answers, state you do not have to represent constituents, and that regardless, the mayor is going to use his emergency powers to purchase and we should just accept it,” said Deanna James, who said she lives in the South Addition neighborhood near downtown.

Many accused Berkowitz of fast-tracking the plan, with several saying the city tried to hide it from residents by taking action during the COVID-19 pandemic.

“It’s too slow,” Berkowitz responded in an interview. “We’ve been hearing for years about how we need to do something.”

Berkowitz said that due to the pandemic, the city needs to shelter the homeless in a physically distant way by winter.

When pressed on concerns about crime and property devaluation, Berkowitz said if the city can solve the homelessness issue, it will be safer and property values will rise.

Bill Borchardt testified that he thinks far more of the public is against the proposal than for it. He owns property in Midtown and said the Assembly is being “obtuse.”

“Putting two homeless camps into private businesses is just beyond belief,” he said.

Before the meeting, a large group of residents gathered outside of the library, several holding signs saying “Save Midtown.” Not all were able to get in the building after it reached capacity under physical distancing protocols.

Assembly chair Felix Rivera said testifiers could cycle through, leaving the chamber after talking so someone else could come in. Overall, about 20 people had a chance to testify Tuesday.

“If the Assembly members aren’t willing to ask questions and show interest in their own constituents, I will step up and let the community know their voices matter,” Allard said.

Berkowitz said many in the city support the plans for the buildings.

“Some of the concerns are based on representations that aren’t accurate,” he said.