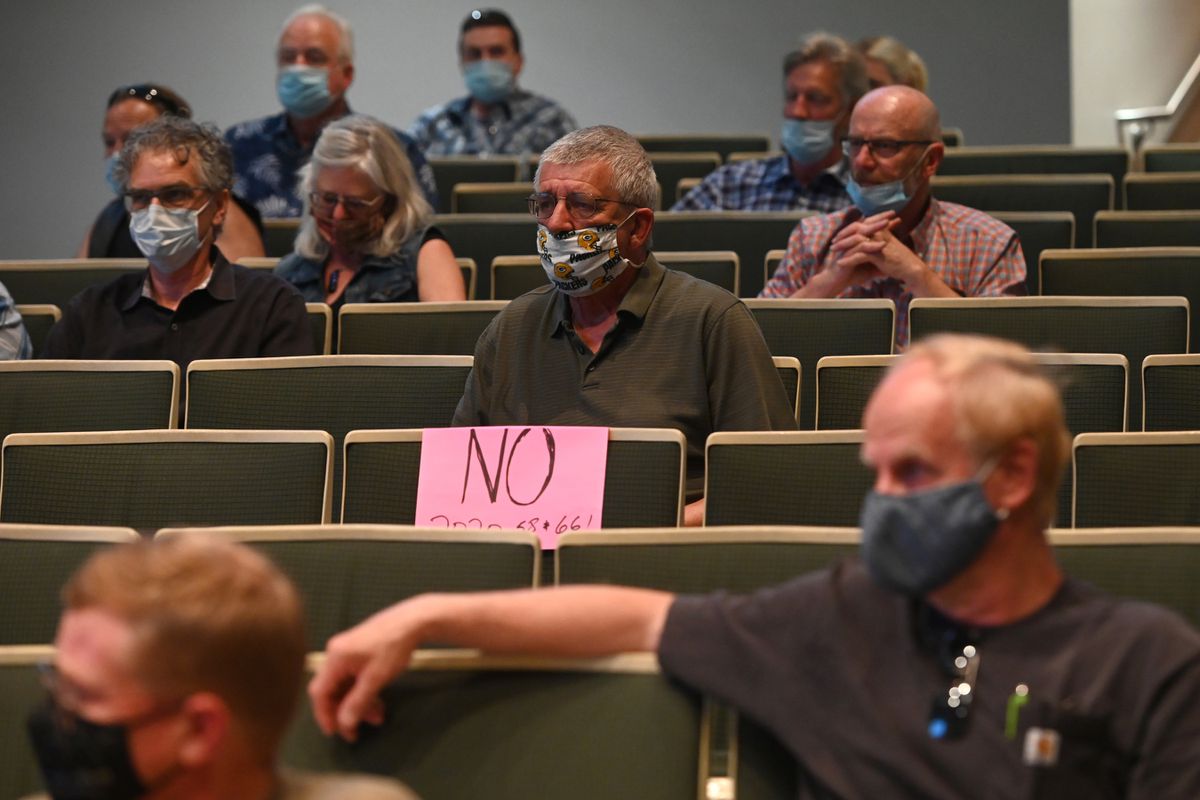 For the second straight night, scores of Anchorage residents spent hours addressing the city’s plan to purchase several buildings and transform its approach to homelessness and substance misuse on the streets.

In all, 42 people testified by phone or in person Wednesday for a little under six hours. At midnight, the meeting ended with several people still in line to speak. The hearing will continue at 6 p.m. Thursday.

If the public hearing finishes Thursday, Assembly members will have a chance to deliberate the proposed ordinance and take a vote.

If passed, AO-2020-66 would allow Mayor Ethan Berkowitz and his administration to move forward on the purchase of four buildings, one of which would provide substance misuse treatment services and the others homelessness services.

While Tuesday night garnered near-universal testimony opposing the plan, Wednesday night’s continuation brought more balance, especially in the first few hours, though the majority still opposed the plan. Of the 42 people who testified Wednesday, 15 were in support.

Several Spenard residents testified in support of the transitional housing facility proposed for their neighborhood.

Sara Iacovelli lives near Americas Best Value Inn and said the proposed services would be “revolutionary.”

“I find it honestly heartbreaking and infuriating to hear so many people in my city expressing such an utter lack of empathy for our houseless neighbors,” she said.

Still, many of the same concerns raised Tuesday were echoed Wednesday: The city is rushing this, has no plan, is ignoring the public process, and the new facilities will bring additional crime.

Many of those opposed said they wanted to help the homeless but fear the proposed plan is fatally flawed. Others argued the city should not further fund homeless services.

Eric Connick, general manager of the Lithia Kia auto dealership, said he helps the homeless every day, whether giving them coffee or letting them use the bathroom. He’s empathetic, he said, but doesn’t like the process the city is going through.

“You tell me that you let everybody know about a community council meeting?” he said. “I’m 50 feet from the shelter. I found out five days ago. That’s not OK. I want my voice to be heard.”

Harold Heinze, former CEO of Arco Alaska Inc., said the city should slow down and address the concerns.

“You’ve heard wonderful suggestions tonight of alternative facilities. Where’s the study that says those are dumb ideas?” Heinze said. “Why not take a look? What’s it going to cost you, a week?”

Burke rejected the idea that the city hasn’t come up with a plan. He said members of his organization have been involved in the planning for two decades. The planning has just occurred in meetings most people don’t attend, he said.

“A lot of what we need to do is educate people that we have been planning,” he said. “We have been asking the very questions that they rightly are asking tonight.”