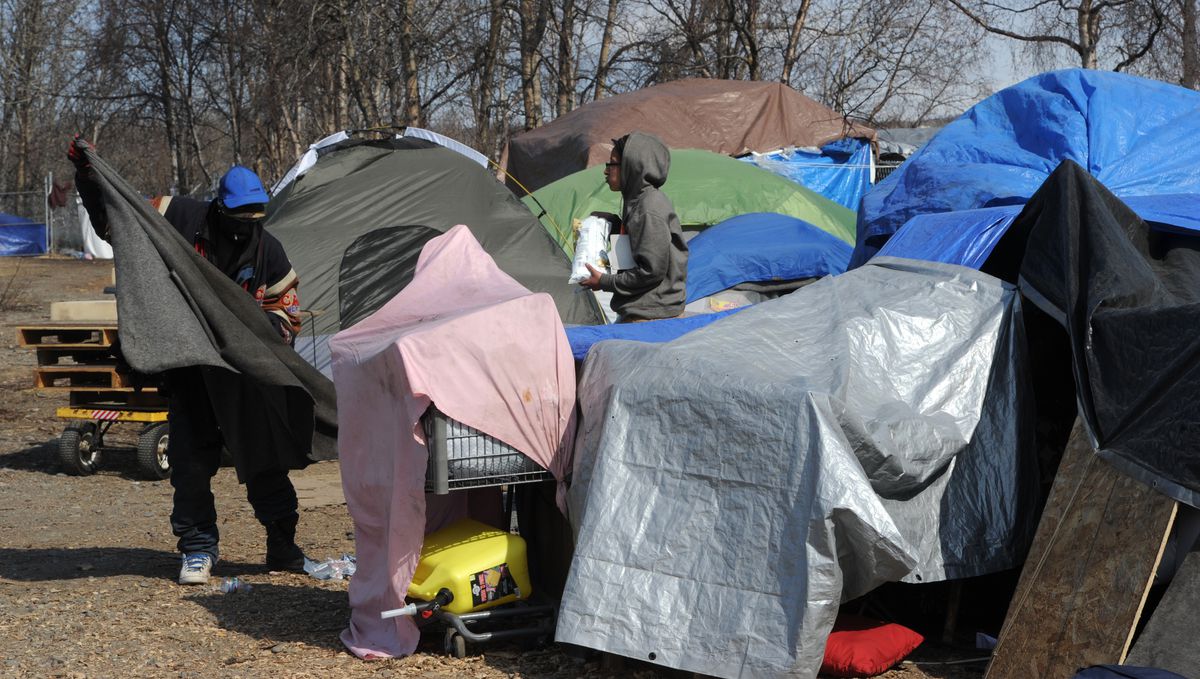 Public testimony Tuesday before the Anchorage Assembly on a plan to purchase buildings for homeless and treatment services is headed for a fifth night.

The continued public hearing, which started July 14, again did not finish by midnight. It was scheduled to continue at 5 p.m. Wednesday.

More than 140 people have testified on the city’s increasingly controversial plan to transform its approach to homelessness and addiction. The plan is being proposed by Anchorage Mayor Ethan Berkowitz and his administration, as well as several members of the Assembly.

The plan is to move away from a shelter-heavy model into a “housing-first” model with the goal of transitioning people out of homelessness over the course of a couple years. To do that, the city wants to purchase several buildings to provide more services.

Residents who live or own property near the proposed buildings have been especially vocal in opposition, though people from throughout the city have commented. As on previous nights, the majority of testifiers Tuesday opposed the plan.

In addition to fears of increased crime and lower property values, residents have repeatedly called out the city and Assembly for what they believe is lack of a public process and transparency around the purchase of the buildings.

Bill Evans, a former assemblyman and 2021 Anchorage mayoral candidate, testified that everyone in the city is afflicted by the homelessness problem. But he opposed Berkowitz’s plan. Like many others, Evans criticized the process and the amount of community engagement prior to the plan reaching the Assembly.

“With issues that are this impactful, and cause such fear in the community -- whether you think they’re justified or not, they do cause that fear -- you have to do a lot more groundwork,” he said.

Several other testifiers said that they don’t think the homeless would utilize more housing if the city invested in it. They enjoy their lives on the street, having more freedom, several said.

Sean Sullivan, a homeless outreach specialist for RurAL CAP, said that’s not so. Sullivan’s job is to engage with the homeless and connect them to services like housing.

“We are at gridlock because we don’t have anywhere to house them,” he said.

If testimony finishes Wednesday, the Assembly will likely hold a vote on when to take up deliberation and a vote on the proposed ordinance. Assembly Chair Felix Rivera has said he wants time to digest all the testimony, and he plans to propose taking the issue up Monday.