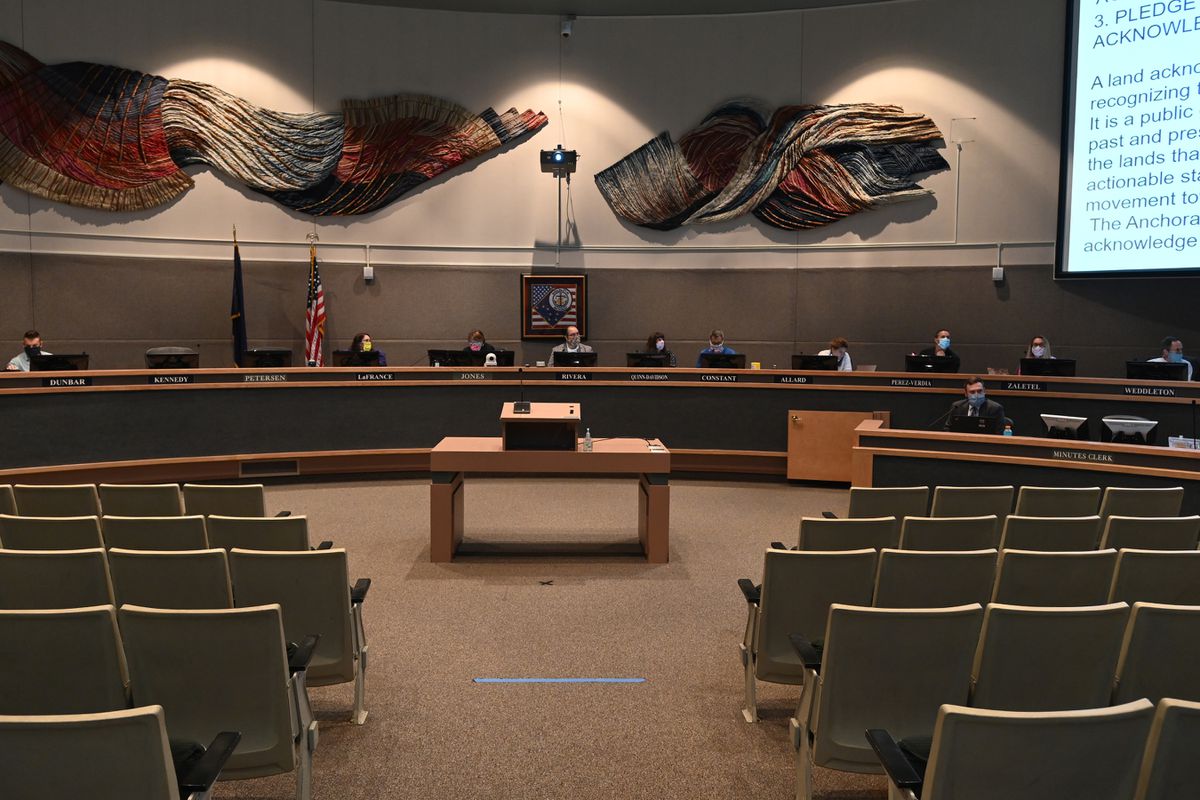 Anchorage Assembly Chair Felix Rivera is closing the Assembly chambers at the Loussac Library to the public, citing a surge in COVID-19 cases in the city.

Those who want to watch or participate in the meetings, starting with Tuesday night’s Assembly meeting, can do so remotely.

Over the past month, Alaska and Anchorage have regularly set single-day records of COVID-19 cases, prompting the city to implement new restrictions on gatherings.

During the early months of the pandemic, the Assembly chambers were also closed to the public, but reopened as restrictions on indoor businesses were eased.

Participation in the Assembly meetings has greatly increased lately due to a proposal to purchase four buildings in Midtown and Spenard for homeless and treatment services. During the first night of testimony, members of the public were turned away after the chambers reached capacity under COVID-19 physical distancing restrictions.

In order to let everyone testify, participants were asked to leave the chambers after speaking to make room for more testifiers. The public hearing on that proposal stretched to five days.

On Tuesday, the Assembly was set to again take up a controversial item, this one a ban on “conversion therapy,” a practice aimed at changing a person’s sexual orientation or gender identity that has been scientifically discredited and banned in 20 U.S. states. The ban before the Anchorage Assembly is opposed by several local and national Christian organizations, which argue it is too broad. The item was toward the end of Tuesday’s agenda. Assemblyman Chris Constant, a sponsor, said it was “highly unlikely” the public hearing would finish Tuesday night, or that the Assembly would vote.

Assembly meetings can be streamed at muni.org/watchnow. Those who want to participate can do so by emailing written testimony to testimony@anchorageak.gov by 2 p.m. the day of the meeting. The testimony will become public record.

Those who want to give testimony live over the phone must email testimony@anchorageak.gov by 2 p.m. the day of the meeting and provide their name, phone number and the agenda item they want to speak on. They will be called during the meeting and given 3 minutes to testify.