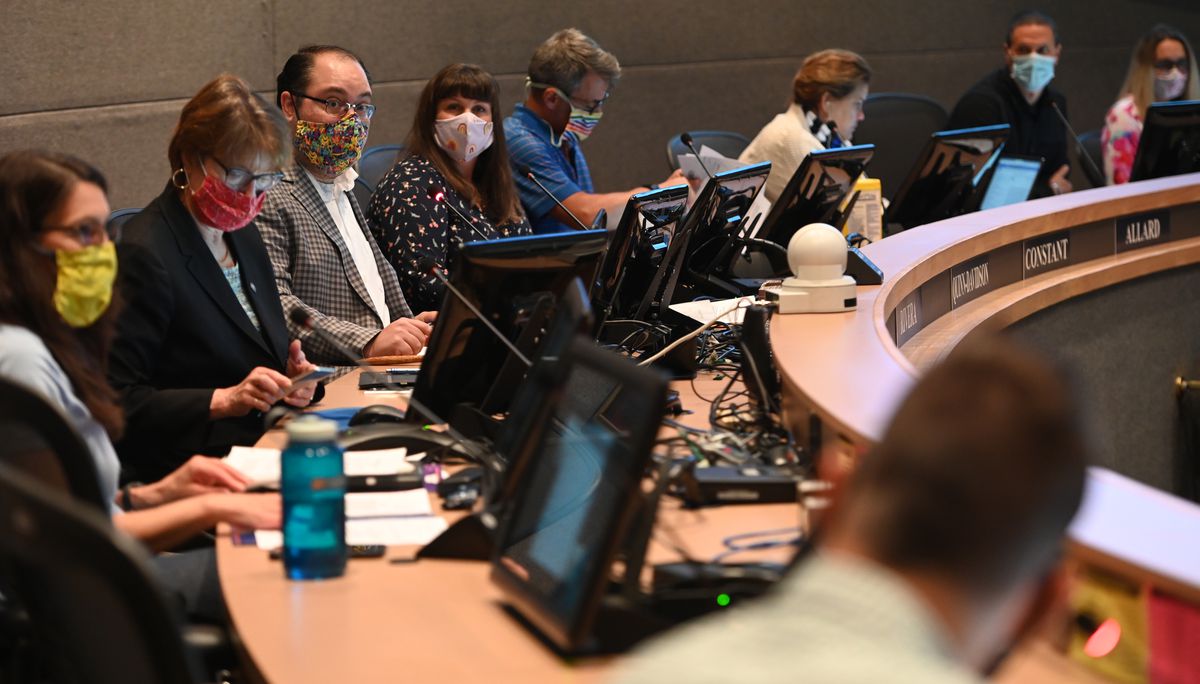 For weeks, some Anchorage residents have criticized Mayor Ethan Berkowitz’s efforts to purchase four buildings to house new homeless and treatment services, saying he is moving too fast with little planning.

The meeting did not include deliberation or a vote by the Assembly, and members did not finish going through amendments. Those efforts will resume Aug. 11.

The Assembly must ultimately decide if it will allow the administration to use $22.5 million in federal COVID-19 relief money and proceeds from a utility sale to purchase and renovate four buildings.

The locations would provide day shelter with access to services, such as obtaining identification cards and job training; in-patient substance misuse treatment; transitional housing; and more overnight shelter for the homeless.

The plan has spurred staunch citizen opposition, especially from Midtown residents living near the Best Western Golden Lion Hotel, which would be a treatment facility, and the former Alaska Club building on Tudor Road, which would provide day and overnight shelter.

Prior to the meeting, about 50 people gathered outside the library to protest the plan.

In the crowd was Thad Phillips, who said he has lived in Anchorage since 1984. Phillips said he has watched the city try to solve homelessness through plan after plan. But in his view, the problem is getting worse.

Phillips said he was protesting because “we’re going to inject a ton of money and it’s going to fail. When the next administration comes in, there will be another plan and we’ll put a lot of money into it and it will fail.”

“I’ve watched this over and over,” said Phillips. The city is focusing on housing but not getting at what he sees at some of the root causes of homelessness: mental illness and substance abuse, he said.

Chief among public complaints was that the administration did not go through a public process in selecting the sites or provide a detailed plan about how the facilities would operate.

Bockenstedt gave the Assembly a detailed explainer on work the Berkowitz administration has done so far and what the next steps would be.

He said the administration looked at many properties, including many the opponents suggested, but they did not fit the city’s specific criteria.

Municipal real estate director Robin Ward said property owners often do not want the city to publicly announce they are considering a purchase. It can create an issue between the owner and tenants. Further, if the city is looking at a property that isn’t currently on the market, it could cause the owner to inflate the purchase price.

“We started out with a very long list and have been working on this for quite a few months,” Ward said.

Another concern voiced repeatedly by opponents involves the city not having a specific operational plan for the sites. Bockenstedt said the city put out requests for information from treatment providers but was told the providers would not spend the time, money and energy to create such a plan without knowing the specifics of the building they might be operating in. Therefore, Bockenstedt said, the city must select the locations before providers can put together a plan.

“A number of them were very interested, but they had no idea what the location was going to be,” Bockenstedt said.

After Bockenstedt’s presentation, Assemblyman John Weddleton made motions to remove from the proposal the Golden Lion and Alaska Club buildings and their corresponding funding.

Weddleton said both could potentially be good sites for needed services, but the public clearly is upset by the process the city has gone through. He said the city should start over when it comes to these facilities, with more public engagement.

“We should do it in the way people want us to do it,” Weddleton said. “We have lost trust, and we can take a step towards regaining that.”

Amendments to remove both facilities failed on a 7-3 vote, with Assemblywomen Crystal Kennedy and Jamie Allard joining Weddleton.

While the majority of public input has been against the proposal, some people have come out to voice support.

On Monday evening, Erika Ammann cuddled with her daughter near the protesters outside the library. She said she is excited to see efforts to address Anchorage’s homelessness problem.

The Housing First model the city is following offers a real opportunity to make a dent in the homelessness crisis, she said.

”People need to feel safe and cared for because they can make other changes in their life,” she said.