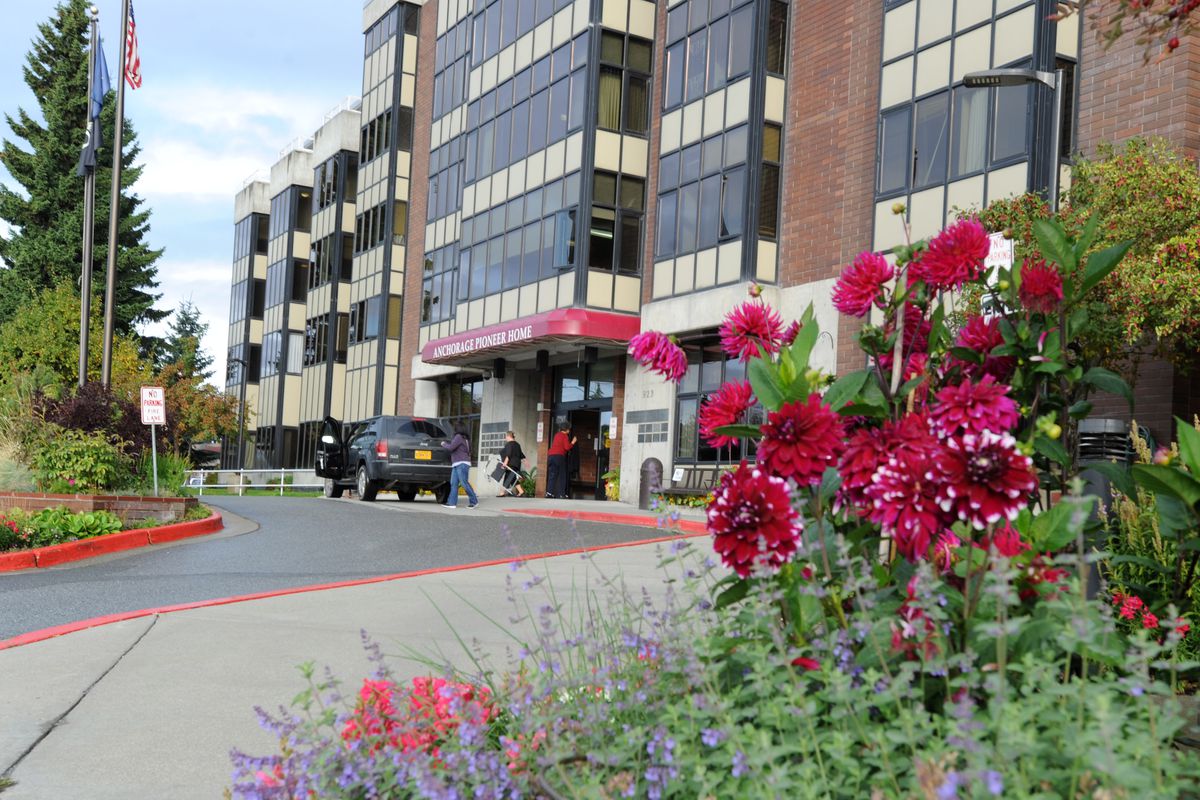 The state reported four positive coronavirus cases at the Anchorage Pioneer Home on Thursday, including three residents and one staff member.

The initial case in a resident was identified Wednesday afternoon, according to an emailed statement from the Alaska Department of Health and Human Services on Thursday.

Three additional cases were identified during subsequent testing of residents and staff, according to the statement. The three residents live in the same “neighborhood” within the home, an area separate from the rest of the home. All are in isolation, and all cases are currently under investigation.

Information about whether any of the residents or staff were currently experiencing symptoms was not publicly available, according to a spokesperson for the state.

All six closed in March to visitors to prevent a possible outbreak of the virus.

The federal Centers for Disease Control and Prevention has said that while everyone is at risk of getting COVID-19, some people are more likely than others to become severely ill. Elderly people fall into this high-risk category, meaning if they contract the virus, they are more likely to require hospitalization, intensive care or a ventilator to help them breathe.

The state announced in mid-July that some of the facilities would resume limited family visitations, after months of isolation. But some, including homes in Anchorage and Fairbanks, remained closed, due to high levels of community spread in those cities. Anchorage Pioneer Home has been closed to the public since March 17.

Thursday’s cases are the first Alaska Pioneer Homes residents to test positive for the virus. In June, an employee at the Fairbanks Pioneer Home tested positive.

According to the statement, the elders who tested positive are isolating, and “will have, as much as possible, dedicated staffing.”

The employee who tested positive is self-isolating at home.

In total, 141 residents live at Anchorage Pioneer Home, including 35 in the “neighborhood” where the three residents tested positive. The home has 168 staff members.

All residents and staff have been or will be tested, according to the state.

On Thursday, forty-six new cases of COVID-19 were reported across the state — a drop after weeks of record highs in new daily cases. Four new hospitalizations were reported, for a total of 34 confirmed COVID-19 patients currently being treated in hospitals across the state. There were no new deaths.