With the help of an old letter and social media, Anchorage stabbing victim finds man who saved her life 15 years ago 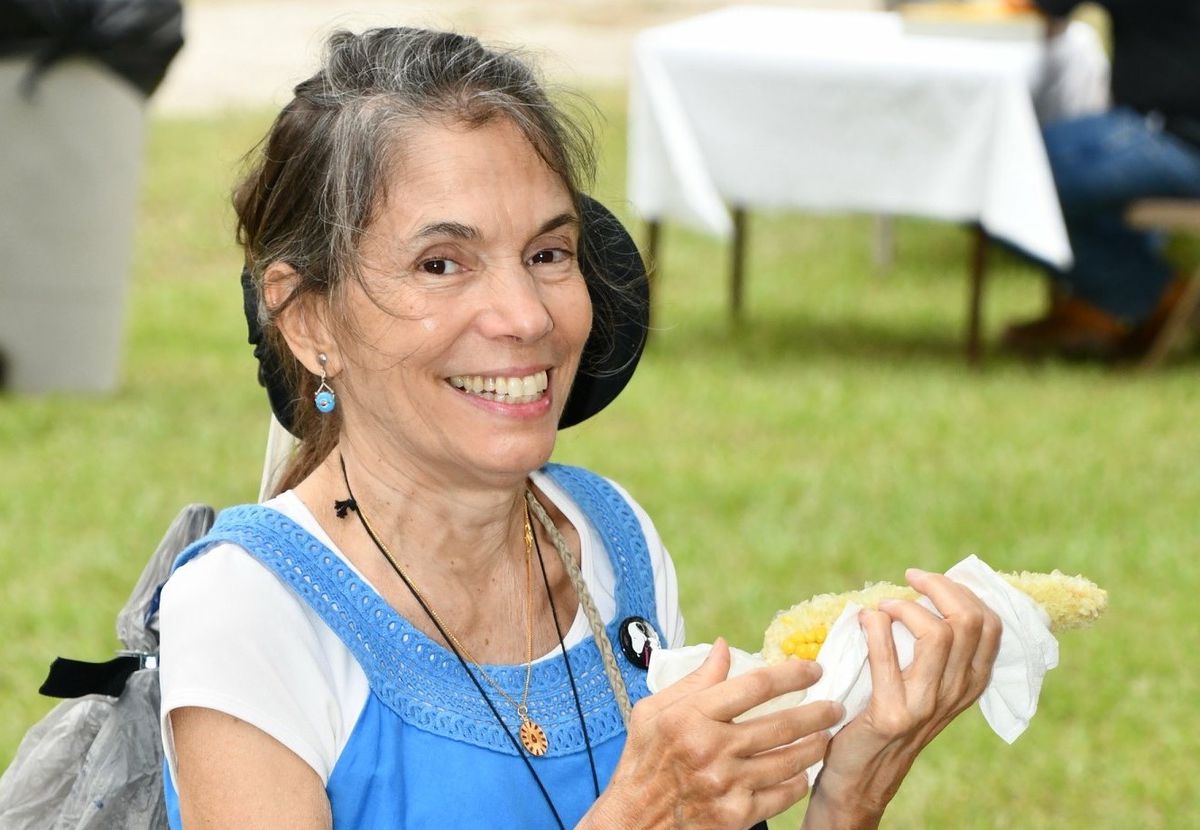 In the early morning dark of Oct. 11, 2004, Deborah Lyn Thompson left her apartment on Elm Street and headed to her job as a nurse at Avante Medical Center in Anchorage. It was 7:30 a.m., and as she opened the door of her Jeep, a man jumped out from behind her vehicle and attacked, stabbing her 10 times.

It was like the movie “Nightmare on Elm Street,” Thompson said.

Lying on the ground, she was unable to move and her eyes were sticky with blood, she said. Struggling to breathe, she managed to croak out, “Help, call 911 immediately. I’m badly hurt.”

She thought no one was coming. Then she heard the voice of a young man saying, “Hi, my name is Robert. 911 has been called.” He told her he was in the Air Force. Using his medical training, he applied pressure to Thompson’s wounds and tried to keep her from going into shock.

The man talked with Thompson as the ambulance sirens grew louder. She was rushed to Alaska Regional Hospital, she said, where she underwent multiple surgeries. She later learned she’d been stabbed in 10 times in the upper body, including three times in the head and once in the neck — leaving her partially paralyzed.

No one was ever arrested for the attack. When the first anniversary came around, Thompson said she was too afraid to stay in Alaska. She drove across the country to her hometown of Jacksonville, Florida, where she lives now.

For years, Thompson wondered about the person who saved her life. In the midst of her trauma, she wasn’t able find the man and thank him. When her initial searches failed, Thompson gave up.

Fifteen years later, with the help of Facebook and an old letter, Thompson finally found her hero. In June, Thompson reconnected with Rob Bruner, the man who found her that October morning in 2004.

Reached by phone in Florida, Thompson said she often gets emotional while telling the story of reconnecting with Bruner.

“All this time, I want to thank him for being my hero,” Thompson said. “And I think he should be honored with a medal from the military because he went well beyond.”

In 2005, soon after the attack, Thompson sent Bruner a letter after her mother tracked down his last name and address. But the letter was returned to her unopened.

Stashed away among old paperwork, the letter was lost and forgotten over the years. Then this spring, as Thompson cleaned her Florida home, she rediscovered it.

“In the shed, in my paperwork that I had kept, I found this small little card … with his name on it,” she said. While she didn’t have any luck finding him before, she thought it was worth another try, she said.

Thompson turned to Facebook in her renewed search. Requesting help on her page in late May, she received a response from a friend who is a private investigator. He volunteered his services to find Bruner, giving Thompson three phone numbers and two email addresses.

She called each number and sent emails to both addresses. A few weeks later, there was an email from Bruner. It turns out he had also tried to find her throughout the years and was amazed to get her email.

“It was a bit surreal. The world is a small place. It seems awful big,” said Bruner, now 36, when reached by phone in Idaho.

Bruner left the Air Force in 2007 and left Alaska the following year. He now lives in Idaho, working in information technology at a hospital.

“The amazing thing is, that is the same email address I had while I was living there ... which after (almost) 16 years is also surprising,” Bruner said.

The two reconnected in June over WhatsApp, discussing what they remembered from the attack.

Before getting on the call, Thompson grew very nervous, not knowing what to say.

“I was panic stricken … I was racing in my head and in my heart,” she said.

Bruner admitted that he was also nervous, but from there, conversation flowed smoothly. They talked about the seriousness of Thompson’s injuries, and how Bruner came to visit her at the hospital.

“It was fantastic, and he was 20 years old,” she said. “Imagine a 20-year-old in this society doing something like that.”

While working through what happened, they even found a small, comical moment.

“The first thing she said to me, which she told me she actually doesn’t remember saying at all, was, ‘Please stop the bleeding. I don’t have any diseases,’” Bruner said with a small laugh.

As for Thompson’s hope that Bruner would be recognized for his good deed, it turned out he had been honored by the military. In 2005, he was awarded the Air Force Commendation Medal for saving Thompson.

While social media helped bridge the gap, Thompson said she would never have been able to start looking for Bruner again if it wasn’t for the thank-you note she wrote years ago.

“For some reason, I saved it because I couldn’t find him,” she said. “I’m glad I kept it because otherwise, I never would have known his last name. All I knew was ‘Robert.‘”

“My throat would crack up because I could hardly talk because I was just so excited to have found him,” she said.

Now 62, Thompson has taken up painting, and this fall, she will share the story of her attack as a part of a living book project with the University of Florida’s Human Library.

“I call it my latest, greatest story,” Thompson said.