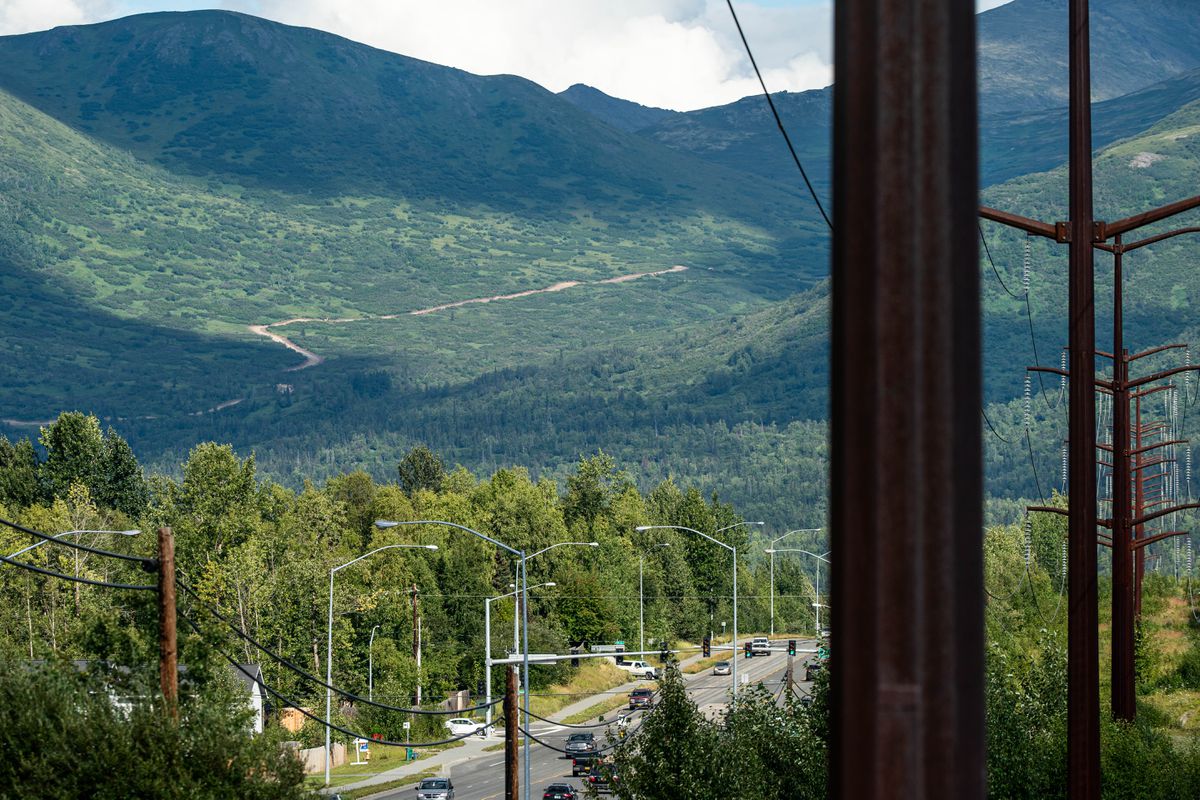 A road is under construction on military land in the Chugach mountains. (Loren Holmes / ADN)

A road is under construction on military land in the Chugach mountains. (Loren Holmes / ADN)

Joint Base Elmendorf-Richardson is building a roughly 4-mile gravel road that will help wildland firefighting crews access steep slopes in a training area in the Chugach front range.

The road runs just north of the Stuckagain Heights neighborhood on military land adjacent to Chugach State Park. It will run east from the existing Bulldog Trail road to the Snowhawk Creek area in the Richardson Training Area, said Erin Eaton, a media operations chief for the base.

The road — easily visible from Anchorage — was publicly proposed in September 2018, although officials have been discussing the project since 2013, according to an environmental assessment completed in spring 2015.

“That Environmental Assessment analyzed impacts from wildland fire prevention activities on JBER (prescribed burns within training areas to reduce fuel loads) and identified the need to maintain/build fire breaks and fire access roads to prevent an uncontrollable wildfire,” Eaton wrote in an email.

The area was previously accessible only by air or on foot. The new road will be wide enough for firefighting vehicles to pass and will act as a firebreak that could slow the spread of a wildfire.

Officials worried that if a wildfire were to start in the area, it could threaten nearby homes.

“By not constructing the trail, the chance of a wildfire escaping the installation boundary would persist because response methods are currently limited to aerial response,” Maj. Gen. Brian M. Killough wrote in a final finding on the project’s environmental impact. “An access trail would allow first responders and equipment to access the training area overland, thereby reducing emergency response time and lowering the probability of a wildfire originating in the RTA and escaping the installation boundary.”

The road will be about 60 feet wide and will be completed early next summer, Eaton said. Information about the cost of the project was not immediately available.

Note: This article has been updated to correct the rank of Maj. Gen. Brian M. Killough.