‘He will not be answering further questions’: A week after his resignation, mayor silent on conduct that led to his downfall 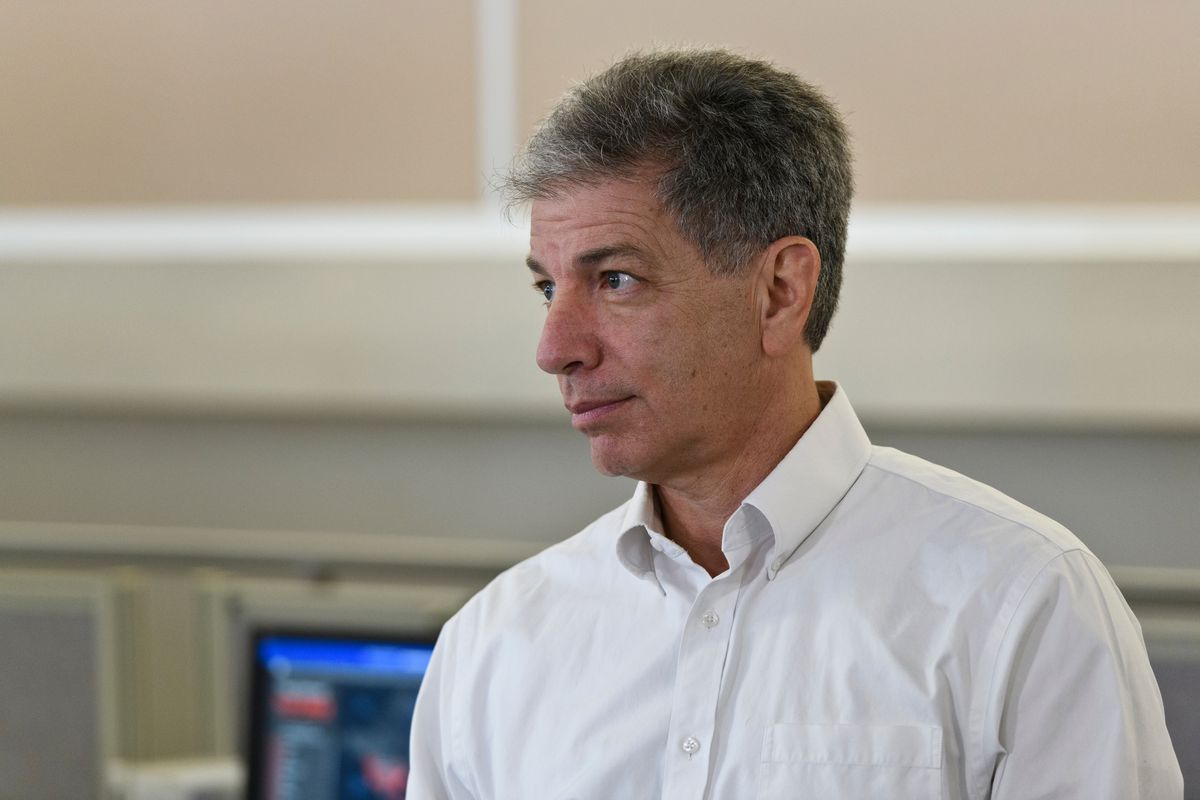 Although he remains mayor of Anchorage until Friday, Ethan Berkowitz has stopped answering questions about the conduct that led to his resignation.

The next day at 11:15 a.m. the Daily News sent Berkowitz a list of more than 35 questions, including whether he sent photos from City Hall and if he conducted similar messaging relationships to any other women while in office. City officials announced Berkowitz’s resignation six hours later.

As of Monday, Berkowitz has not answered the majority of the questions from the Daily News, nor does he plan to, said communications director Carolyn Hall.

“Consistent with the Mayor’s intent to return to life as a private citizen, he will not be answering further questions about purely private matters at this time,” she wrote in an email Oct. 16.

The relationship between Berkowitz, who is married, and Athens exploded into a convoluted public saga on Oct. 9, when the news anchor published a Facebook video promising to air a story on her assertion that the mayor had posted photos of his “male genitalia” on what she termed an “underage girl’s website.”

Berkowitz quickly responded, calling Athens' accusations untrue and “slanderous.” Minutes later Athens posted a nude photo of the mayor. Within hours she had been arrested for misdemeanor assault after a fight with her TV station boss.

The Anchorage Police Department and FBI investigated Athens' allegations against Berkowitz and found “no evidence of criminal conduct” by the mayor, APD spokesman MJ Thim said.

When Berkowitz resigned on Tuesday he apologized for letting his family down and asked for privacy.

One allegation Berkowitz has addressed is the matter of Athens' July 2017 DUI — which she says happened during their relationship.

Athens, in a Oct. 12 phone interview, said that she at one point asked Berkowitz to use his position as mayor to help her with the drunken driving charge.

The mayor’s spokeswoman said Berkowitz made no effort to intervene in the criminal case.

Municipal prosecutor Sarah Stanley said that none of the several city prosecutors who handled various hearings in the case reported any influence or contact by Berkowitz, and that the terms of Athens' resolution in the case were comparable to other similar DUIs.

Athens was sentenced to 30 days in jail with 22 suspended in the misdemeanor, first-time drunken driving case, Stanley said.

While refusing to speak about his behavior, Berkowitz did take the unusual step of releasing a voicemail message that Athens left on his phone, threatening his life. Anchorage police normally withhold audio and video evidence in ongoing criminal investigations.

Anchorage Assembly Member Austin Quinn-Davidson will become acting mayor when Berkowitz steps down on Friday. She was selected by other Assembly members on Friday to be Assembly chair, who becomes acting mayor if the elected mayor steps down.

“The mayor does not have official meetings on his calendar this week. He is working remotely, preparing for the upcoming transition," she said. "Municipal services continue to move forward without interruption.”