Pedestrian dies after being struck by SUV on Tudor Road 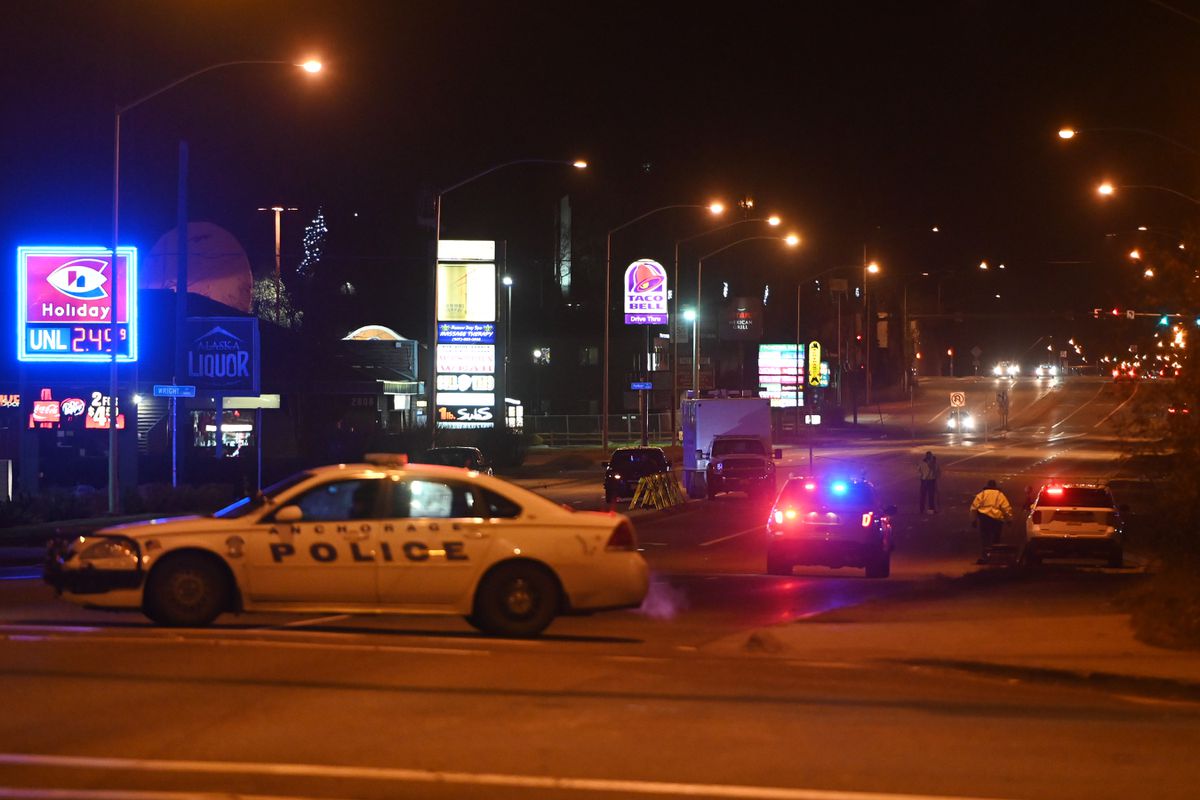 A woman died Saturday night after she was struck by an SUV while crossing an intersection of Tudor Road on foot, police said.

Officers were called to the intersection of East Tudor Road and Wright Street at 9:09 p.m., police wrote in an online statement. An SUV was westbound on East Tudor Road when a woman began to cross the street toward the Holiday Station, police said. The woman was not walking in a crosswalk when police said she was hit by the SUV.

She died at the scene, according to police. Her name was not immediately released.

The woman driving the SUV stayed on scene and police said she cooperated with the investigation. Charges were not filed Saturday night.

Westbound lanes of East Tudor Road were closed in the area Saturday night as investigators from the traffic unit examined the scene.

The woman was the eighth pedestrian to be killed by a vehicle in Anchorage this year. At the end of September, a pedestrian was hit by a vehicle at the same intersection. Police said she died in the hospital from injuries the day after the crash.