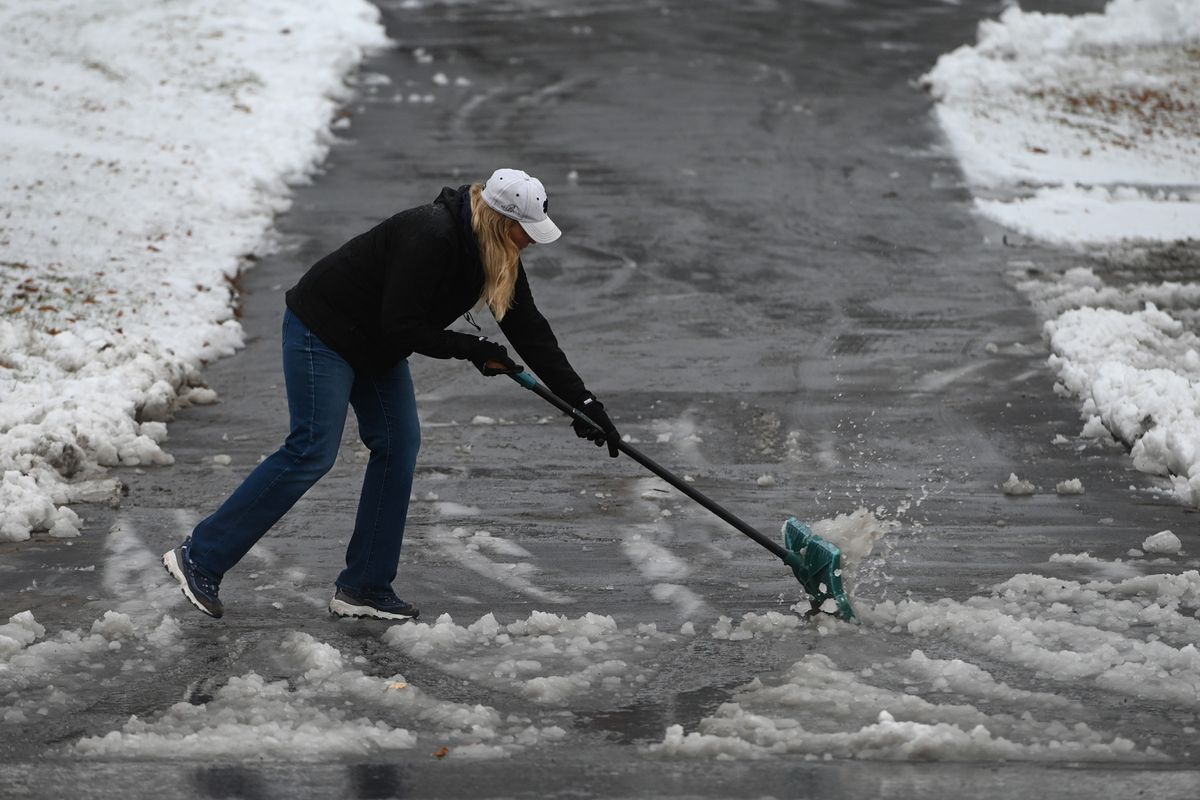 Teresa Severson shoveled wet heavy snow from a driveway on the Lower Hillside as it rained on Monday, Oct. 26, 2020. "You really have to put your back into it," said Severson. (Bill Roth / ADN)

Teresa Severson shoveled wet heavy snow from a driveway on the Lower Hillside as it rained on Monday, Oct. 26, 2020. "You really have to put your back into it," said Severson. (Bill Roth / ADN)

Snow was tapering off in Anchorage through Monday morning, with some accumulations in East Anchorage and north of the city, said National Weather Service meteorologist Kaitlyn O’Brien.

The storm was originally forecast to drop 4 to 8 inches of snow in Anchorage, but the area saw higher temperatures than predicted and O’Brien said the storm had mostly ended up as a cold rain instead of snow. She said most of the snow would likely melt throughout the day if it had not already disappeared.

O’Brien said snow was expected to continue falling throughout the Matanuska and Susitna valleys Monday afternoon, where temperatures remained slightly lower than in the Anchorage Bowl. A winter weather advisory in the area called for 3 to 7 inches of snow accumulation.

The weather service received reports ranging from 0.3 to 8.6 inches of snow. The Mountain View neighborhood had roughly an inch of snow by 7 a.m., 2.8 inches was recorded in Sutton just before 10 a.m. and Eagle River saw 8.6 inches of snow recorded around 9:30 a.m.

Anchorage will likely not see any snow on Halloween, she said.

Police urged drivers Monday morning to use caution, drive slowly and plan for the poor weather conditions by bringing emergency gear and leaving additional time to reach their destination.